TWO protesters have been killed in Myanmar after riot police "fired on demonstrators with live rounds" during the ongoing anti-coup protests.

Today has been the bloodiest day in more than two weeks of riots as police fired to disperse opponents of the military coup in Mandalay, media and medical staff reported. 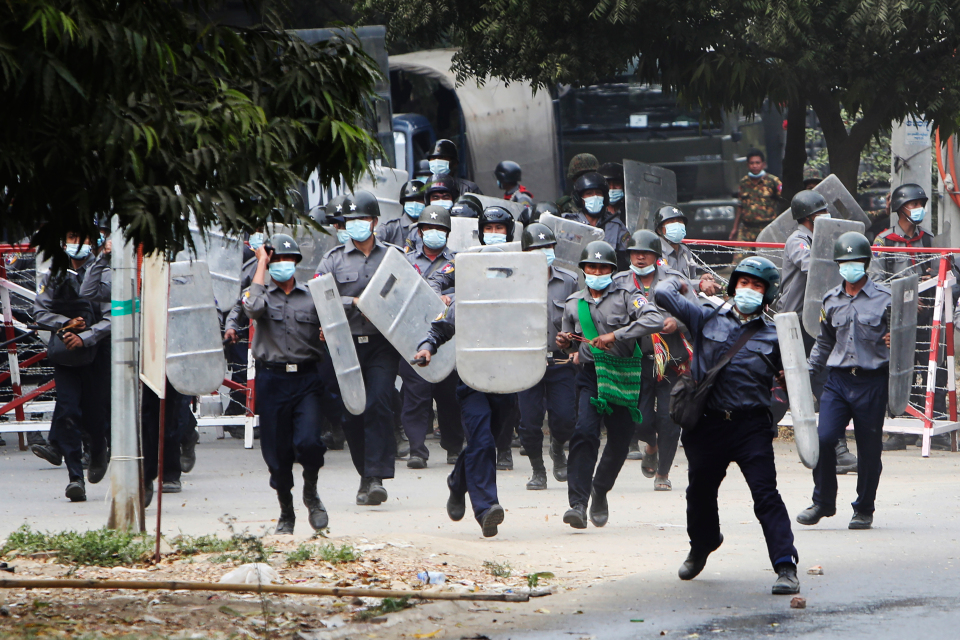 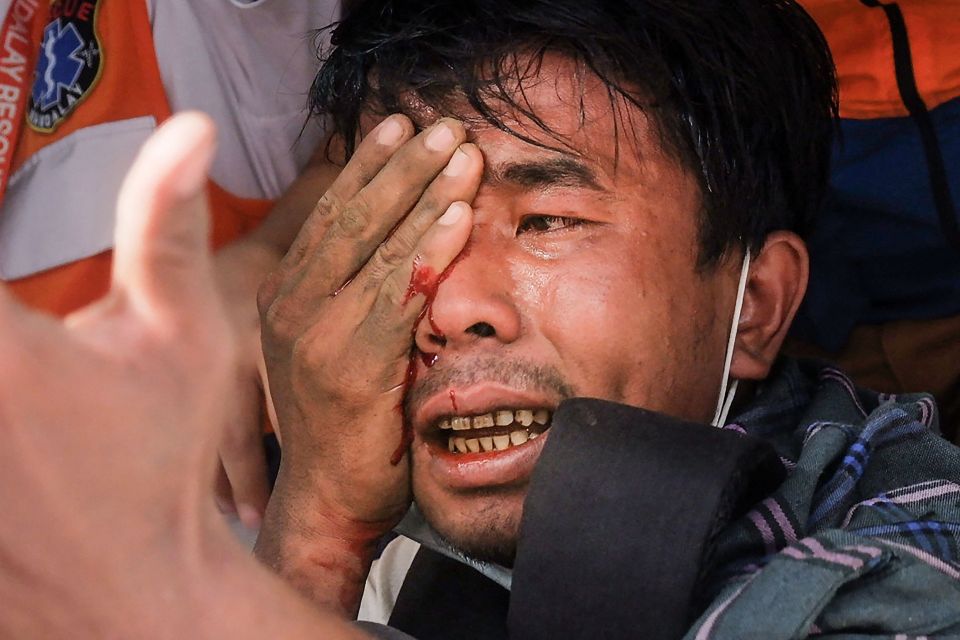 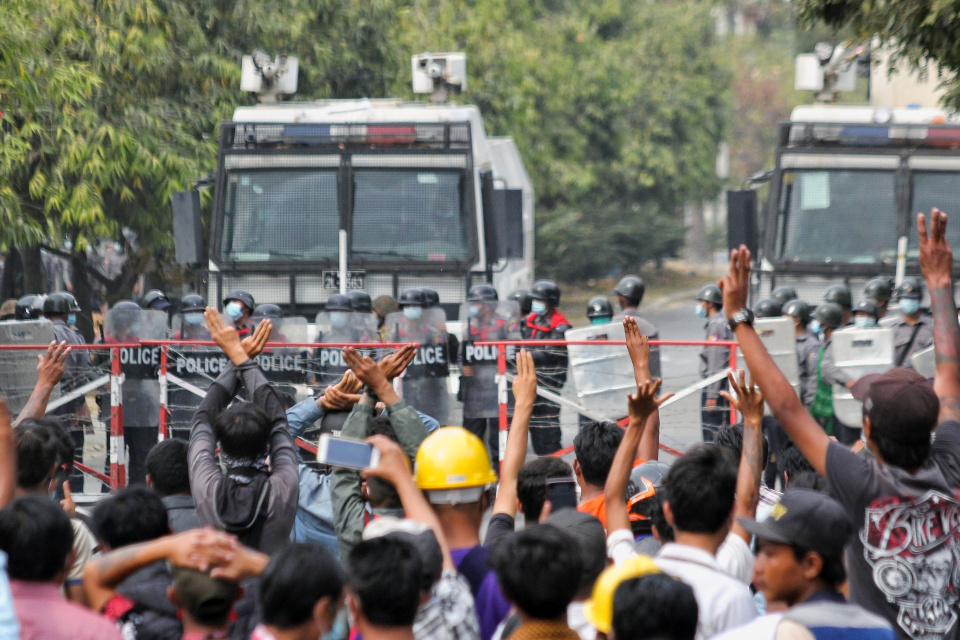 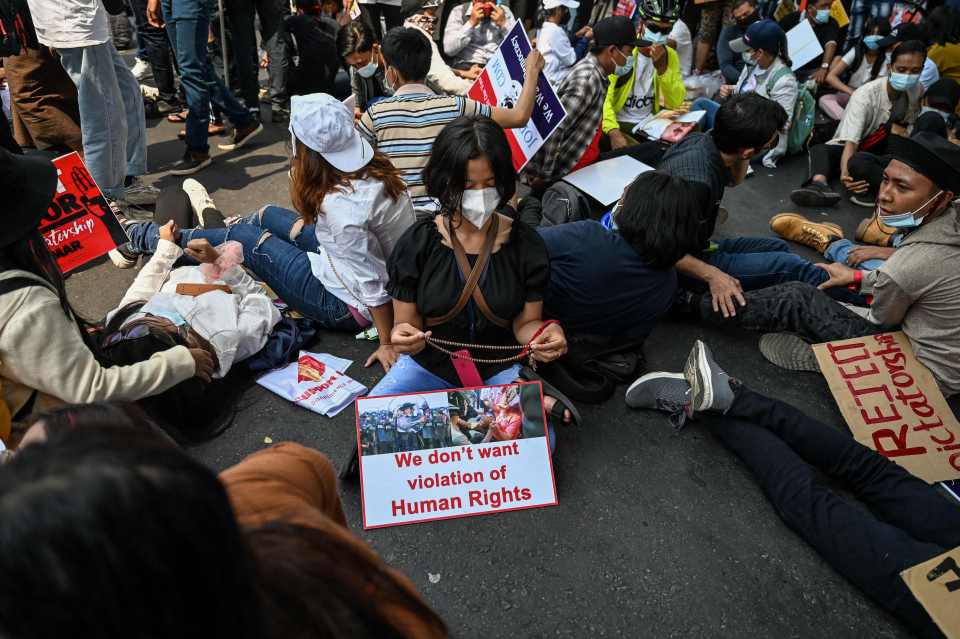 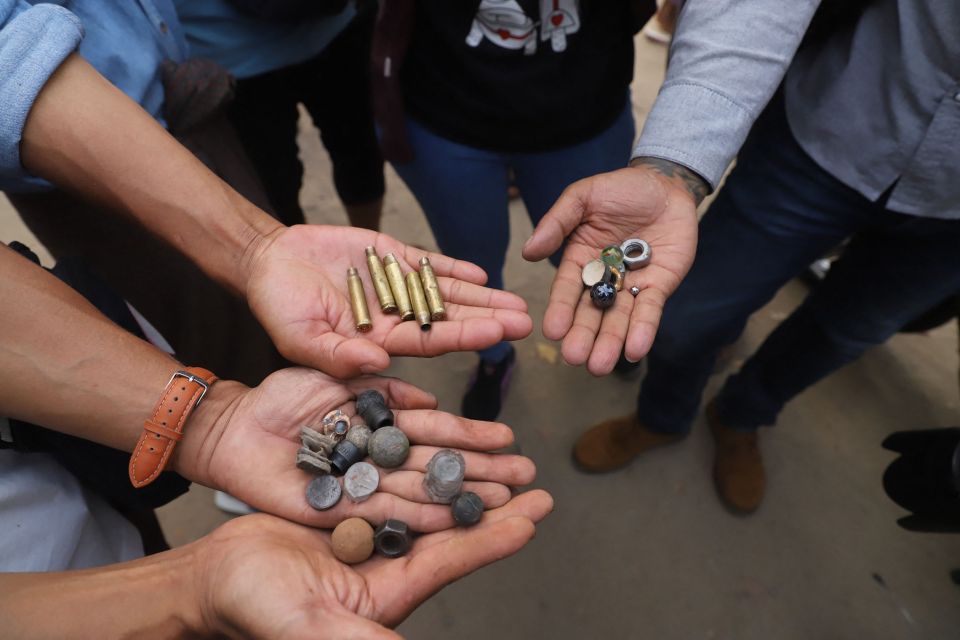 Protesters took to the streets in several cities and towns to demand an end to military rule and the release of elected leader Aung San Suu Kyi.

But tension escalated quickly in Mandalay where police and soldiers were confronting striking shipyard workers and other protesters.

Some of the demonstrators fired catapults at police as they played cat and mouse through riverside streets.

Police responded with tear gas and gun fire, though it was initially not clear if they were using live ammunition or rubber bullets.

One man died from a head wound, media workers including Lin Khaing, an assistant editor with the Voice of Myanmar media outlet in the city, and a volunteer doctor said.

Ko Aung and the doctor said a second man was shot in the chest and died later of his wound. 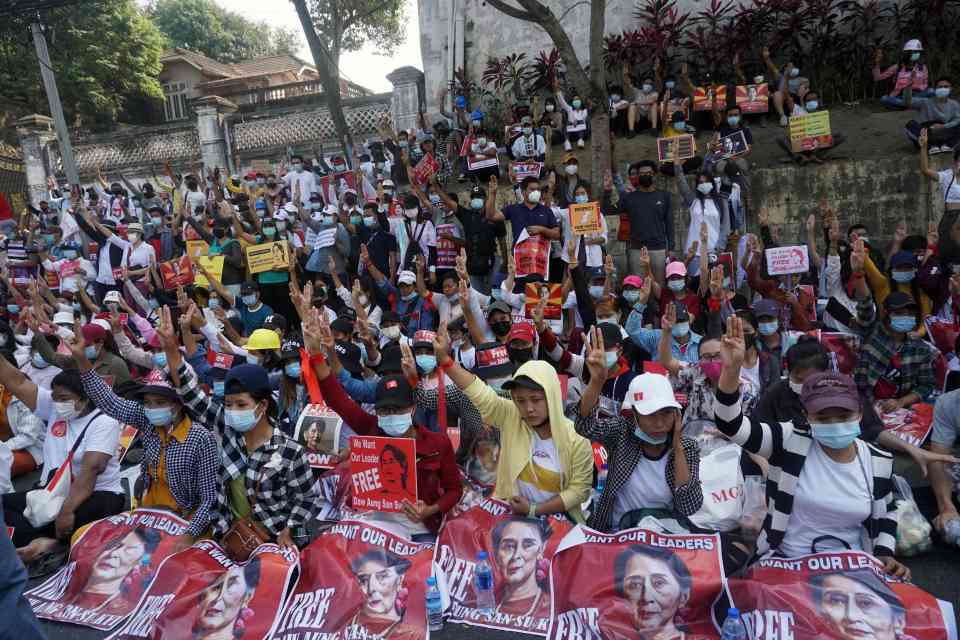 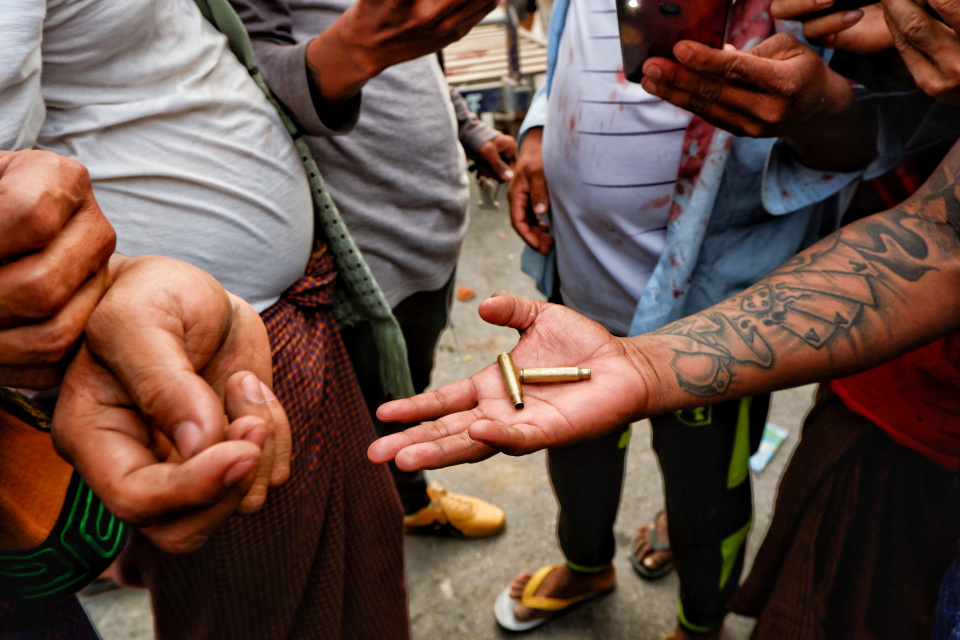 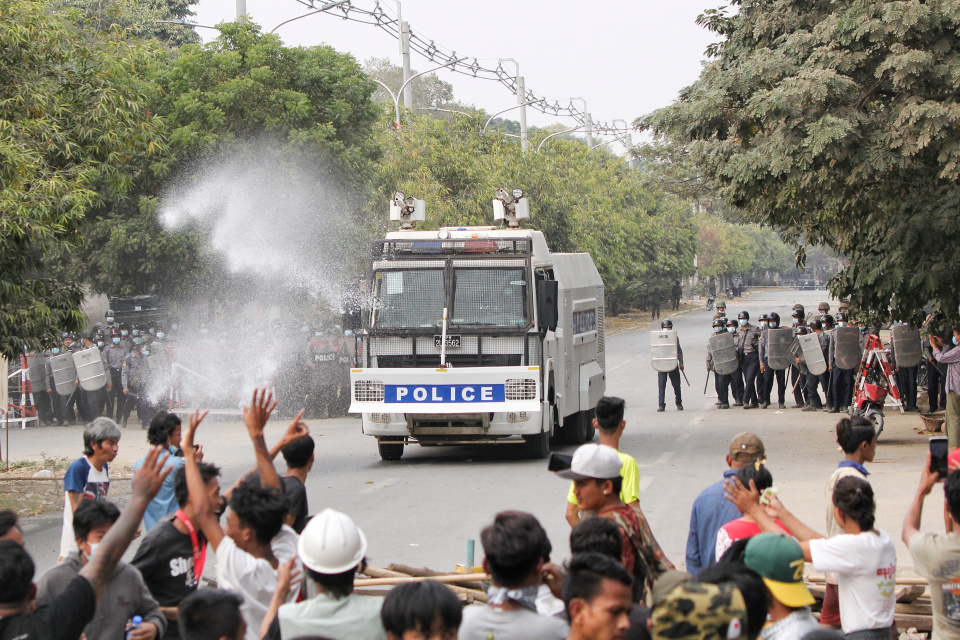 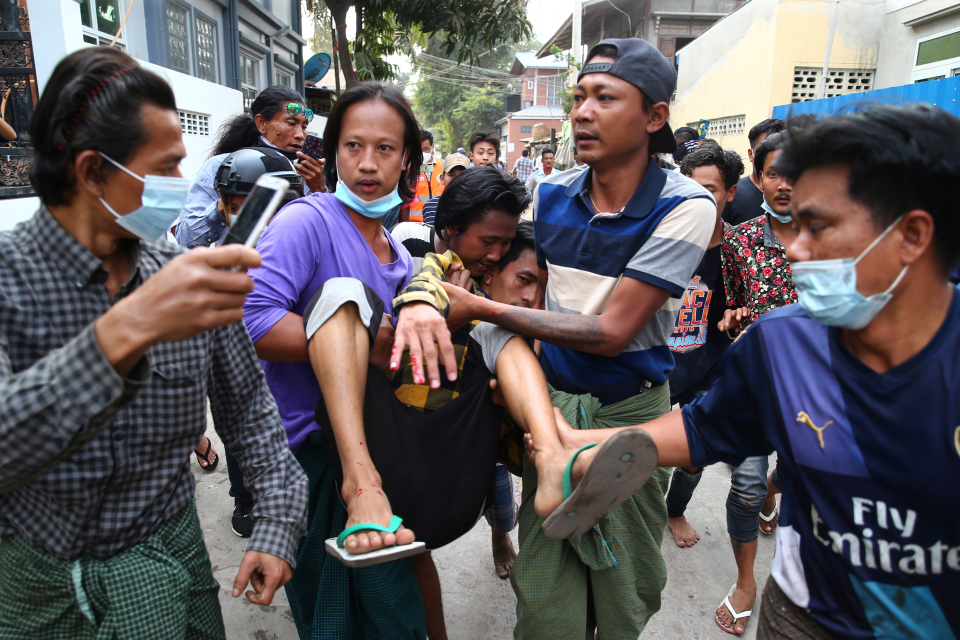 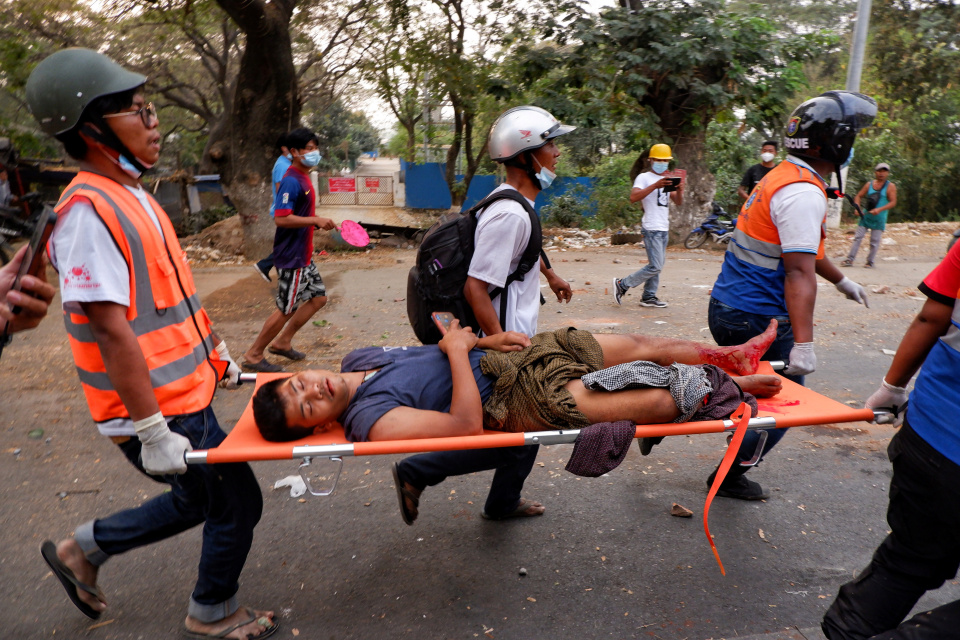 Earlier on Saturday, several thousand protesters gathered in the northern town of Myitkyina and confronted lines of police before dispersing.

Crowds also marched again peacefully through the ancient capital of Bagan and in Pathein in the Irrawaddy river delta.

The demonstrations and a civil disobedience campaign of strikes and other disruptions show no sign of dying down.

Opponents of the coup are sceptical of the army's promise to hold a new election and hand power to the winner.

A young woman protester died on Friday after being shot in the head last week as police dispersed a crowd in the capital, Naypyitaw, the first death among anti-coup demonstrators.

The army says one policeman died of injuries sustained in a protest.

The military has imposed heavy restrictions on the internet, with some social media sites suspended, as well as attempts at mass arrests.

The intervention ended a decade of civilian rule in Myanmar, with the military justifying its power grab by alleging fraud in the November elections that Suu Kyi's National League for Democracy (NLD) party won in a landslide.

The coup sparked global condemnation, with the United States leading calls for democracy to be immediately restored. 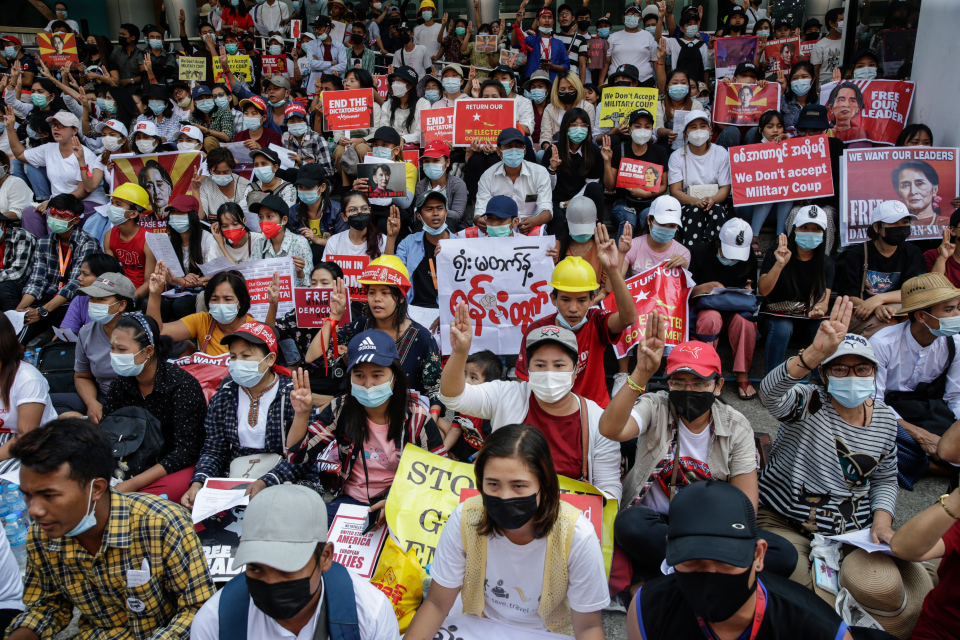 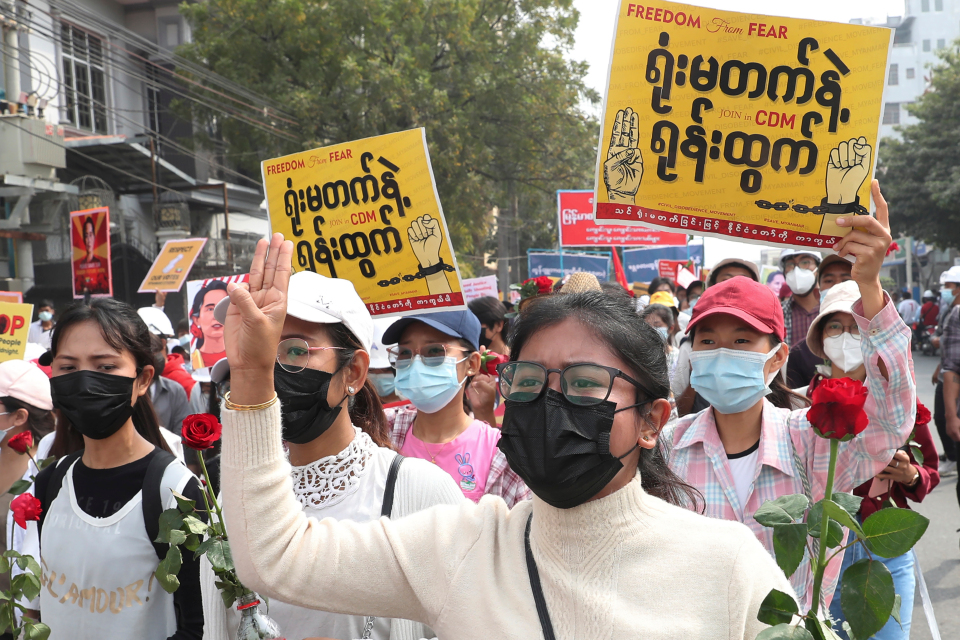 Model killed herself in lockdown after Edinburgh University 'failings'