The parcel contained up to 10 kilograms of the white powder, which police suspect may be cocaine. Organised crime detectives seized the package for testing. 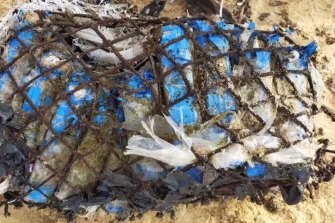 The suspicious package that washed up on Malabar Beach on Saturday.Credit:Nine News

The parcel was discovered by a 27-year-old man who was scouring the beach with a metal detector on Saturday morning.

Police closed a section of the beach and declared it a crime scene.

“There were two police officers there for a little bit and then more joined them and then the chopper came,” witness Jake O’Flynn told Nine News.

“It was pretty obvious to me what it was … there were definitely a few kilos in it, you could blatantly see that there were individual packages inside it.”

The discovery comes a fortnight after similar packages washed up on Queensland’s Hinchinbrook Island.

The 10 one-kilogram packages also contained a suspicious white powder, which police believe to be cocaine worth up to $3 million. 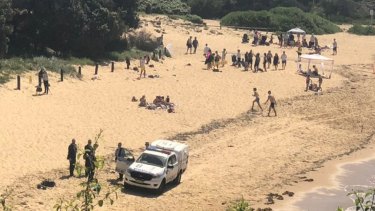 Malabar Beach after the package was found.Credit:Nine News

Detective Inspector Kevin Goan told reporters at the time the drug parcels appeared to have been adrift in the ocean for some time before they were discovered. He said they could have posed a danger to the public if they had not been immediately turned in.

“With the degradation of the of the substance, we say there is a potential health risk if people were to find similar packages and endeavour to consume it,” he said.

Our Morning Edition newsletter is a curated guide to the most important and interesting stories, analysis and insights. Sign up to The Sydney Morning Herald’s newsletter here.