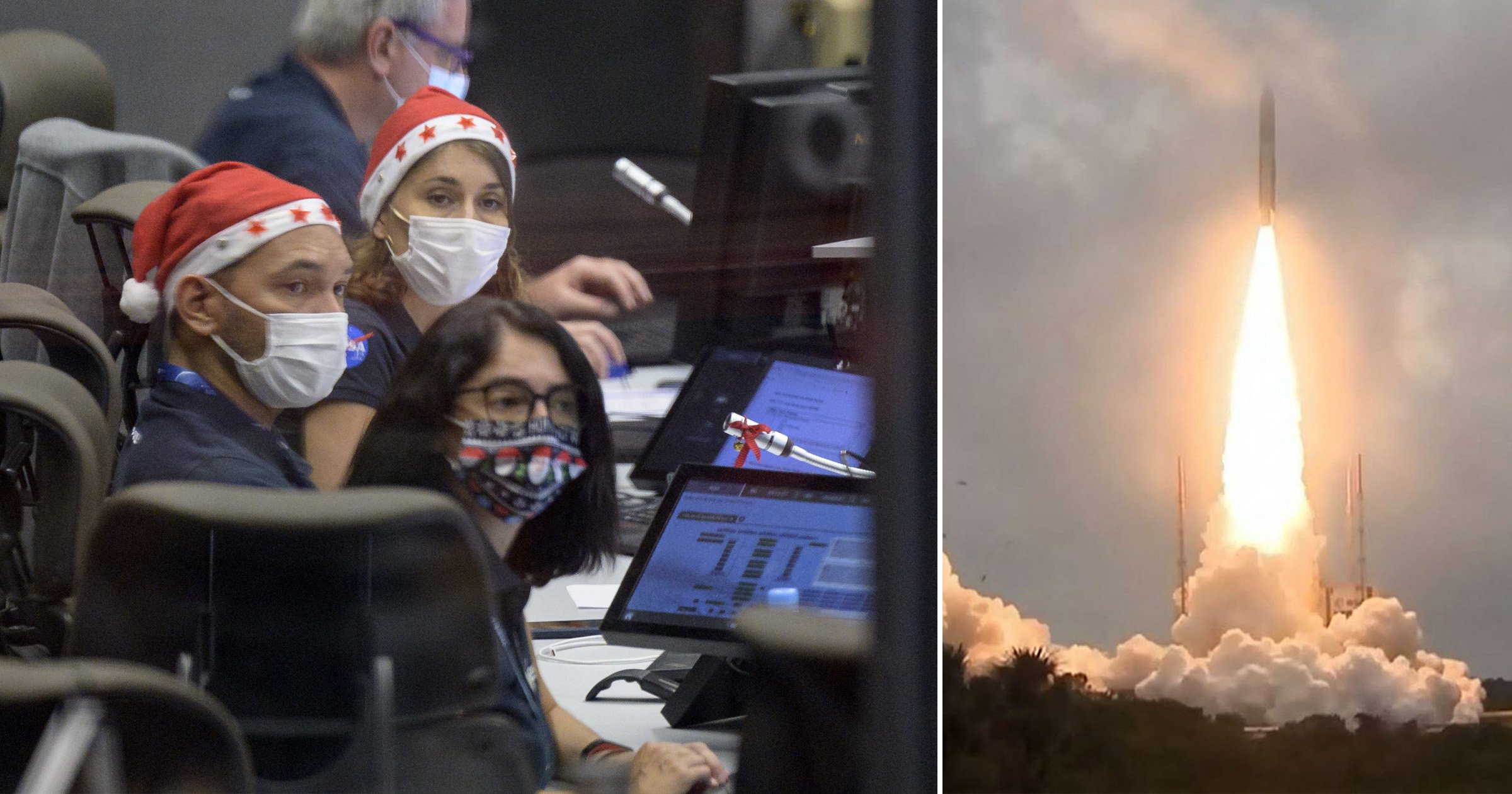 Nasa has launched the most powerful space telescope ever on Christmas Day.

The James Webb Space Telescope took off at 12.20pm UK time after being rescheduled from Christmas Eve due to high winds.

It launched from Kourou spaceport in French Guiana on an Ariane 5 rocket.

As people around the world watched on a livestream, Nasa spokesman Rob Navias said: ‘Lift-off, from a tropical rainforest to the edge of time itself, James Webb begins a voyage back to the birth of the universe.’

The telescope follows in the footsteps of the Hubble telescope as the next great space observatory.

Nasa said it marked ‘the beginning of a new, exciting decade of science’ and would ‘change our understanding of space as we know it’.

A countdown in French was given ahead of the launch, before lift-off was declared.

Scientists from Durham University are among a team of 50 researchers from around the world taking part in the Cosmos-Webb programme, which will use the new telescope to survey a patch of sky near the constellation Sextans.

The plan is to map the dark matter around galaxies with the aim of unlocking the secrets of the mysterious substance that makes up the majority of matter in the universe.

Nasa has high expectations for the telescope to ‘study every phase in the history of our universe, ranging from the first luminous glows after the Big Bang, to the formation of solar systems capable of supporting life on planets like Earth, to the evolution of our own solar system’.

As part of the buildup to the highly anticipated launch today, the space organisation released a trailer nudging us to ‘prepare for a new way to see the universe’.

The Webb telescope is 100 times more powerful than the Hubble Space Telescope that’s been beaming back incredible images of space for three decades.

It features a huge gold-plated mirror with a diameter of 6.5 meters that will capture light from some of the faintest objects in the universe.

It also includes a giant sun shield the size of a tennis court, which, along with the mirror, has been folded to fit inside the rocket for launch. Once deployed, both the sun shield and mirror will fully open to allow the Webb telescope to begin its work.

Got a story? Get in touch with our news team by emailing us at [email protected] Or you can submit your videos and pictures here.

Trump Is Wildly Unpopular — So Why Are People Predicting He’ll Be Re-Elected? [Opinion]

Logan Williams Dies: ‘The Flash’ And ‘When Calls The Heart’ Actor Was 16

The best ways to impress your guests during the holidays

Luke Mitchell takes lead in new US series The Code