British mother Nazanin Zaghari-Ratcliffe has collapsed unconscious in her jail in Iran, her husband has revealed.

The charity worker, from Hampstead, north London, suffered two panic attacks yesterday and today and passed out, according to husband Richard Ratcliffe.

It comes just days after the 40-year-old was reunited with her family, including her four-year-old daughter Gabriella, during a three-day temporary release. She applied for an extension, but it was denied and she returned to her cell.

A local journalist claimed Mrs Zaghari-Ratcliffe had been taken to an external hospital. 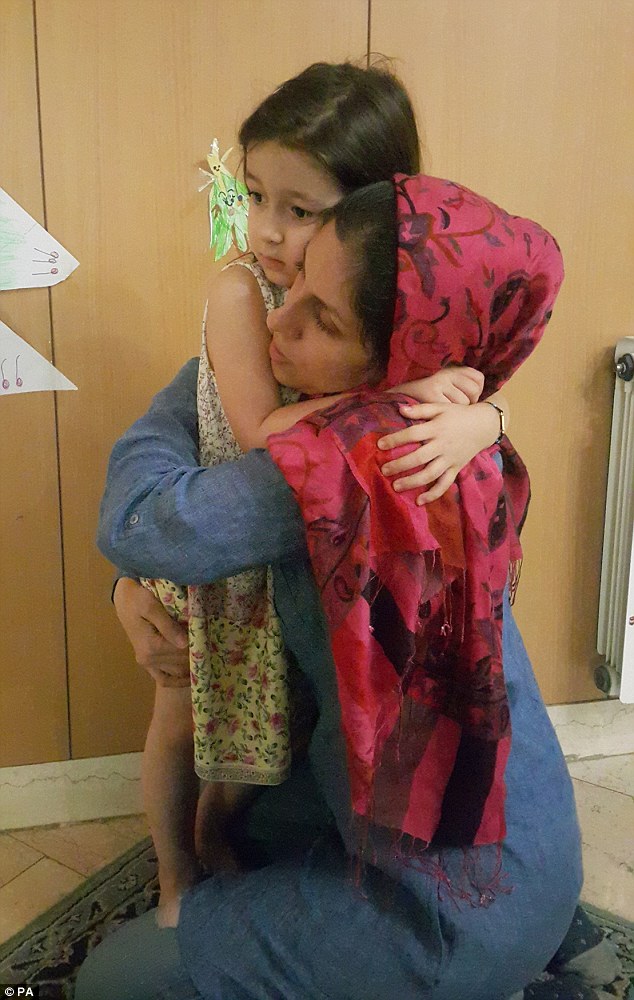 British mother Nazanin Zaghari-Ratcliffe has collapsed unconscious in her jail in Iran, her husband has revealed. Nazanin is pictured saying goodbye to her young daughter Gabriella as her temporary release from prison came to an end 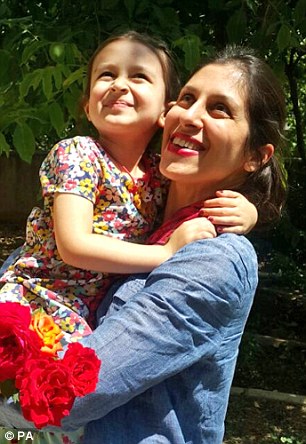 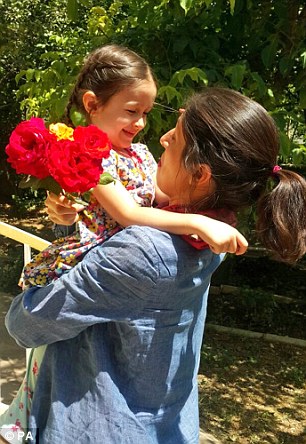 Mrs Zaghari-Ratcliffe (pictured with her daughter Gabriella), who is British-Iranian, was sentenced to five years in prison in 2016 after being accused of spying by Tehran’s Islamist regime

But Mr Ratcliffe told Mirror Online: ‘She definitely had two panic attacks yesterday and today and passed out. She was definitely transferred to the prison clinic. I have not had it confirmed she has been sent to an external hospital yet.’

The local Iranian journalist added this morning: ‘After an anxiety attack in the prison, (she was) transferred to hospital. According (to) her friends in the prison, she was not able to move her arms and legs and finally fainted.’

Just days ago, Mrs Zaghari-Ratcliffe could be seen hugging little Gabriella, who burst into tears when she was told her mother was returning to prison.

According to CNN, Mrs Zaghari-Ratcliffe said she was delighted to ‘see normal life again’ at the weekend but that she was losing her faith in a ‘dark world’.

She said: ‘This feels a dark world. I used to pray but these past two years I’ve lost much of my faith. Who would take a child from their mother?’

‘I was so happy yesterday walking in the street seeing normal life again.’

Saying she had envied people in the street who were walking and holding their children’s hands, she said: ‘I just want a normal life’. 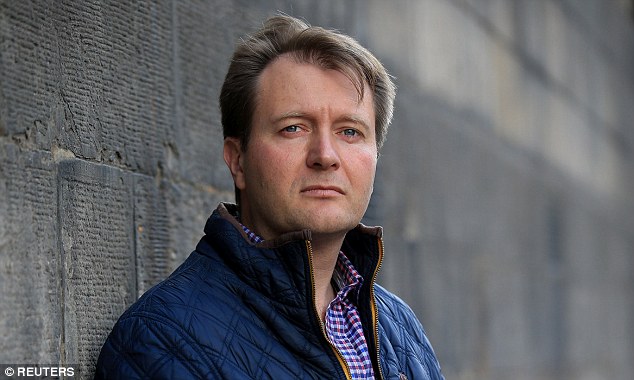 The charity worker, from Hampstead, north London , suffered two panic attacks yesterday and today and passed out, according to husband Richard Ratcliffe (pictured)

Mrs Zaghari-Ratcliffe, who is British-Iranian, was sentenced to five years in prison in 2016 after being accused of spying by Tehran’s Islamist regime.

She has consistently denied all allegations, insisting she was on holiday to introduce Gabriella to family.

Gabriella has been staying with family since Mrs Zaghari-Ratcliffe, who works for the Thomson Reuters Foundation, was detained at Imam Khomeini airport in April 2016.

Mrs Zaghari-Ratcliffe was released from Evin prison in Tehran on Thursday morning after two years in jail and was with her family and daughter in nearby Damavand.

Husband Richard Ratcliffe said his wife was told by the Iranian authorities that she would have to return to the prison by sunset.

He said: ‘After discussion with her family in Iran, Nazanin decided that she would go into prison. She did not want to be dragged out of the house in front of her baby, but would walk into prison with her head held high.’

Nazanin ‘waited for Gabriella to wake up before saying goodbye, and left her family home to return to Evin prison’, he said.

‘She promised Gabriella that the next time she saw her it would be forever not just for a few days, for proper freedom, not just for furlough.

‘And next time they will go back to London to be with daddy.’

Kate Allen, of Amnesty International UK, said: ‘This is a crushing disappointment.

‘There were real hopes that not only would her three-day furlough be extended, but that her permanent and unconditional release was also just around the corner.

‘We shouldn’t lose sight of what Nazanin has had to endure – nearly two-and-a-half years behind bars, eight gruelling months of solitary confinement without a lawyer, a deeply unfair trial, and also being subjected to a string of unfounded accusations from the Iranian authorities.

‘Nazanin is a prisoner of conscience who should never have been jailed in the first place.

‘Anything the UK Government can now do to speed up the process of permanently freeing Nazanin, should be done.’

‘The sooner that Nazanin is able to travel back to the UK with her young daughter Gabriella, the better.’

Prior to the decision to send Ms Zaghari-Ratcliffe back to prison her husband said: ‘The agony goes on – it’s going to be a very worrying day,’

‘If she doesn’t get an extension, it will be a blow to all of us, but most of all to her: to be back in jail after tasting freedom for just three days would be very hard.’

Mr Ratcliffe, from North London, said that before learning that there would be no decision over the possible extension at the weekend, the family was able to enjoy an outing to a coffee shop yesterday- where he was able to talk to them via Skype.

He has applied for an Iranian visa, and was hoping if charity worker Nazanin gets the extension and his request is granted, he will try to visit her.

But he added: ‘Until Nazanin is really home, she’s not home.’

He and the family’s lawyer had not expected her to be granted even a three-day spell of freedom after being refused earlier requests, ‘and it would be naïve to suggest that this is the beginning of the end, or to assume that from now on, it’s going to be plain sailing. It’s been a huge process just to get this far.’

Last year, then Foreign Secretary Boris Johnson was forced to apologise after falsely stating Nazanin had been in Iran to train local journalists – a claim which may still cause years to be added to her sentence.

Mr Ratcliffe could not say whether Mr Johnson’s resignation in July had made a difference, but added: ‘It’s very clear [his successor] Jeremy Hunt really cares.’

Mr Hunt is considering whether to grant official diplomatic protection to Nazanin, who has dual British-Iranian nationality, to increase the pressure on the Iranians.

Mr Ratcliffe said this had to be carefully considered, though, as rather than help, it might hinder her chances of permanent freedom.

There are thought to be at least a dozen dual British-Iranian nationals in detention, most of whose cases have not been publicised at the request of their families.

Almost 5,000 more people die from heart problems since the start of the coronavirus pandemic