Home » World News » ‘Nazi Grandma’, 89, on the run in Germany arrested and sent to prison

‘Nazi Grandma’, 89, who went on the run in Germany to escape a jail sentence for denying the Holocaust is arrested and sent to prison

A notorious elderly German neo-Nazi, who went on the run to try and escape a jail sentence for Holocaust denial, has been arrested and sent to prison.

Ursula Haverbeck, 89, was picked up at her home in the town of Vlotho in central Germany, after a five-day manhunt, authorities said.

Haverbeck, nicknamed ‘The Nazi Grandma’ in German media, had been sentenced to two years in jail for denying the Holocaust, a crime in Germany, but failed to turn up to prison on time. 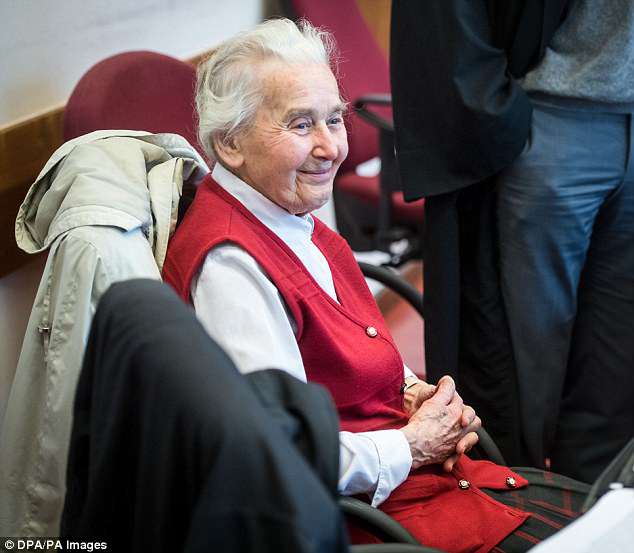 Nazi nan: Ursula Haverbeck, 89, pictured during a court appearance in November, failed to turn up to prison to begin her two-year sentence for denying the Holocaust

When police went to retrieve the elderly grandmother, they found that her house was empty and her car was missing, and began a search for her.

It was not immediately clear when Haverbeck returned home, where police found her on Monday.

She was arrested by Herford police and immediately transferred to a correctional facility where she is now beginning her sentence.

Haverbeck is a notorious extremist who was once chairwoman of a far-right training centre shut down in 2008 for spreading Nazi propaganda.

She had also appeared on television to declare that ‘the Holocaust is the biggest and most sustainable lie in history’. 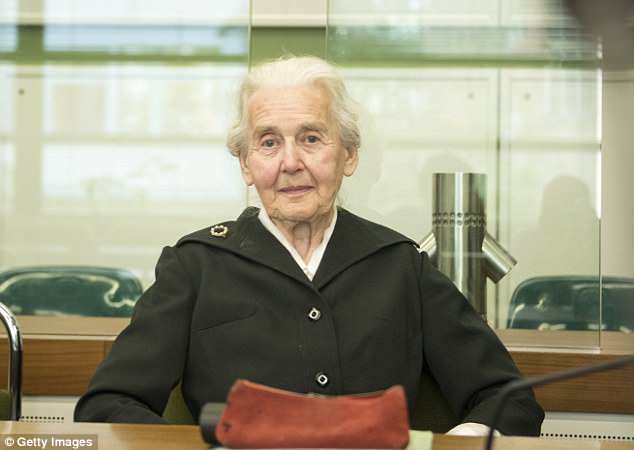 Rogue: Haverbeck, nicknamed ‘The Nazi Grandma’, pictured in court in September, has been convicted of Holocaust denial several times, but had avoided prison due to lengthy appeals 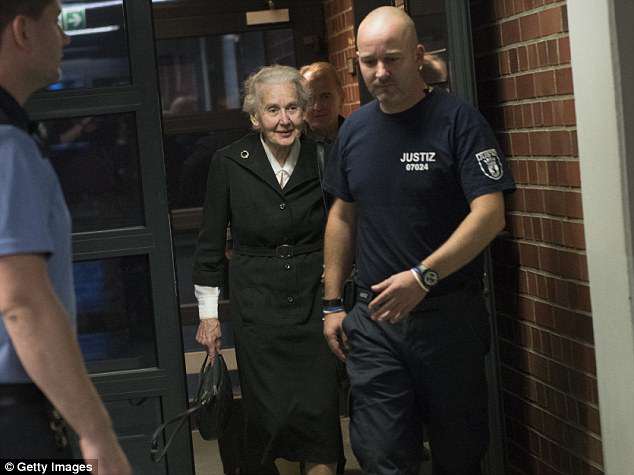 Manhunt: When police went to Haverbeck’s home to fetch her, they found her gone and launched a search for her which lasted five days

Haverbeck has been convicted of Holocaust denial several times, but had avoided prison due to lengthy appeals. 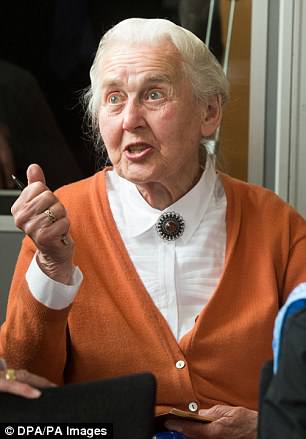 Evil: Haverbeck’s husband was a senior in the Nazi Party during World War II

Her most recent conviction came after she  published an article in a neo-Nazi magazine in which she argued that Auschwitz was a labour camp and not the death camp.

Haverbeck’s lawyer argued that what she wrote was covered by the country’s free speech laws but she was convicted of incitement and sentenced in September.

Her husband Werner Georg Haverbeck, had a position in the Nazi’s national leadership during World War II and after the war, the couple openly preached their far-right views maintaining close ties to several neo-Nazi groups.

Even after her husband died in 1999, Ursula continued to hold and preach these views, even meeting infamous neo-Nazis such as Horst Mahler.

There was careful deliberation over whether Haverbeck was physically fit enough to endure two years in jail but last week the state prosecutor’s office wrote to her saying she should report to prison to start her sentence on 2nd May.

It is not known where she hid for the five days up to her arrest on Monday.

Time to switch from Freeview? Sky offers low price and that’s not all