Jean Marie Thrower, a former military officer who stayed behind in Afghanistan as a volunteer, says she is ‘appalled by our administration and how they have disrespected Americans and our allies.’

Rep. Greg Murphy, R-N.C., is one of many members of Congress involved in the ongoing effort to help get Americans and U.S. allies out of Afghanistan, but in his office, it’s a group effort.

After the Biden administration ordered a complete withdrawal of all U.S. troops from the country by Aug. 31, officials estimate at least 100 Americans, according to White House chief of staff Ron Klain, and thousands of other Afghan allies are still trapped within Afghanistan’s borders under the Taliban’s rule.

“Our State Department has been deplorable. Their response —  if they do call back — has been utterly deplorable,” Murphy said of his office’s efforts to help those left in Afghanistan.

The Department has been overwhelmed with requests for help, and Murphy added that the U.S. no longer has any “assets” on the ground in Afghanistan.

“We don’t have an embassy there,” the congressman, who represents the district with the sixth–largest veteran population in the country, said. “We did, prior to our full departure, [have] things like Operation Pineapple that use former vets, special ops — those types of individuals to evacuate people.” 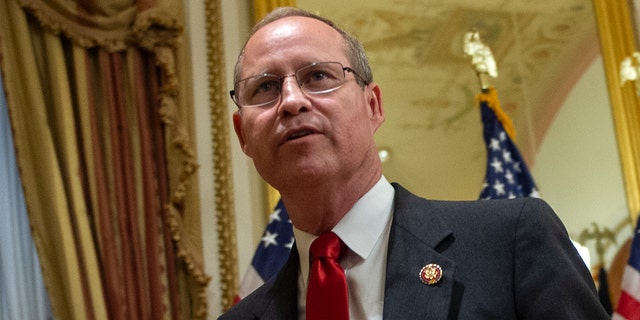 Newly sworn in Greg Murphy, R-N.C., departs after posing during a photo op with his family and Speaker of the House Nancy Pelosi, D-Calif., in Washington on Tuesday September 17, 2019. (Photo by Caroline Brehman/CQ-Roll Call, Inc via Getty Images)

Now, a group of thousands of individuals with different areas of expertise but one common goal are working to get Americans and allies out of the country through an online network that has become known as “digital Dunkirk.”

One of Murphy’s staffers, who served in Afghanistan until July of 2020 and is now a student at Georgetown University, is part of that network.

“We were responsible for securing the airfield. We had a lot of interpreters that worked for us,” Kevin Ryan told Fox News Digital of his time in Afghanistan. “Once the collapse happened, interpreters started to reach out to us asking for help, saying they were stuck.”

Two of the interpreters who sought help from Ryan “were unable to get out” of the country “because their paperwork hadn’t been processed in time.” Helping those two individuals brought Ryan down a path of helping a handful of others.

Murphy’s office is working to help some 740 individuals escape Afghanistan.

“What started with a family of four and one single interpreters burgeoned from that into…10 people that are stuck there, including three young children. Larger than that, there’s another group of 70. And then the total pools is between 700 and 800 people…who are trying to get out of Afghanistan through this office,” Ryan explained.

Veterans have been communicating with Afghans on the ground through encrypted messaging apps like Singal and WhatsApp, he said. 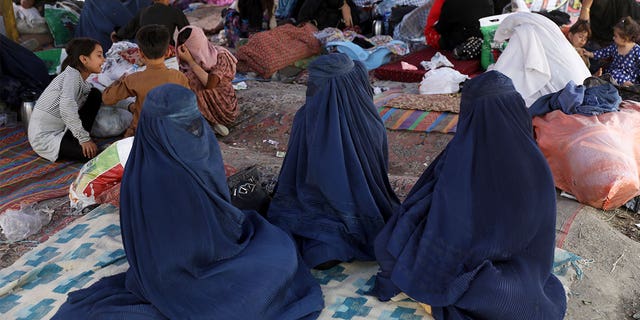 Internally displaced Afghans from northern provinces, who fled their home due to fighting between the Taliban and Afghan security personnel, take refuge in a public park Kabul, Afghanistan, Friday, Aug. 13, 2021. (AP Photo/Rahmat Gul)

The network is helping to fill in a gap that the U.S. government left when it exited Afghanistan to facilitate the safe passage of Americans and Afghans trapped abroad.

Ryan added that there are a number of moving parts that require different skillsets, which is what makes the Digital Dunkirk network so unique.

“These operations require so many different skillsets from knowing how to navigate through Taliban checkpoints to…sourcing millions of dollars to get charter flights and pay for safe passage. … It’s not just veterans. It’s not just Americans, either. There are a lot of multilateral organizations that are working together to try and help people in dire situations,” Ryan said.

Murphy said that outrage with the U.S. Military’s withdrawal varies by type of veteran.

“Depending upon the type of veteran — you know, Afghanistan veteran versus Korea veteran versus previous veterans — there are different types of outrage,” the congressman explained. “From the older veterans, there’s indignant outrage…that this is not standard operating procedure in what was done. You don’t remove the military before you remove civilians.” 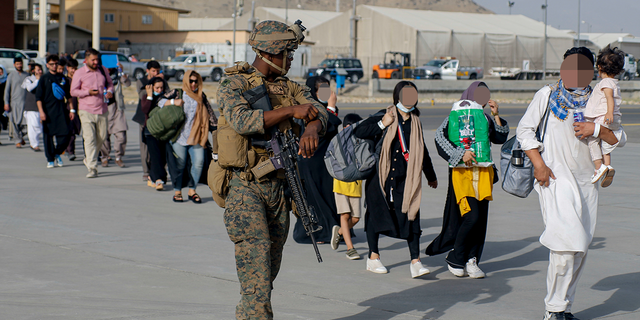 Older veterans also feel a sense of “being ashamed with the way the Secretary of Defense acted and the Joint Cheifs of Staff acted.”

Younger veterans, like Ryan, “have a much more visceral, guttural response because they know people intimately.”

“It’s much more of an intimate response. It’s just like leaving your brother behind,” Murphy said.

Federal officials are in the process of relocating thousands of Afghan refugees who were evacuated prior to the permanent U.S. withdrawal from the country at the end of September. Earlier this month, Secretary of State Tony Blinken traveled to Ramstein Air Base in Germany to meet with unaccompanied Afghan children housed at the facility.

Mr Inbetween is a killer show, with a killer smile