NEIGHBORS stepped in to protect a group of Black teens being held at gunpoint by cop.

Video shows neighbors begging a Georgia cop not to shoot at the teens in the Monday incident. 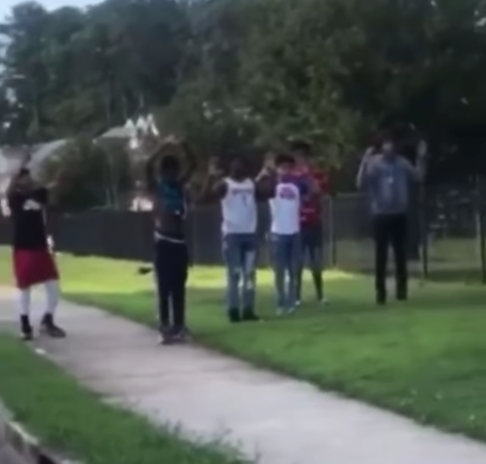 "Please, why the f**k you got a gun out? Oh my god," a woman recording the incident said to the cop.

The teens stood with their hands in the air as the officer held his gun. 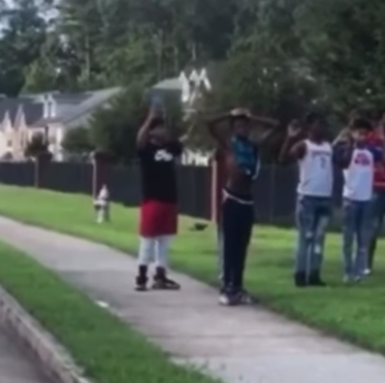 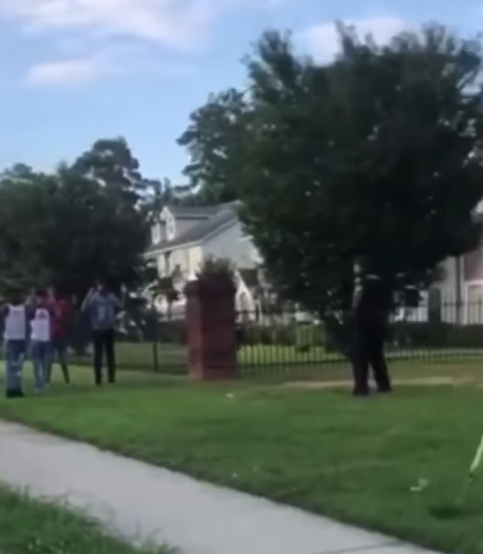 "Come on sir. They're kids! They're babies!"

Other people watching the incident told the officer not to shoot.

"We got y'all, it's alright," another person said to the teens.

The group remained motionless as they held their hands in the air.

"They're not even legal yet!" a man yelled at the officer.

"It's one against five," the cop said.

"But why you have a gun? a woman yelled.

Shanelle Ladd, who took a video of the incident, told CNN that "about 30" people gathered and told the teens to "remain calm" in the incident.

"Every black child is not a suspect. We should not be treated that way," Ladd told CNN. 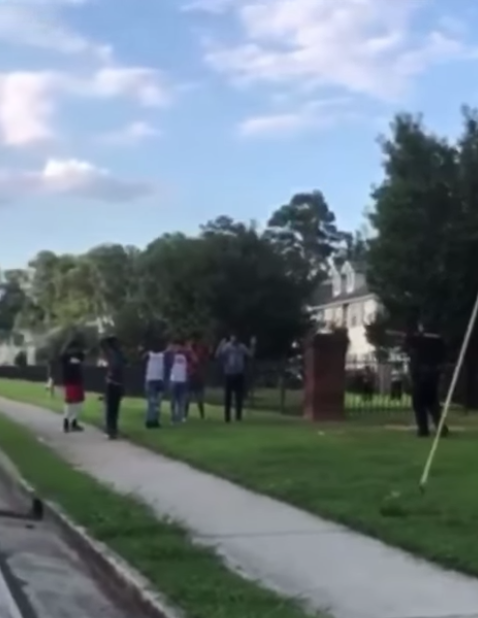 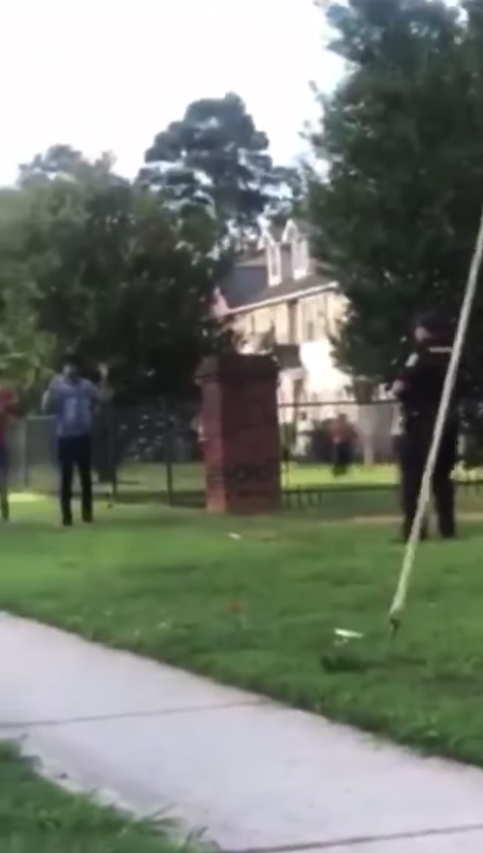 "They need to be better and building and respecting the communities they are in and not working against us."

Clayton County Police said in a statement that officers responded to reports that a group of teens were fighting in a parking lot of a store and had a handgun, CNN reported.

Surveillance footage released by police and seen by The Sun did not appear to show the teens fighting in the parking lot.

"The Clayton County Police Department would like to ensure the community has been informed that we have been diligently trying to deliver our message regarding this incident out in a timely manner, however, due to the large volume of video footage, E-911 audio recordings, and obtaining the incident reports for this incident, we have been delayed," police said in a statement on Tuesday.

Police did not give additional comment on the incident when called by The Sun on Wednesday.

Cops said the group was not seen in the parking lot when cops arrived, but were found walking down the street.

Police said because of the allegation that the teens were armed, the officer drew his weapon when he approached them, Fox 5 Atlanta reported.

Bodycam video showed the cop exit his car and pull out his gun. 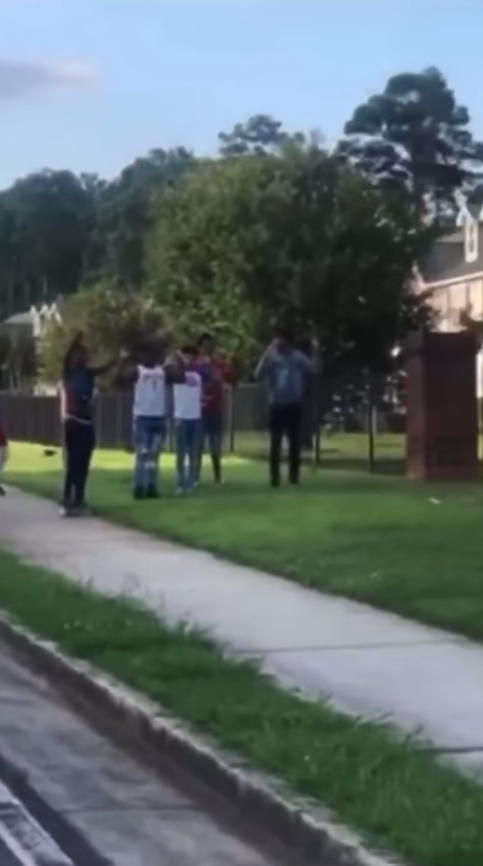 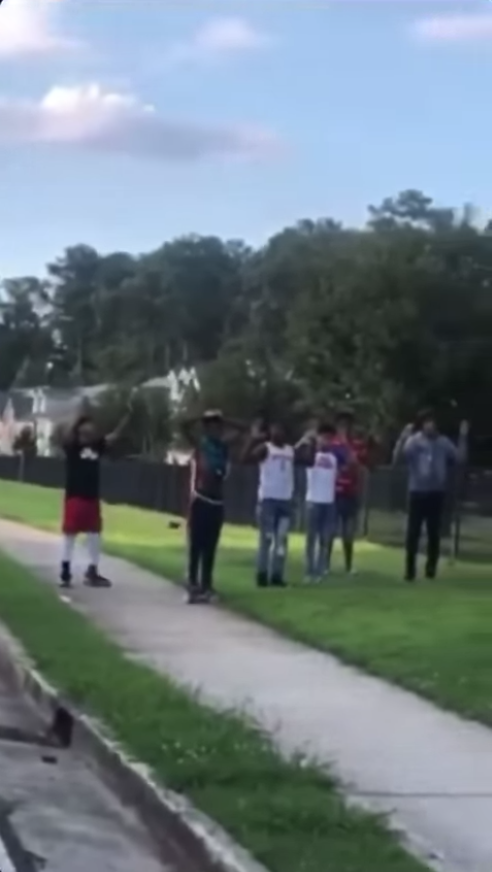 The cop told the teens again to put their hands up as he kept his gun drawn.

The video showed the cop talking with the teens as he continued to hold the gun at them for four minutes.

Bystanders then approached the officer and the group as they yelled at him not to shoot.

Other officers arrived, and then the cop holding the gun neared the group. 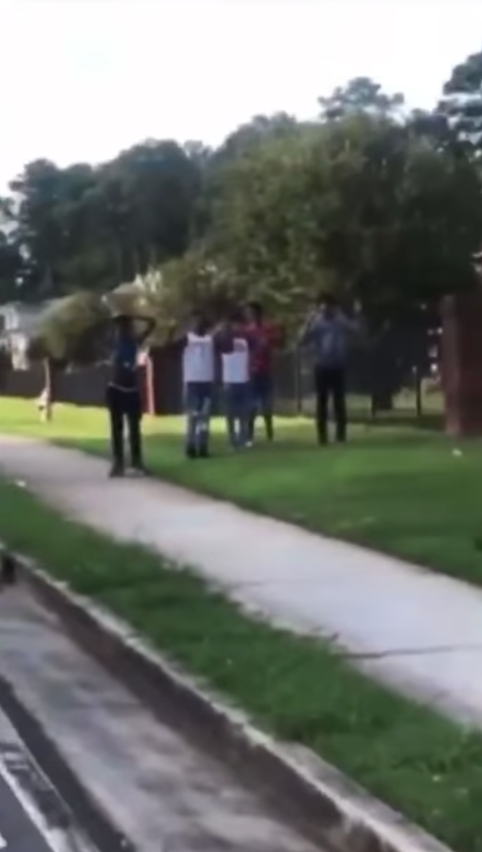 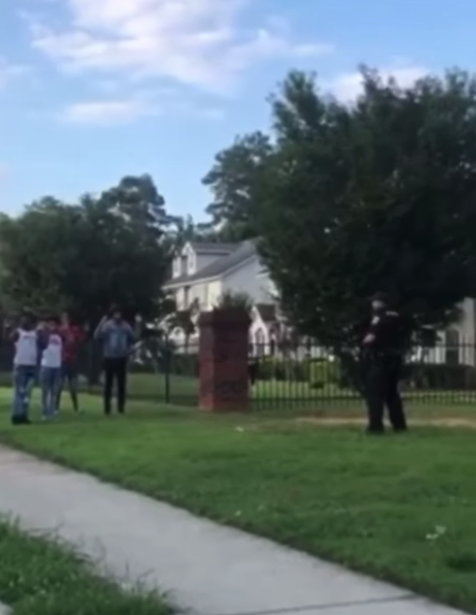 Cops checked the teens for weapons, and the officer asked them what happened at the store.

Police then went back to the store where the alleged incident happened and questioned what happened, video shows.

Clayton County police said in a statement that upon returning to the store, the teens said they had a BB gun resembling a semi-automatic pistol, CNN reported.

The group directed cops toward bushes where they had tossed the gun, cops said.

Police said none of the teens were arrested, and no charges were filed in the incident.

The incident comes amid ongoing protests following the death of George Floyd.

Floyd, a 46-year-old Black man, died after Minneapolis, Minnesota cop Derek Chauvin was seen kneeling on his neck during an arrest.

His death sparked public outrage, as demonstrators show support for the Black Lives Matter movement and call for an end to systemic racism and police brutality.

Some demonstrators have called for defunding the police, as they favor more funding to go toward community-based programs.

Dead to Me season 2 cast: Who does Frances Conroy play?

'The Last Kingdom' Season 4: A Major Villain Teases 'Surprises' in the New Season