Wellington: Three New Zealand journalists were released from police custody in Fiji after being detained overnight for trying to interview a controversial Chinese resort developer. 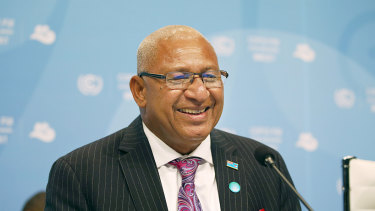 The journalists were freed after 13 hours in detention at the main police station in Fiji's capital Suva after developer Freesoul Real Estate reportedly accused them of criminal trespass.

Newsroom co-editor Mark Jennings, investigations editor Melanie Reid and cameraman Hayden Aull had visited the Freesoul Suva office where the developer is building a resort, the website said on Thursday.

The website earlier reported the developers had ignored two court orders as well as Fijian environmental law, permits, environmentalists, and the island locals.

Reid said after her release that police chiefs passed on an invitation to the Newsroom team to meet Fijian parliamentarians later on Thursday.

"We look forward to discussing the situation at Malolo Island with them. We have serious concerns about freedom of speech issues in Fiji so we will also raise this at our meetings with MPs," she said.

Petition to sack Piers Morgan from GMB over Meghan Markle comments gets 88,000 signatures – but presenter laughs it off