The volcano on White Island began erupting at around 2.15pm local time, around 48km from the Bay of Plenty region. Around 20 people were reportedly on or near the island at the time of the eruption. Police Deputy Commissioner John Tims confirmed that one person died ealier today, but police have added there are now five people who have died.

He added: “And based on information we have, there are likely to be more.”

White Island is the most active cone volcano in New Zealand and has erupted several times before, most recently in 2016 and 2012.

New Zealand science agency GeoNet said the 2016 eruption was  a “short-lived” burst that happened that did not injure anyone.Its longest eruption lasted from December 1975 to September 2000.

Volcanologists realised the area was too dangerous to visit and instead conducted all their observation operations with drones and aircraft. 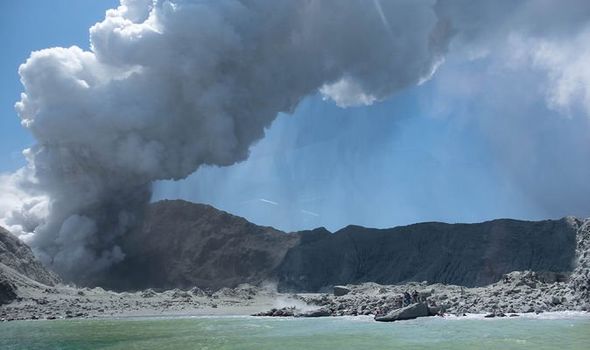 Storm chaser Geoff Mackley filmed a video of the volcano in 2013.

But he was asked by one volcanologist: “How important is it to collect the data? Is it worth risking your life for?’”

Monitoring outfit GNS Science also raised the alert level for the volcano to level two last month due to an increase in activity.

“Hazards on the island are now greater than during the past few weeks.

This did not appear to deter at least 10,000 tourists a year visiting the island to see its beaches and sunlight hours.

A sulphur mining venture began on the island in 1885, according to GeoNet.

But this was stopped abruptly in 1914 when a landslide destroyed the sulphur mine and miners’ village and left 12 people died. 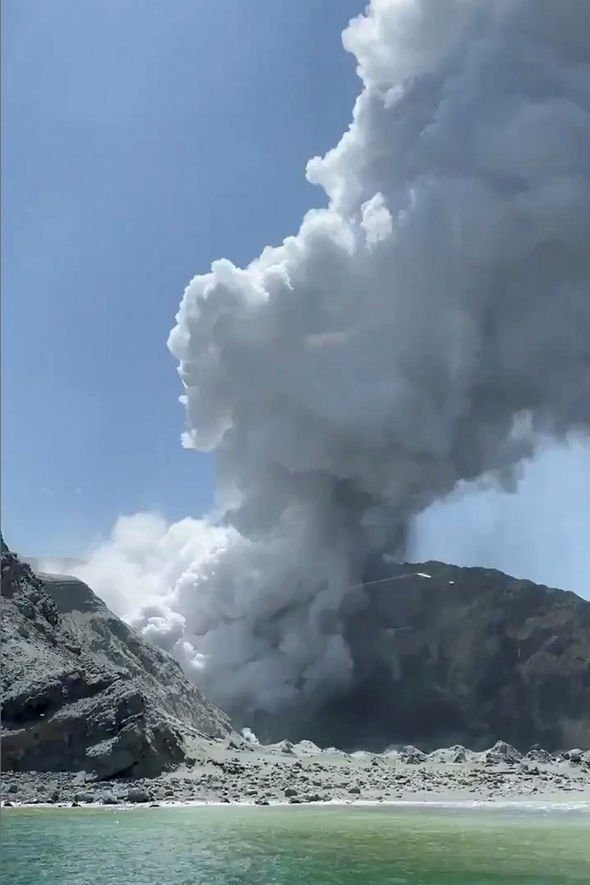 Mr Tims has said Monday’s eruption has resulted in 23 people being taken from the island.

He added it is still too dangerous for police and rescue services to go onto the island, so they are still sure how many people are still on the island.

He said: “Some of these people have been transported to shore, however there is a number still remaining on the island who are currently unaccounted for.

“We are working to confirm the numbers involved. At this stage, it is too dangerous for police and rescue services to go to the island. 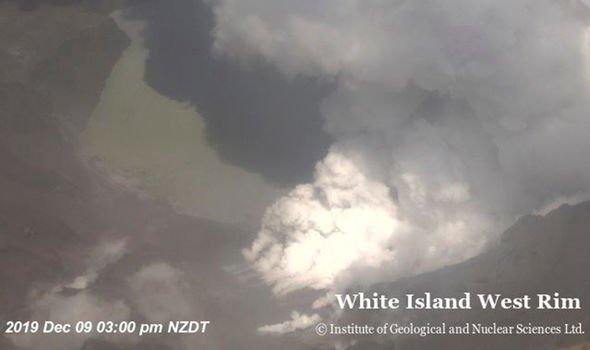 “However, we continue to assess the conditions which would allow us togo onto the island.

“The island is currently covered in ash and volcanic material. We are taking expert advice with regards to the safety of any rescue attempt.”

New Zealand’s Prime Minister Jacinda Ardern issued her own statement about the eruption.

“At this stage, and please do keep in mind this is an evolving situation, we believe around 100 people were on or around the island at the time and some of those are at this stage unaccounted for.

“I want to share this is evolving at this stage, at this stage it does appear to be a very significant issue, particularly the scale of those affected.”

The Dodo Unionizes With Writers Guild of America East