Mostly when playoff teams say nobody believed in them, it's nonsense.

For the Pittsburgh Steelers this week, they might be right.

The Steelers opened as a 13-point underdog at the Kansas City Chiefs, and that has gone down to 12.5 at BetMGM. That's still the biggest spread in wild-card weekend history, and by a decent margin.

The largest spread for a wild-card game in NFL history before Steelers-Chiefs is either 11 or 11.5 (because competing sportsbooks have different spreads sometimes, the records can vary). The history for the double-digit underdogs in this round isn't too good.

Here are the 10 games on wild-card weekend that have had a double-digit spread according to Stathead, with the season in which the team took place listed:

The 2012 Vikings (Joe Webb at QB), 2016 Dolphins (Adam Gase's best team, which caught a fortunate scheduling run to get a berth) and the 2020 Bears (a mediocre No. 7 seed in the first year of the expanded playoffs), all share the record as largest wild-card underdog according to the closing numbers Stathead uses.

The 2010 Seahawks, who famously made the playoffs at 7-9 and then won in the "Beast Quake" game, are holding the torch for the double-digit wild-card underdogs. They're the only one of the 10 to win. They and Washington last season are the only ones to cover.

If you look at the Steelers and assume it's too many points for a playoff game, remember double-digit underdogs in this round are 2-8. There's usually a good reason when teams are catching 10 points or more at this point in the season. 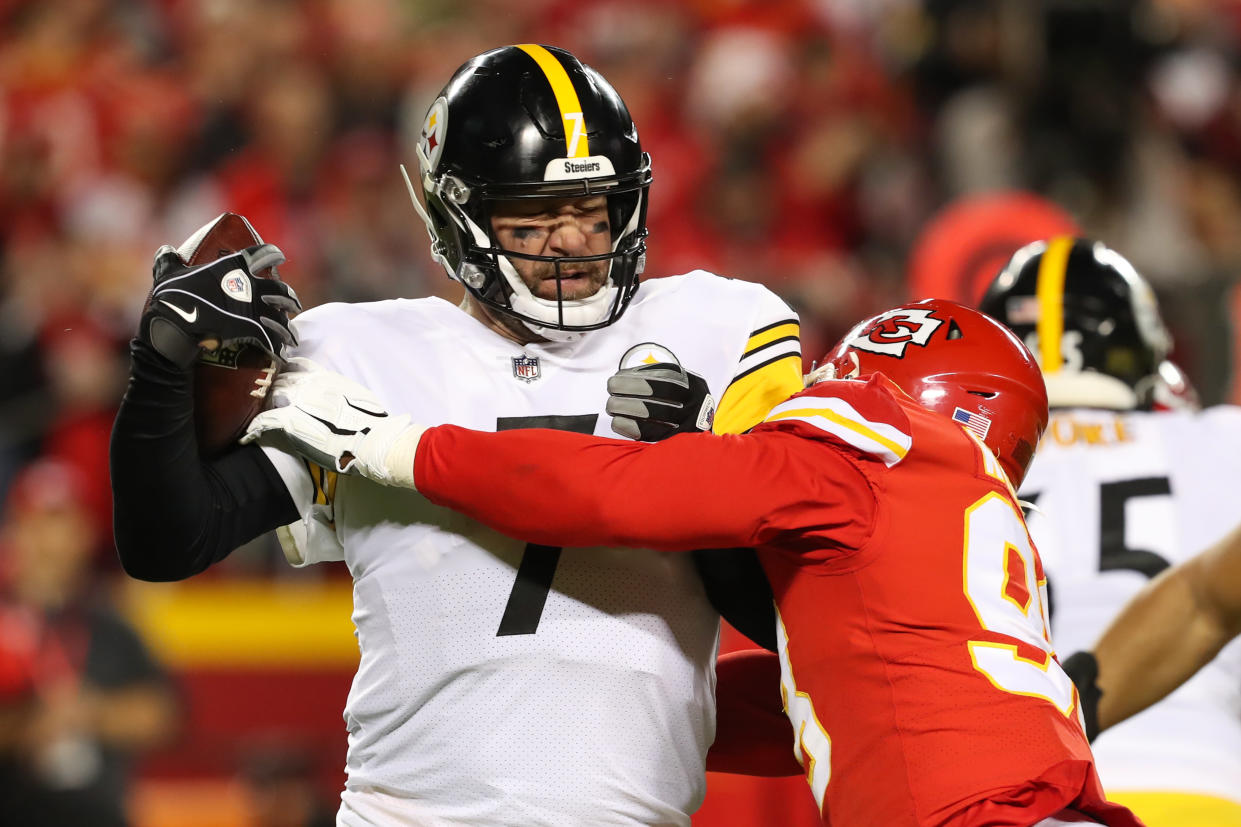 Steelers got thumped by Chiefs once

The biggest reason the Steelers are massive underdogs is what happened on Dec. 26.

The Steelers played at the Chiefs. They were 10-point underdogs. They lost 36-10. It was even worse than that; the Chiefs led 36-3 before Pittsburgh scored a meaningless fourth-down touchdown.

Just because a team loses one game doesn't mean the rematch will go the same way. Ask the University of Georgia. But in that game just a few weeks ago the Steelers had no chance. Their limited offense will have a tough time taking advantage of any weakness Kansas City has on defense, and it will be tough to match points with Patrick Mahomes and the Chiefs offense.

Maybe the Steelers can conjure up the magic of Marshawn Lynch and the '10 Seahawks. But the odds are against them.

New iPad could launch at Apple Event this week, but tough luck if you want to own one

Bugging out of Iraq now would be a gift to Iran, ISIS and other villains