Home » World News » NFL draft: There's a new heavy favorite to be the No. 1 overall pick

First it was Evan Neal. Then Ikem Ekwonu got a little buzz.

But there's now a new betting favorite to be the No. 1 overall pick of the Jacksonville Jaguars in the 2022 NFL draft.

Interestingly, Ekwonu has the same odds as another pass rusher, and it's not Oregon's Kayvon Thibodeaux. Georgia edge Travon Walker also sits at +1000, with Thibodeaux earning the fifth-highest odds at +2000.

The Jaguars have been active in free agency, but one of their first moves — placing the franchise tag on left tackle Cam Robinson — appeared to indicate that they might not be drafting a tackle first overall. The Jaguars also reportedly liked what they saw from 2021 draft pick Walker Little. 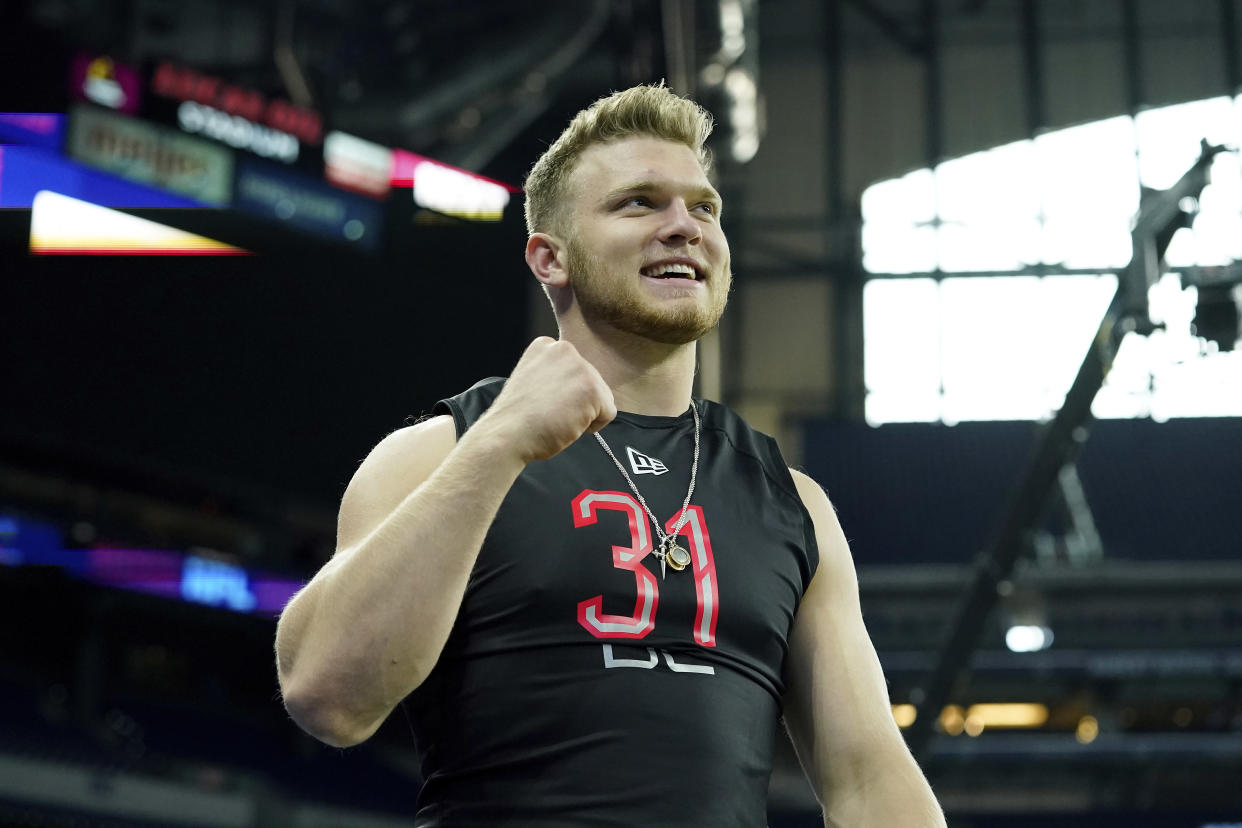 Hutchinson makes some sense for the top pick. The Jaguars ranked 21st in sack percentage and tied for 23rd in rushing yards allowed per game. Josh Allen is a fixture up front, but the future of 2020 first-rounder K'Lavon Chaisson is unclear with a new staff in town.

Most of the Jaguars' spending has been on the offensive side during their free-agency flurry. They signed linebacker Foye Oluokun and defensive tackle Folorunso Fatukasi but have yet to add an edge rusher of note.

In our scouting report of Hutchinson, we compared him to former NFL defensive lineman Chris Long, who played for Pederson with the Eagles for two years, helping lead them to a Super Bowl title. Pederson knows he needs to build up the locker-room chemistry, too, and in addition to being a very good prospect, his character has earned rave reviews from talent evaluators and decision-makers.

The team that most hates hearing the Aidan Hutchinson odds

The owners of the No. 2 overall pick, the Detroit Lions, might have to go back to the drawing board.

Hutchinson turned himself into a Heisman Trophy Award finalist just down the road from the Lions' facility, and they need more pressure players up front, especially after the release of Trey Flowers. Plus, Hutchinson's no-nonsense approach was believed to be appealing to Lions head coach Dan Campbell.

Hutchinson landing in Detroit felt like a natural fit. But if he's off the board at No. 1, who would Detroit turn to?

Taking a tackle a year after drafting Penei Sewell seventh overall, with Taylor Decker on board, might be a huge luxury. Both Neal and Ekwonu could be tried at guard, of course, but drafting guards with the No. 2 pick raises some serious positional-value questions.

Are Walker or Thibodeaux in play? Perhaps. Both players' draft-position over-unders are set at 3.5, with Ekwonu a slight favorite among the two to go before that.

But we also believe Notre Dame S Kyle Hamilton could be an option. (For what it's worth, Hamilton's draft position is set at 6.5, with the under favored.)

Like guards, safeties seldom get picked in the upper reaches of the draft. The last safety to be picked in the top five was Eric Berry by the Chiefs in 2010. The last No. 2 overall safety? You have to go back to the late Eric Turner in 1991.

If the Jaguars are closing in on Hutchinson, the Lions effectively move into the driver's seat for the draft. Is there a clear-cut option? Right now, it's hard to say which direction they'll head.