AN NHS worker was left in tears this morning after massive petrol station queues made her late for work.

Laura, a community care worker, said she was unable to get fuel from three petrol stations and was then faced with a huge queue when she finally found one open in Birkenhead, Merseyside. 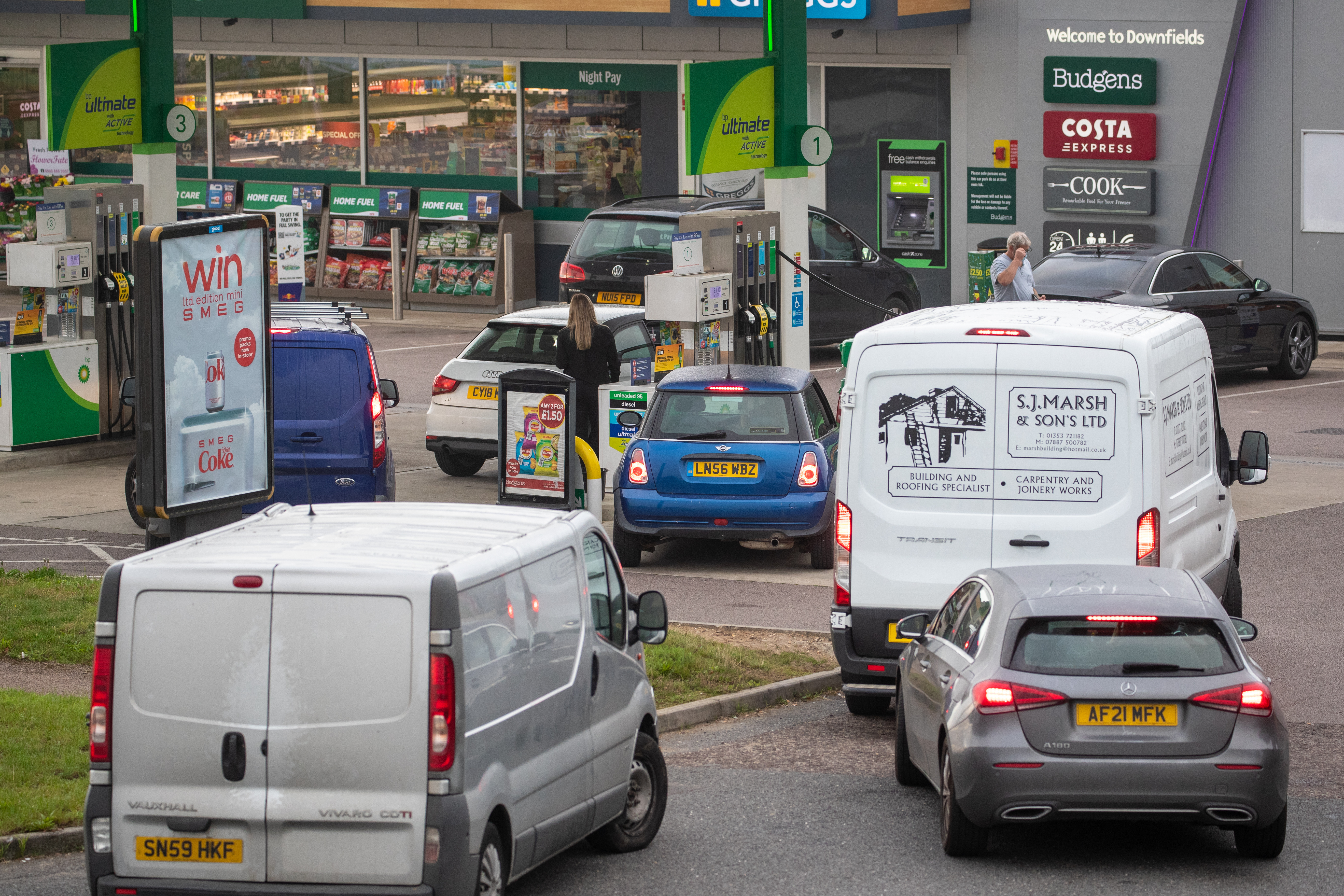 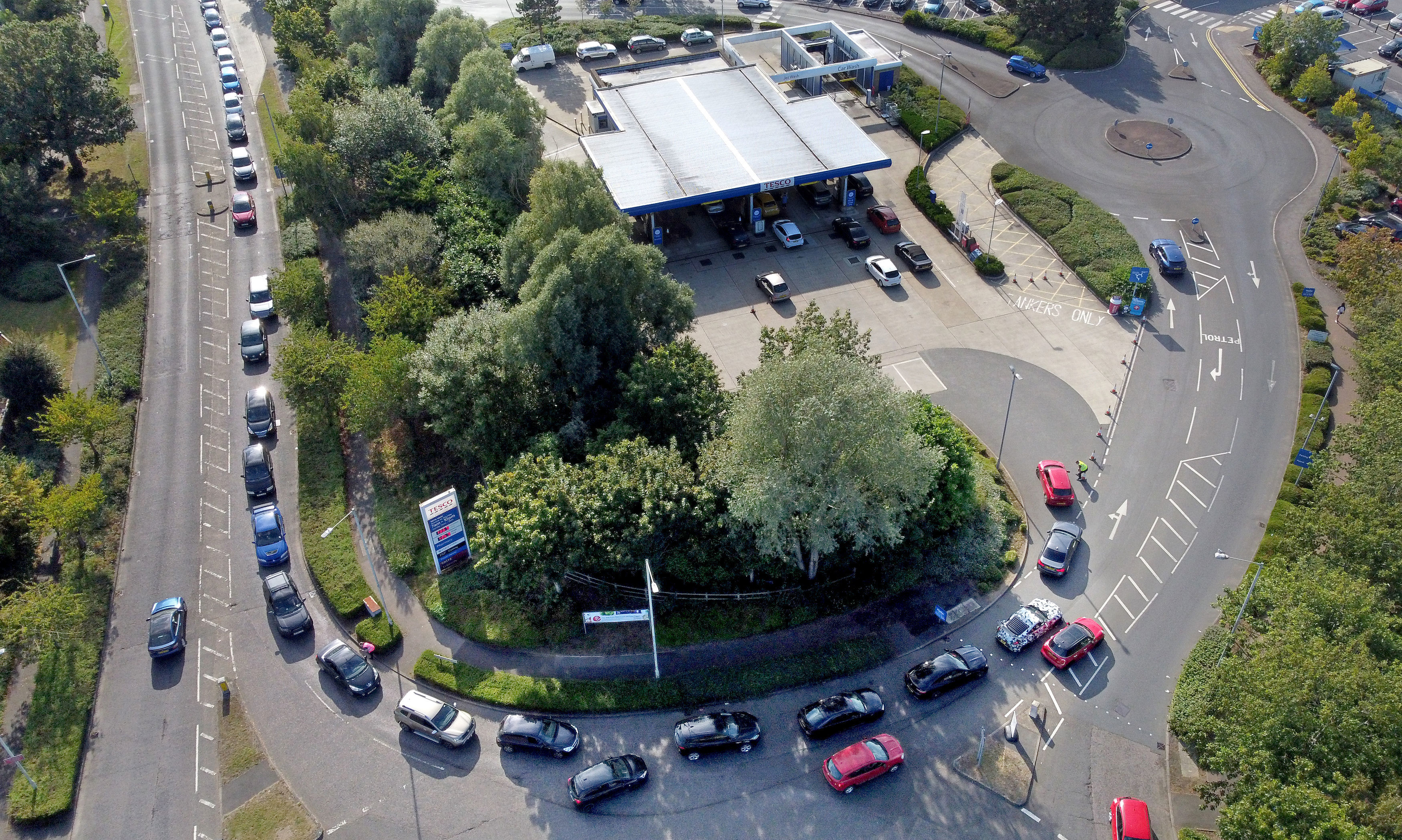 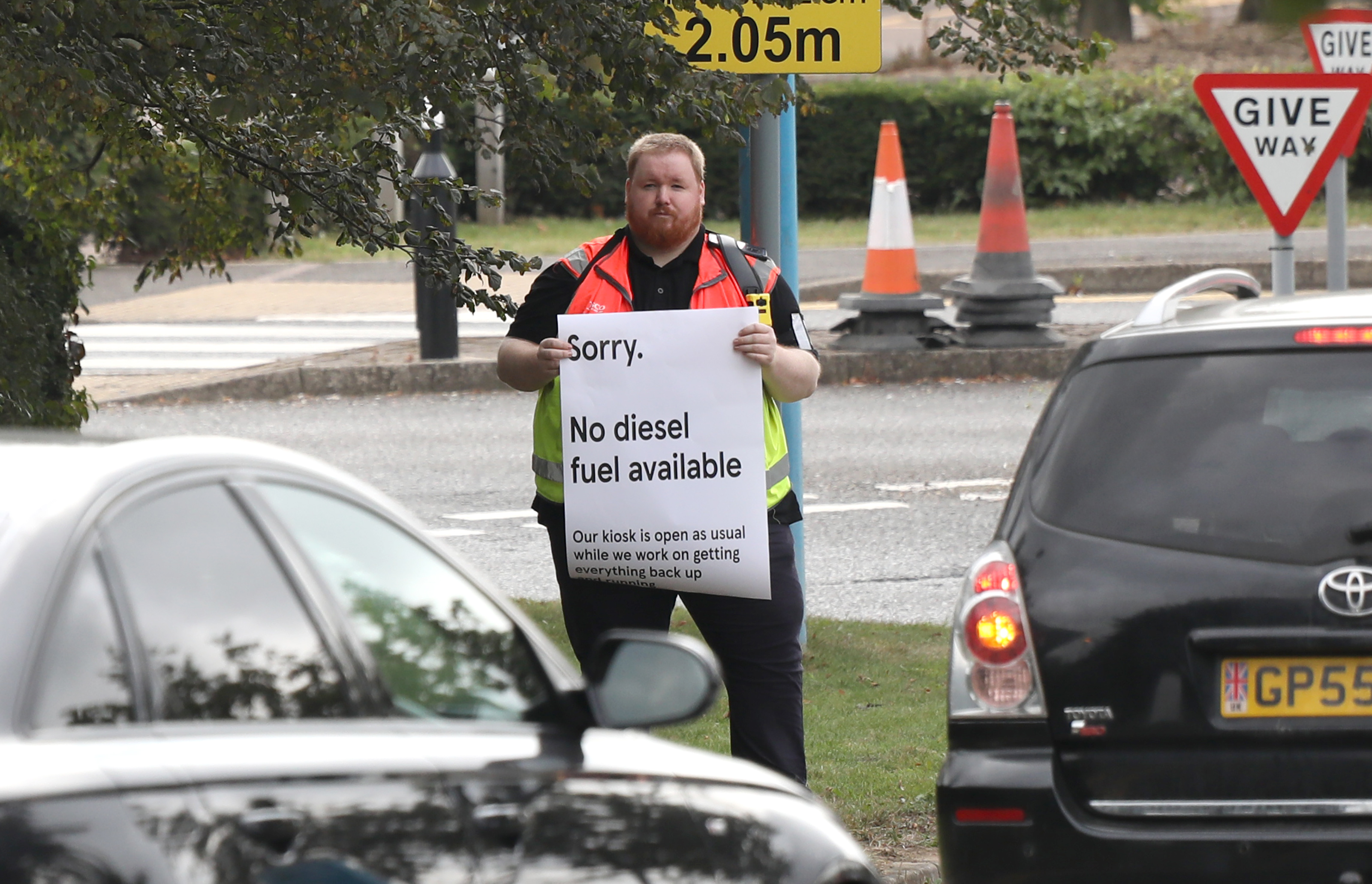 Laura told the Liverpool Echo: "I was up early for my shift. I’m a community care worker for the NHS.

"I’ve had to put my last £30 in the tank. I’m on shift for the next 4 days and I don’t get paid until Wednesday and I cried at the petrol station.

"I’m now running late for patients who rely on me for meals and medication."

Police have been forced to marshal motorists after panic buyers queued at petrol stations across the country amid shortage fears.

And selfish drivers started filling up jerry cans with fuel after queuing from the early hours of this morning.

The government has urged drivers to "carry on as normal" amid the chaotic scenes.

Hundreds of motorists have blocked the roads after fears over a fuel shortage due to a lack of HGV delivery drivers sparked panic buying in Britain.

Up to 100 BP petrol stations have been affected by the loss of fuel with around 20 of the company's 1,200 forecourts closed.

Boris Johnson has now agreed to temporarily loosen immigration rules so foreign HGV drivers can work in Britain to help with the crisis.

And petrol stations are now planning to impose a fuel cap for each driver to ensure everyone has a “fair chance to refuel”.

The EG Group, which has 341 petrol stations in the UK, confirmed the emergency services and lorry drivers would not be affected.

A spokesperson said: “Due to the current unprecedented customer demand for fuel and associated supply challenges we have taken the decision to introduce a limit of £30 per customer on all of our grades of fuel.

"This excludes HGV drivers and emergency services due to their vital role at this time. “This is a company decision to ensure all our customers have a fair chance to refuel and to enable our sites to carry on running smoothly.

"We kindly ask everyone visiting our sites to treat our colleagues, supply chain partners and customers with respect during these very challenging times.

"All of EG Group’s UK sites remain open and operational to serve customers."

Ministers are said to be drawing up emergency plans to bring soldiers in to drive tankers to forecourts suffering supply issues.

Transport Secretary Grant Shapps has urged drivers not to panic buy and told drivers to "carry on as normal".

A Downing Street spokesman said: "We have ample fuel stocks in this country and the public should be reassured there are no shortages.

"But like countries around the world we are suffering from a temporary Covid-related shortage of drivers needed to move supplies around the country.

"We're looking at temporary measures to avoid any immediate problems, but any measures we introduce will be very strictly time-limited.

"We are moving to a high-wage, high-skilled economy and businesses will need to adapt with more investment in recruitment and training to provide long-term resilience."

Mysterious interstellar asteroid may have been created by 'natural phenomena'