NIGEL Farage is launching a free newspaper — The Brexiteer — and setting out policies designed to attract more people to his movement.

He is also today unveiling 150 Brexit Party candidates he hopes will beat the Tories at a snap general election. 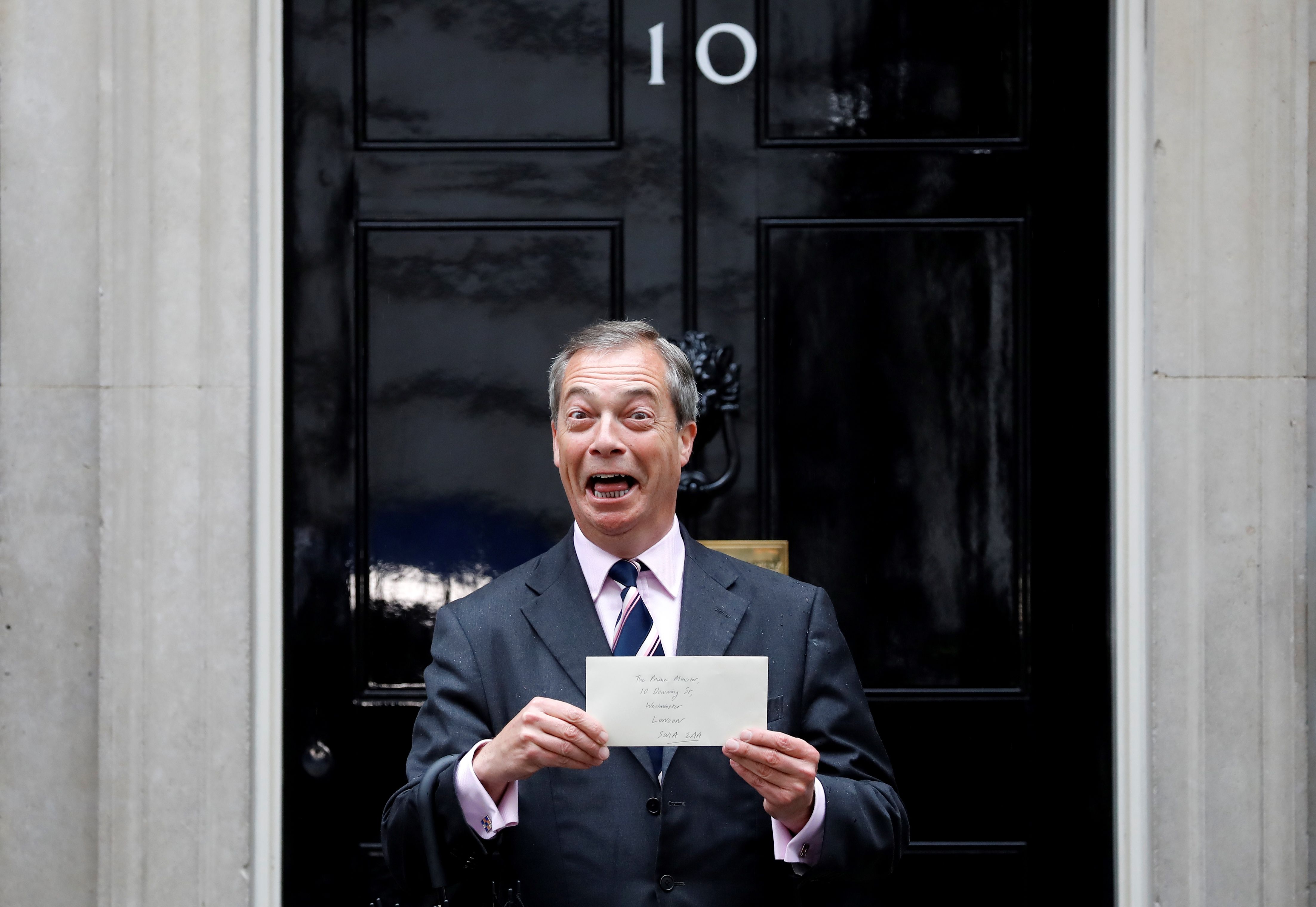 Mr Farage piled pressure on the Conservatives as thousands attended a rally in Birmingham.

His new party slogan “Invest in the Rest” was announced to campaign for more spending on infrastructure in the north of England.

Brexit Party leader Mr Farage revealed he is ready to go toe-to-toe with Tories by fielding a candidate in every constituency across the land.

He predicts he will select the remaining 500 by the end of next week after whittling down 3,000 applicants.

The former Ukip boss said: “On Day One of the new Conservative Prime Minister, they need to know we’re ready to fight every constituency.”

'WE ARE A REAL THREAT'

“We’ve got this machine. It’s oiled, it’s organised. We’re on our way. This is our number one focus at the moment – candidates, getting them in place..
“Any new prime minister needs to know that we are absolutely ready. That we are a real threat.”

Three million copies of The Brexiteer will start to be handed out from 500 stalls across the country on Saturday.

The party has spent thousands of pounds on new merchandise such as coffee cups and football-style scarves.

Mr Farage questioned the appeal of Boris Johnson as party leader, pointing to an increase of as little as 3 per cent in the polls for the Tories.

He said: “Everyone is assuming that Boris will win in the country – the Boris bounce so far has been 3 per cent in the polls because it is assumed he is a shoo-in.

“I think his electoral appeal in some part of the country is high but I don’t think in the north of England and areas like that he goes down particularly well.”

Mr Farage and the party’s chairman Richard Tice will also set out new policies for helping the high street, and infrastructure spending. Tim Martin, the boss of the Wetherspoon’s pub chain, will also address the rally.

Summer Lovin': These Couples Prove That 2020 Wasn't All Bad

The Best Documentaries of 2021