Jihadists on motorbikes massacre 137 villagers: Gunmen ‘shot anything that moved’ in horrifying raid in Niger

Scores of villagers have been killed by motorbike-riding gunmen in the deadliest jihadist massacre ever to hit Niger.

Government spokesman Zakaria Abdourahamane said 137 people had died in Sunday’s raids in villages in the Tahoua region, near Niger’s border with Mali.

Gunmen arriving on motorbikes attacked the villages of Intazayene, Bakorat and Wistane on Sunday, shooting ‘at everything which moved,’ a local official said. 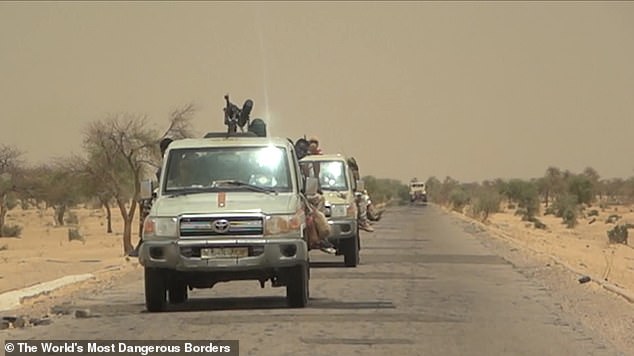 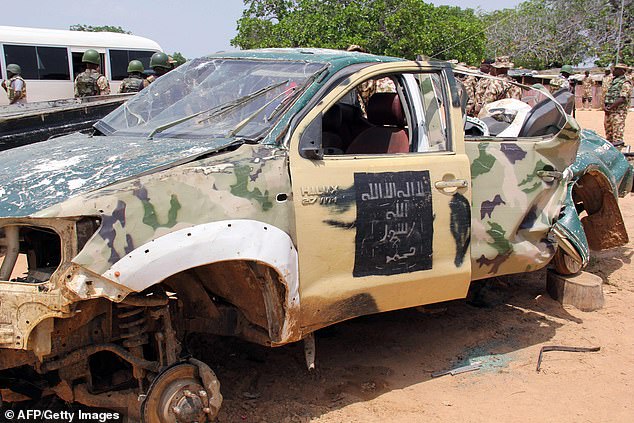 Announcing three days of national mourning for the victims from Tuesday, Abdourahamane vowed that the government would reinforce security in the region (file photo)

In a statement read on public television, Abdourahamane said: ‘In treating civilian populations systematically as targets now, these armed bandits have gone a step further into horror and brutality’.

Announcing three days of national mourning for the victims from Tuesday, he vowed that the government would reinforce security in the region and bring ‘the perpetrators of these cowardly and criminal acts’ to justice.

The jump in the death toll, which was confirmed as at least 60 earlier on Monday, would make Sunday’s attacks the deadliest ever committed by suspected jihadists in Niger.

It brings the number of fatalities in the Mali-Niger border region to 236 in just over a week.

The world’s poorest nation according to the UN’s development rankings for 189 countries, Niger is also struggling with Islamist insurgencies that have spilled over from Mali and Nigeria.

Hundreds of lives have been lost, nearly half a million people have fled their homes, and devastating damage has been inflicted in the former French colony. 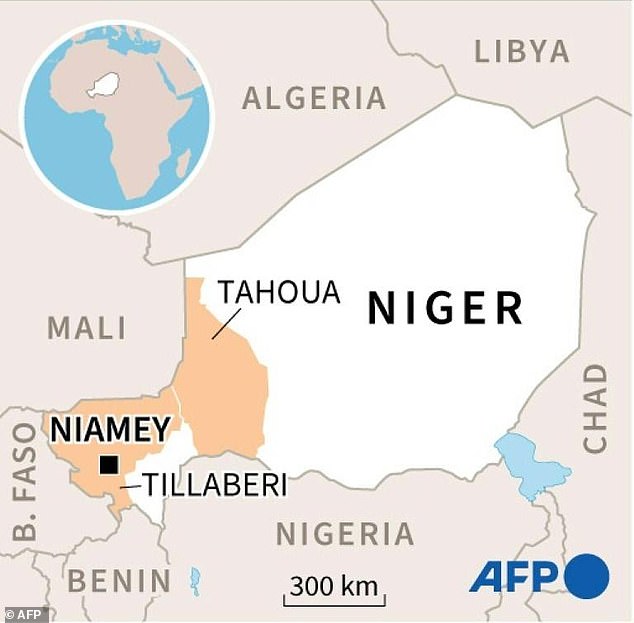 The three villages targeted in Sunday’s massacre are located in the arid Tahoua region in western Niger, abutting the Tillaberi region in a border zone notorious for jihadist attacks

The three villages targeted in Sunday’s massacre are located in the arid Tahoua region in western Niger, abutting the Tillaberi region in a border zone notorious for jihadist attacks.

On March 15, suspected jihadists killed 66 people in the Tillaberi region, attacking a bus carrying shoppers from the market town of Banibangou.

The jihadists then raided the village of Darey-Daye, killing inhabitants and torching grain stores.

The same day, an attack claimed by the Islamic State group (IS) in the so-called ‘tri-border area’ where the frontiers of Niger, Burkina Faso and Mali converge left 33 Malian soldiers dead.

In a tweet offer his ‘heartfelt condolences to the victim’s relatives’, newly elected President Mohamed Bazoum said: ‘After the Banibangou massacre, yesterday the terrorists, in the same barbaric way, struck the peaceful civilian populations of Intazayene and Bakorat’.

Bazoum’s election was confirmed on Sunday by the poor Sahel nation’s constitutional court.

On January 2, 100 people were killed in attacks on two villages in the Mangaize district of Tillaberi.

The massacre, one of the worst in Niger’s history, occurred between two rounds of the country’s presidential election.

A year earlier, on January 9, 2020, the Niger army lost 89 men in an attack on a military camp in Chinegodar, one month after 71 troops died in an attack at Inates.

Bazoum, elected on February 21, is a former interior minister who was the preferred successor and right-hand man of outgoing president Mahamadou Issoufou.

He has vowed to fight insecurity, and ordered army reinforcements to the Tillaberi region after the bloodletting of March 15.

Niger is part of a France-backed alliance of countries in the Sahel region known as the G5.

A contingent of 1,200 troops from the Chadian army, considered the region’s toughest, has been deployed under the G5 banner.

You could watch Netflix for FREE for the rest of your life, but there’s a catch

iPhone 12: uh-oh, there’s some bad news about the release date and battery life