Home » World News » ‘No dance parties in the park’: Police urge schoolies to be COVID-safe

School leavers heading to celebrations on the Far North Coast of NSW and Queensland have been warned they risk thousands of dollars in fines if they breach public health directions.

As Queensland's borders remain shut to Sydneysiders, police in northern NSW are preparing for a bigger-than-usual influx of revellers from across the state as schoolies celebrations begin this weekend. 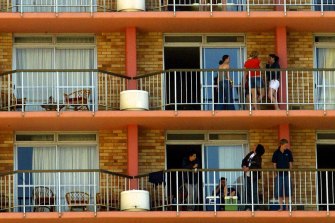 School leavers are being warned of public health orders that limit gatherings in residences and public spaces as schoolies celebrations begin.Credit:Kate Geraghty

While official schoolies events were cancelled because of the pandemic, young people are expected to flock to popular spots, including Byron Bay and the Gold Coast, as border restrictions continue to ease.

NSW Police said officers and teams from the public order and riot squad would conduct "an extensive and high-visibility operation" for the duration of the schoolies’ period, which typically runs well into December.

Tweed-Byron Police District Commander Dave Roptell said this year’s celebrations had to be COVID-safe, with officers ready to enforce all public health orders and to conduct regular business compliance checks.

“We have a very clear message to those choosing to come to Byron in 2020 – this year is very different, there will be no large gatherings, no dance parties in the park," he said. 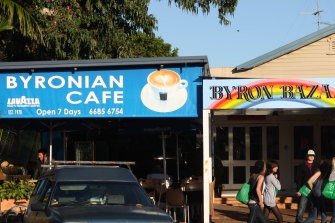 Byron Bay is expected to attract thousands of revellers, as border restrictions prevent some NSW residents travelling to traditional spots such as the Gold Coast.Credit:Peter Braig

"We ask anyone coming to the Far North Coast to be respectful – we have come this far in managing COVID-19 in our regional communities, let’s not undo all our hard work now."

Public health orders in NSW state that a maximum of 30 people can gather in a public place, such as parks and beaches, at one time.

Only 20 people are allowed at private residences, including rental accommodation, across NSW, and Superintendent Roptell said police would enforce those restrictions.

Officers will also target drug and alcohol-related crime, as well as anti-social behaviour.

Gold Coast Chief Superintendent Mark Wheeler said police were expecting fewer schoolies on the than in previous years, but were still expecting several thousand young people to arrive from Friday.

Superintendent Wheeler said police would patrol and respond to complaints around parties in units and hotel rooms, and warned young people that a public health declaration would be in effect.

“People who are in control of short-term accommodation, that’s the people who’ve booked that accommodation, need to be very mindful that they only have the capacity allowed in that room,” he said.

“There is a $1334 fine attached if you’re found to be breaching the direction from the Chief Health Officer.”

In Queensland, 50 people can gather in a private residence, including short-term rentals, but there is a specific direction that only the people listed on the agreement can stay overnight.

Get our Coronavirus Update newsletter for the day’s crucial developments and the numbers you need to know. Sign up to The Sydney Morning Herald’s newsletter here and The Age’s here.

Hot tubs are a soup of faecal matter, urine and sweat which can cause red eyes, diarrhoea and BOILS on the body