Tanzanian-born novelist Abdulrazak Gurnah on Thursday won the Nobel Literature Prize for his writings on post-colonialism and the trauma of the refugee experience.

Gurnah, who grew up on the island of Zanzibar but arrived in England as a refugee at the end of the 1960s, is the fifth African to win the Nobel Literature Prize. He’s the first black writer to win since Toni Morrison in 1993.

The Swedish Academy said Gurnah was honoured ‘for his uncompromising and compassionate penetration of the effects of colonialism and the fate of the refugee in the gulf between cultures and continents.’

‘His novels recoil from stereotypical descriptions and open our gaze to a culturally diversified East Africa unfamiliar to many in other parts of the world,’ the Nobel Foundation added. 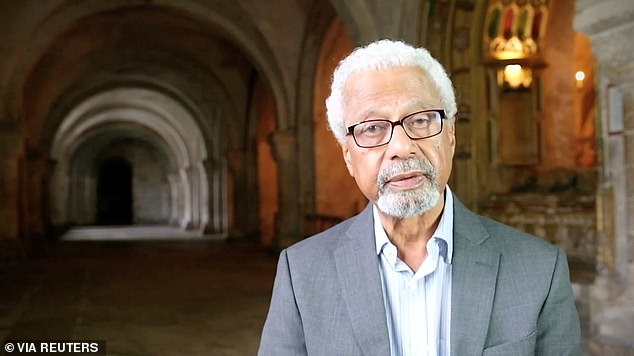 Abdulrazak Gurnah reads for a Canterbury Cathedral project in Canterbury, England. He went to Britain as a student in the late 1960s to escape persecution of Arab citizens during the Zanzibar Revolution 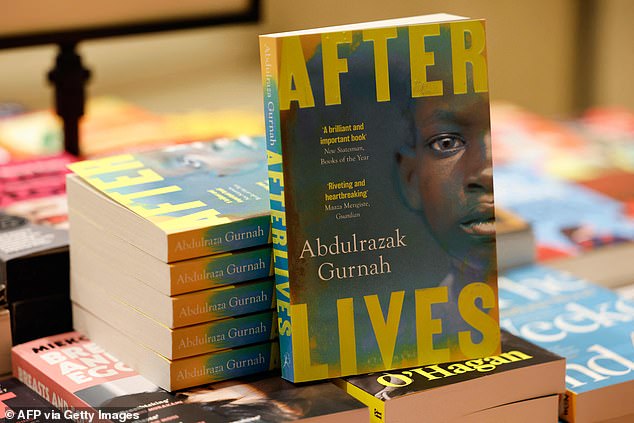 Gurnah told the Nobel Prize website he was stunned to get the call from the Swedish Academy.

‘I thought it was a prank,’ he said. ‘These things are usually floated for weeks beforehand… so it was not something that was in my mind,’ he said.

He has published 10 novels and a number of short stories.

The head of the Academy’s Nobel committee, Anders Olsson, said Gurnah’s reflections on the plight of refugees were particularly topical.

‘His writings are extremely interesting right now for many, many people in Europe and around the world,’ Olsson told reporters.

His itinerant characters ‘find themselves in a hiatus between cultures and continents, between a life that was and a life emerging; it is an insecure state that can never be resolved,’ the Academy said.

The theme of the refugee’s disruption runs throughout his work, with a focus on identity and self-image, also apparent in the 1996 novel ‘Admiring Silence’ and ‘By the Sea’ from 2001.

After his win, Gurnah urged Europe to see African refugees as assets, saying that ‘many of these people who come, come out of need, and also because quite frankly they have something to give.’

‘They don’t come empty-handed. A lot of talented, energetic people who have something to give,’ Gurnah told the Nobel Foundation in an interview.

‘I may have heard someone suggest once that his books were of Nobel calibre. But I never expected him to get it,’ Henrik Celander told Swedish news agency TT.

Born in 1948, Gurnah fled Zanzibar in 1968 following the revolution there which led to oppression and the persecution of citizens of Arab origin.

He began writing as a 21-year-old in England. Although Swahili was his first language, English became his literary tool.

Gurnah is best known for his 1994 breakthrough novel ‘Paradise’, set in colonial East Africa during World War I, which was shortlisted for the Booker Prize for Fiction.

The novel has obvious references to English author Joseph Conrad’s famed 1902 novel ‘Heart of Darkness’ in its portrayal of the innocent young hero Yusuf’s journey to Central Africa and the Congo Basin.

Gurnah has until his recent retirement been Professor of English and Postcolonial Literatures at the University of Kent in Canterbury, focusing principally on writers such as Wole Soyinka, Ngugi wa Thiong’o and Salman Rushdie. 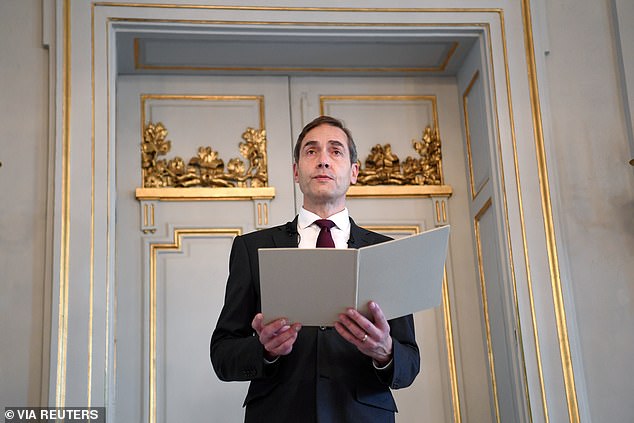 Last year, the award went to US poet Louise Gluck.

Ahead of Thursday’s announcement, Nobel watchers had suggested the Swedish Academy could choose to give the nod to a writer from Asia or Africa, following a pledge to make the prize more diverse.

It has crowned mainly Westerners in its 120-year existence.

The Academy has long insisted its laureates were chosen on literary merit alone, and that it did not take nationality into account.

But after a #MeToo scandal that rocked the Academy – prompting it to postpone the 2018 prize for a year – the body said it would adjust its criteria towards more geographic and gender diversity.

‘Previously, we had a more Eurocentric perspective of literature, and now we are looking all over the world,’ Nobel committee head Olsson said in 2019.

But at the end of the day, ‘literary merit’ is still ‘the absolute and the only criterion’ for the Academy, Olsson reiterated in an interview with The New Republic published this week.

The Nobel season continues Friday in Oslo with the Peace Prize, followed Monday by the Economics Prize.

How Trump and Biden are spending Christmas Day

Kathryn Dennis: I SWEAR I’m Not Back with Thomas Ravenel!