SEOUL (Reuters) – North Korea executed its nuclear envoy to the United States as part of a purge of officials who steered negotiations for a failed summit between leader Kim Jong Un and U.S. President Donald Trump, a South Korean newspaper said on Friday. 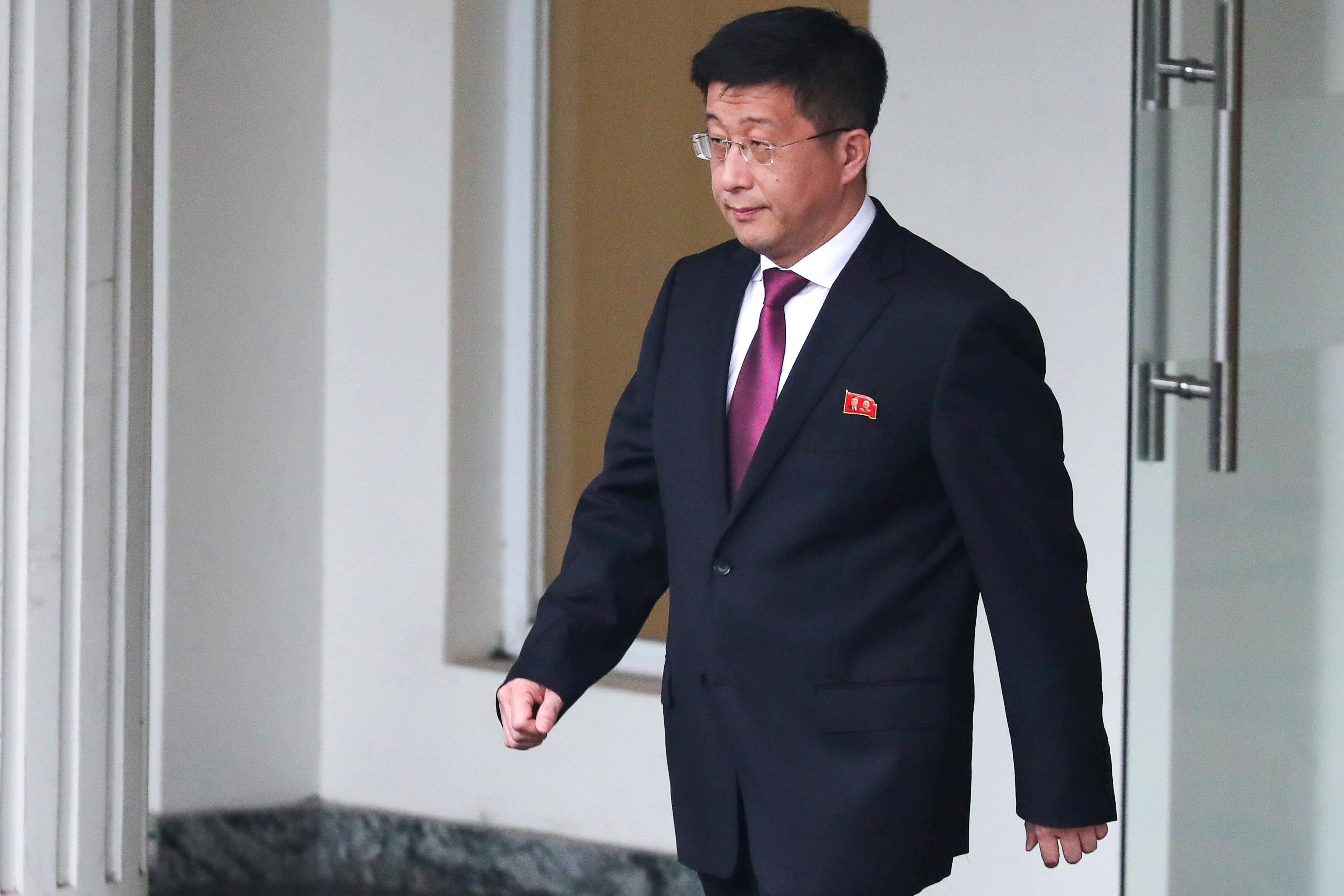 Kim Hyok Chol was executed at Mirim Airport in Pyongyang, along with four foreign ministry executives, in March after they were all charged with spying for the United States, the Chosun Ilbo reported, citing an unidentified North Korean source.

“He was accused of spying for the United States for poorly reporting on the negotiations without properly grasping U.S. intentions,” the source was quoted as saying.

The summit in Hanoi, the second between Kim Jong Un and Trump, failed to reach a deal because of conflicts over U.S. calls for complete denuclearization of the Korean peninsula and North Korean demands for sanctions relief.

Kim Yong Chol, Kim Jong Un’s right-hand man and the counterpart of U.S. Secretary of State Mike Pompeo before the Hanoi summit, had also been sent to a labor and reeducation camp near the Chinese border, the Chosun Ilbo reported.

Key officials who worked with Kim Yong Chol have also been out of the public eye since the summit, while seasoned diplomats who had been sidelined were seen returning to the spotlight.

A South Korean lawmaker told Reuters in April that Kim Yong Chol, a hawkish former spymaster, had been removed from a key party post.

A spokeswoman at Seoul’s Unification Ministry declined to comment on the Chosun report. An official at the presidential Blue House in Seoul said it was inappropriate to comment on an issue that should first be verified.

Hong Min, a senior fellow at the Korea Institute for National Unification in Seoul, said it would not be strange if Kim Hyok Chol had been executed because he was a key figure who reported directly to Kim Jong Un.

“His task was to convey U.S. views accurately to Kim, but I’m not sure if he was capable of grasping their intentions or negotiating strategy,” Hong said.

Kim Hyok Chol was seen as a rising star when he was appointed to spearhead working-level talks with U.S. nuclear envoy Stephen Biegun weeks before the Hanoi summit.

However, little was known about his expertise or the role he undertook during those talks. The other four executed alongside him included diplomats working on Vietnam relations, the Chosun report said.

Kim Song Hye, who led preparations as part of Kim Yong Chol’s team, and Sin Hye Yong, a newly elevated interpreter for the Hanoi summit, were also said to have been detained in a camp for political prisoners, the newspaper said.

Sin was charged with making critical interpretation mistakes that included missing an unspecified “last-minute offer” the North Korean leader supposedly made as Trump was about to walk out, Chosun reported. 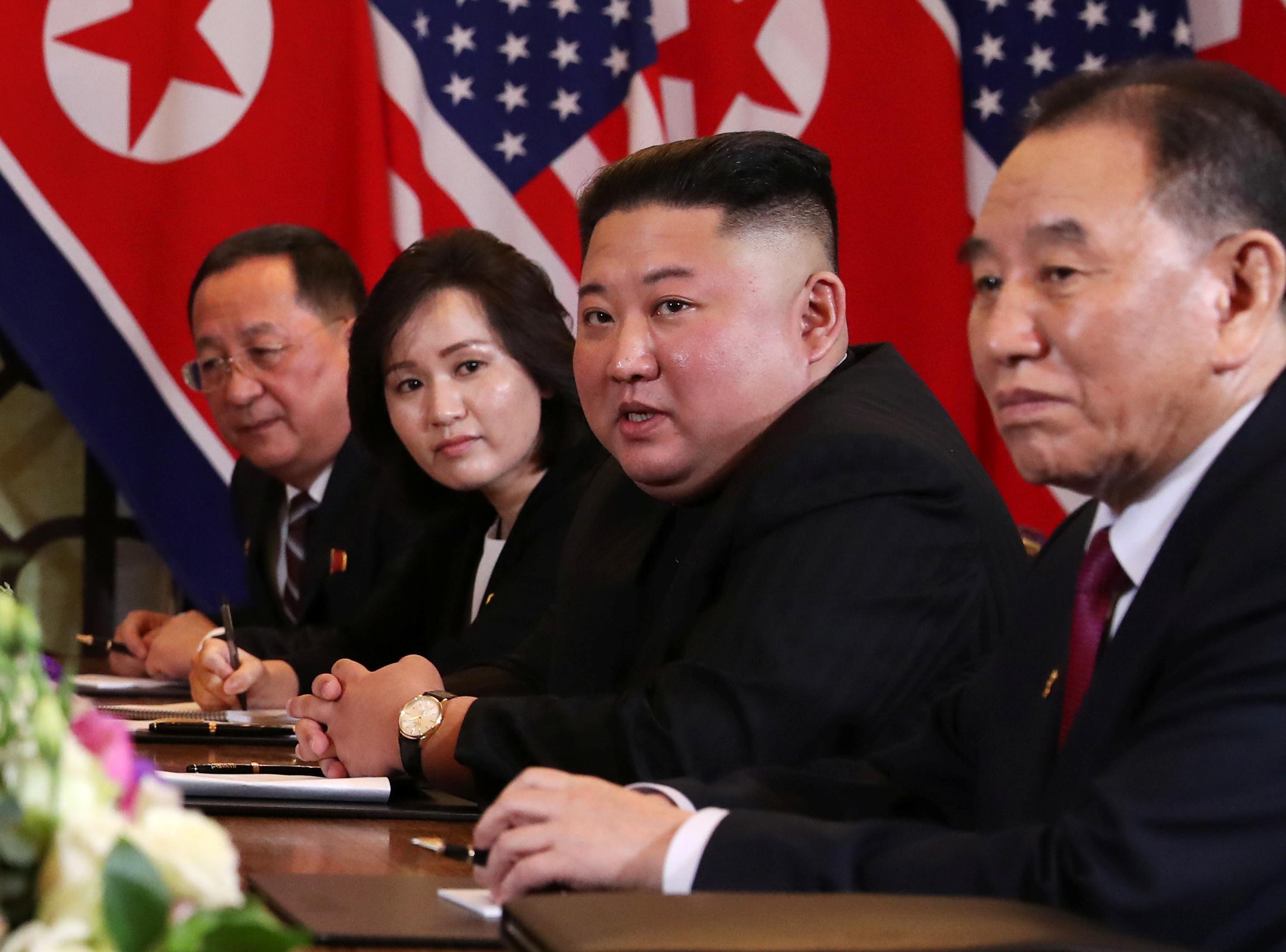 “It is an anti-Party, anti-revolutionary act to pretend to be revering the leader in front of him when you actually dream of something else,” it said in a commentary.

“There are traitors and turncoats who only memorize words of loyalty toward the Leader and even change according to the trend of the time,” it said.