Colombo crime family underboss John ‘Sonny’ Franzese Sr has passed away at the age of 103.

Franzese passed away due to natural causes on February 20 in a nursing home in upstate New York with one of his daughters by his side, according to TMZ.

The once-feared mobster, who was born in Napes, Italy and moved to New York as a young boy, spent over eight decades of his life working with the notorious crime family.

Franzese was known as the group’s longtime underboss, meaning he was second in command and was slated to take over the family, but he was jailed multiple times in his criminal career for racketeering, fraud, loansharking and assault.

In his downtime the crime boss hung out at the legendary Copacabana night club, rubbed shoulders with stars like Frank Sinatra and Sammy Davis Jr, and even claimed to have a fling with Marilyn Monroe.

He was dubbed ‘The Nodfather’ for falling asleep during his 2011 trial. 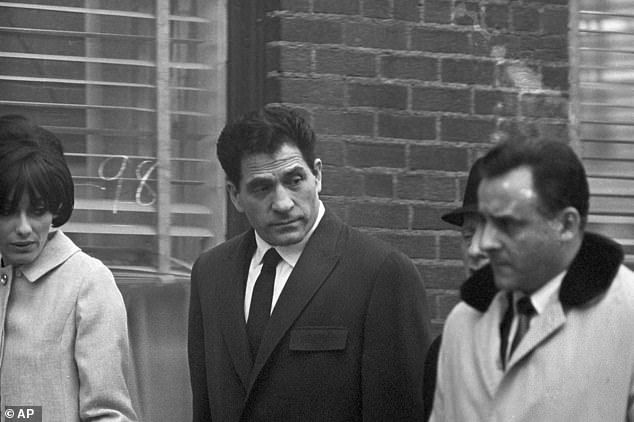 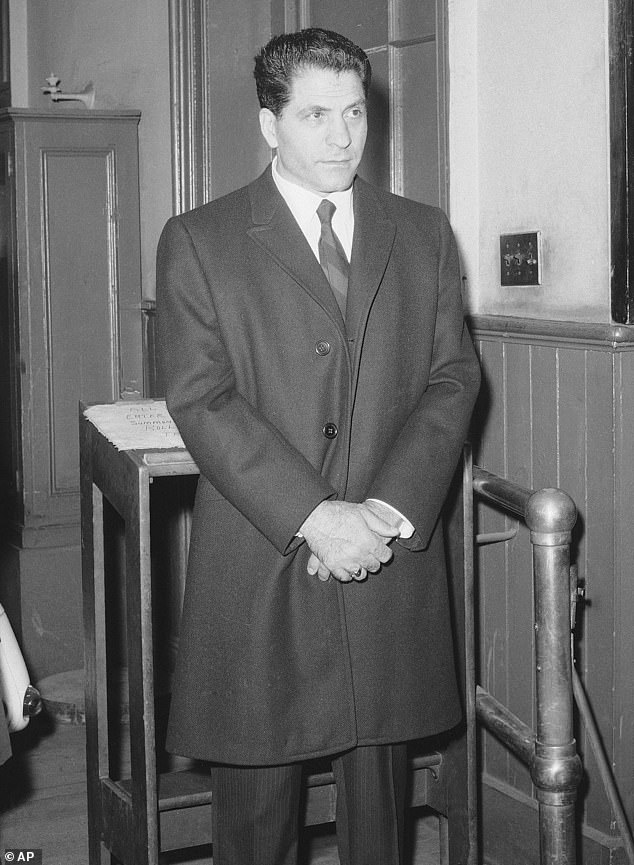 The once-feared mobster, who was born in Napes, Italy, and moved to New York as a young boy, spent over eight decades of his life working with the notorious crime family. Pictured above in March 1966 after he was arrested on a 43-count gambling indictment 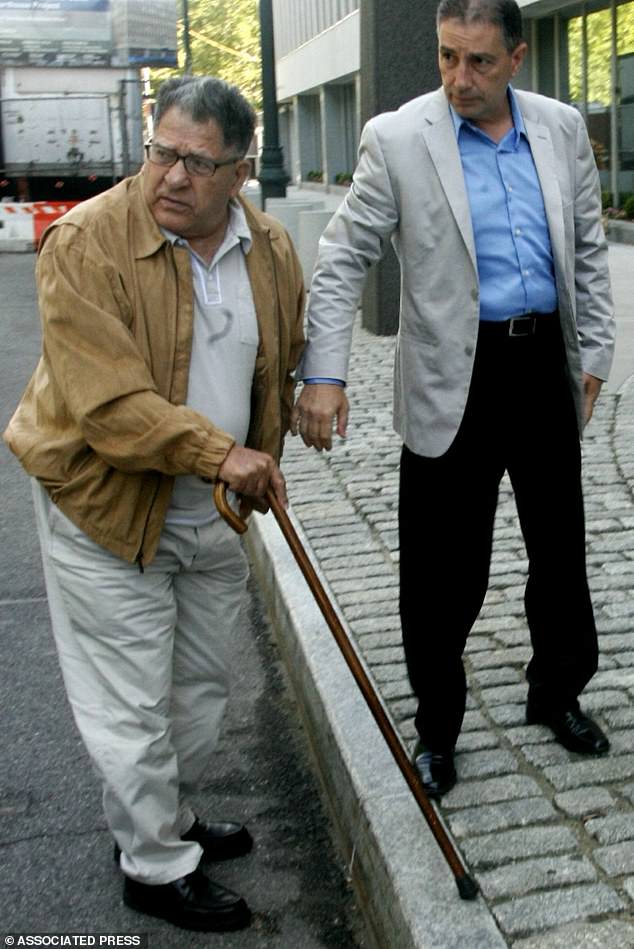 The infamous mobster started his career in organized crime in the 1930s.

He worked under Joseph Profaci, the underboss of the Profaci crime family which was later named the Colombo crime family and still operates today. 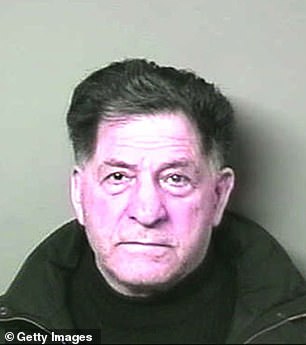 He rose up the ranks in the mafia, becoming a caporegime or captain in the Colombo family by the mid 1950s.

By 1963 he was promoted to underboss by boss Joseph Colombo.

In 1966, he avoided a murder charge for killing a rival and dumping their body into a bay.

In 1967, Franzese entered the music business and gained a financial interest in recording company Buddah Records, which recorded singles for Bill Withers and the Isley Brothers.

He later used the company to launder illegal mob earnings and bribe industry heads through payola.

That same year he was sentenced to 50 years behind bars for bank robbery charges. Though he was paroled in 1978, he returned to prison at least six times on parole violations.

‘Sonny Franzese back in 1966 was one of the pre-eminent organized crime figures in New York, if not the United States. And everybody wanted to get glory,’ said Ed McDonald, the former chief of federal Organized Crime Strike Force in Brooklyn, in a 2019 interview.

He became the Colombo family underboss again in 2004 but his reign was cut short in May 2007 when he was jailed over a parole violation.

While in jail in June 2008 he was indicted for a slew of murders during the Colombo wars in the early 1990s and stealing fur coats in New York City, and participating in home invasions while impersonating police in Los Angeles in 2006.

He was released from jail in December of that same year.

Prosecutors believed Franzese personally killed or ordered the murders of 30 to 50 people.

In 2006, he let slip to a Colombo associate-turned-FBI informant how he committed mob murders in a taped conversation.

He told informant Garetano ‘Guy’ Fatato: ‘I killed a lot of guys – you’re not talking about four, five, six, ten.’ 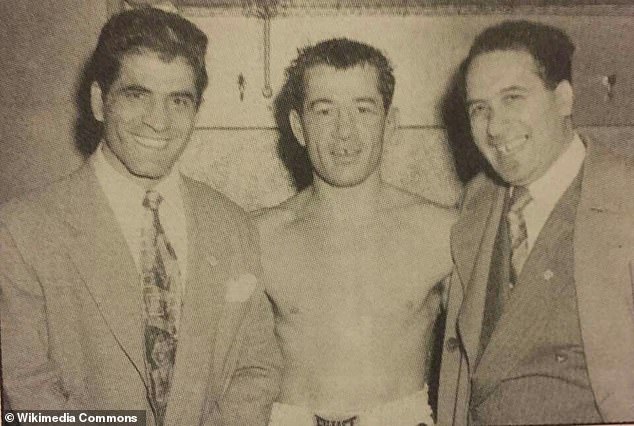 Franzese pictured left with boxer Rocky Graziano in the 1940s 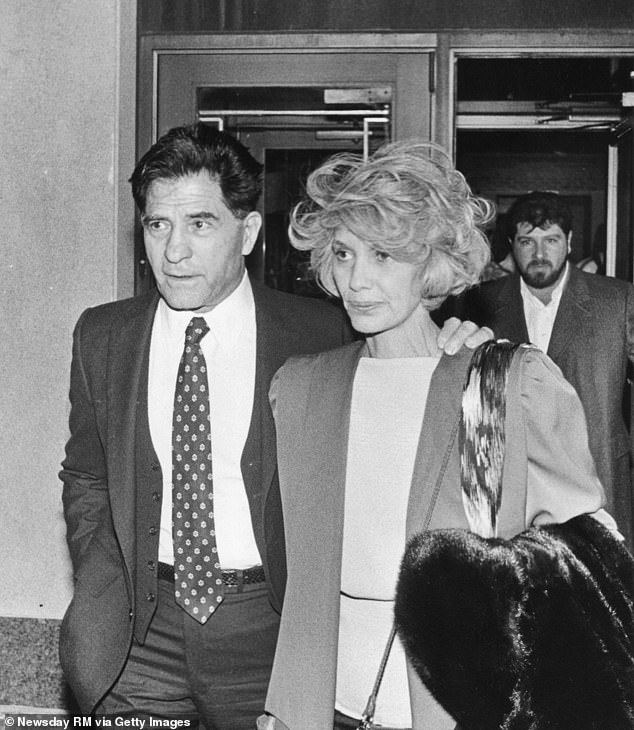 Franzese pictured with his wife Tina leaving court on December 23, 1985

He told Fatato that he put nail polish on his fingertips before committing a murder to avoid leaving fingerprints at the scene.

In 2011, the mobster was sentenced to jail yet again, in a high-profile trial, where his own son John Franzese Jr, who became a government informant, testified against him.

That trial was a shocking moment in mafia history and marked the first time the son of a New York mobster turned state’s evidence against his own father.

This time he was sentenced to eight years in prison for extorting two Manhattan strip clubs, running a loanshark operation and extorting a Long Island pizzeria.

Franzese Sr. was released from jail on June 23, 2017, at the age of 100. He was the oldest federal inmate in the United States and the only centenarian in federal custody. 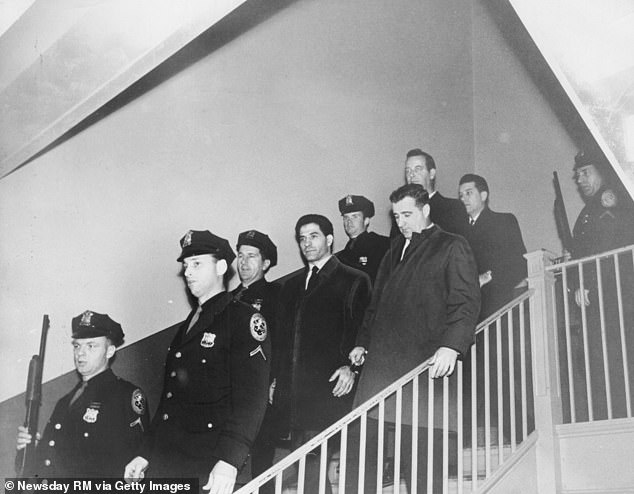 Prosecutors believed Franzese personally killed or ordered the murders of 50 people. He was arrested dozens of times for a slew of charges including assault, racketeering and loan sharking. Pictured in January 1966

Despite spending years in and out of prison, Franzese always maintained his innocence.

‘They wanted me to roll all the time,’ he said in a 2019 interview with Newsday. ‘I couldn’t do that. Because it’s my principle’.

When asked about the prosecutors and judge who sent him to prison and have since passed away, Franzese said, ‘I’ll meet them in hell.’

In his prime, Franzese boasted that he had relationships with Marilyn Monroe and Jayne Mansfield.

When asked if he knew Frank Sinatra he said, ‘You asked the question the wrong way. You should have asked, “Did Frank Sinatra know Sonny Franzese?”‘

His sons followed his footsteps in crime but have since turned away from the mafia.

His son Michael Franzese became a caporegime in the Colombo crime family and at the peak of his mob career he was making up to $8million a week. He was jailed in 1986 and became a born-again Christian behind bars. From then on he publicly denounced the life of organized crime and became a motivational speaker.

Franzese Sr. said he told his younger relatives to stay away from the streets saying, ‘There’s no money in crime no more’.

What happened to Talia on The Rookie?