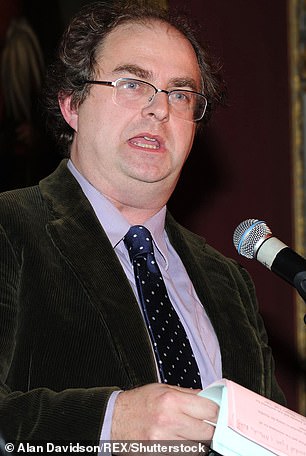 Writer Alexander Waugh, 56, is believed to be trying to become MP for Bridgwater and West Somerset

The grandson of novelist Evelyn Waugh is standing for the Brexit Party at the next General Election.

Writer Alexander Waugh, 56, is believed to be trying to become MP for Bridgwater and West Somerset.

Alexander, who lives in Milverton, Somerset, is understood to be among the candidates announced by the party today.

He told the Somerset Gazette: ‘Irritated at the way in which both the EU and the British Parliament has chosen to play fast and loose with our democracy, I have taken the decision to stop whining about it to my friends and to stand up and be counted.’

His grandfather, Evelyn Waugh, who lived in Combe Florey, near Bishops Lydeard, Somerset, wrote classics such as Scoop, Brideshead Revisited and Decline and Fall.

He is best known for his biography of the Wittgenstein family (The House of Wittgenstein: A Family at War) published in 2009. 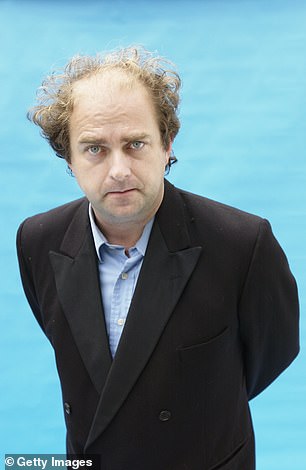 Alexander told the Somerset Gazette : ‘I have taken the decision to stop whining about British Parliament to my friends and to stand up and be counted’

He reviews non-fiction books for the British press and has contributed cartoons to The Literary Review and The Daily Telegraph.

His books Time (1999) and God (2002) use irony and wit to impart a considerable amount of condensed information.

His biography Fathers and Sons (2004) is a portrait of the male relations across five generations in his own family. It was made into 90-minute BBC documentary film in 2005. In 2006 he presented the BBC television documentary.

Waugh is an advocate of the Oxfordian theory, the belief that Edward de Vere, 17th Earl of Oxford wrote the works of William Shakespeare.

He is a life member of the De Vere Society and serves as the Honorary President of the Shakespeare Authorship Coalition.

Who is Stephanie Affleck on The Apprentice?

New Movies On Netflix May 2018: Review Of The Uneven Sci-Fi Thriller ‘Anon’