‘We don’t have surplus doses’: Number 10 rejects calls for the UK to send vaccines to India as it suffers Covid second wave which has pushed its hospitals ‘beyond crisis point’

The Prime Minister’s Official Spokesman said ‘we don’t have surplus doses’ and the focus will remain on the rollout of jabs in the UK.

The spokesman said the Government ‘will keep this under review’ and pointed out that ministers had committed to sending ‘excess’ jabs to countries in need ‘once they are available’.

India today reported 323,144 new Covid cases, down slightly on yesterday’s toll of 350,000 but still around 40 per cent of the global total.

The country also reported 2,771 new deaths – also down slightly on yesterday but amid warnings that the figure is almost certainly being under-counted. 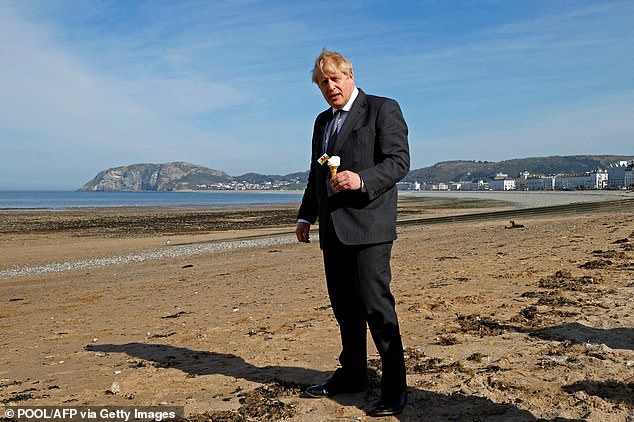 Downing Street today rejected calls to send coronavirus vaccines to India as the country suffers a devastating second wave of Covid-19. Boris Johnson is pictured yesterday during a visit to Llandudno in Wales 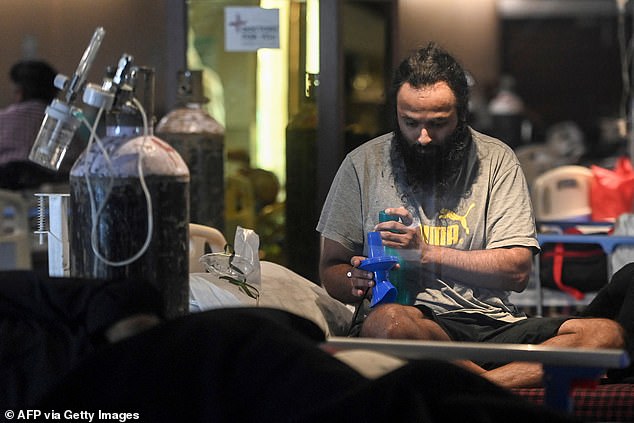 India today reported 323,144 new Covid cases, down slightly on yesterday’s toll of 350,000 but still around 40 per cent of the global total. A patient is seen inside a banquet hall temporarily converted into a coronavirus ward in Delhi 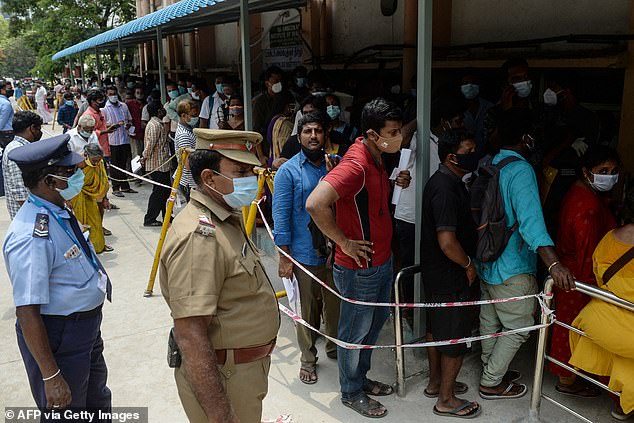 People queue outside a government dispensary in Chennai to buy Remdesivir, an antiviral drug used to treat Covid-19 coronavirus symptoms

Medics have warned that the second wave of infections in the country is being driven by a ‘far more infectious and probably far more deadly’ strain of the virus that has pushed hospitals ‘beyond crisis point’ in just a matter of weeks.

The UK announced earlier this week that it was sending more than 600 pieces of medical equipment to India following the surge in cases.

There have been calls for the Government to go further and to consider diverting some of the UK’s vaccine supply to the country.

But the Prime Minister’s Official Spokesman said: ‘As you will know, we committed in February to sending excess doses from the UK’s supply to the Covax procurement pool and to countries in need once they are available.

‘Right now we are moving through the UK prioritisation list for our domestic rollout and we don’t have surplus doses.

‘But obviously we will keep this under review. We fully recognise that no one is safe until we are all safe in this pandemic which is why the UK has contributed £548million to Covax and sent vital medical supplies to India.’

The situation in India was discussed by Boris Johnson and his Cabinet during a meeting this morning.

Mr Johnson began the meeting ‘by thanking those involved in sending an aid support package, which included a number of oxygen concentrators and ventilators, to India to assist their work in tackling coronavirus’. 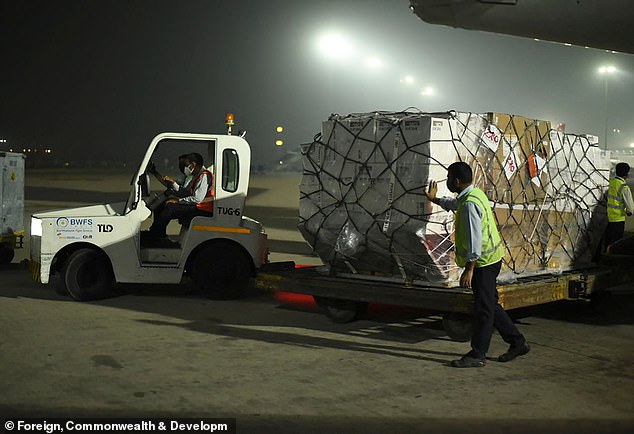 Foreign aid including ventilators and oxygen concentrators sent by the UK began arriving in Delhi today, but medics described it as a ‘drop in the ocean’ and called for vaccines instead 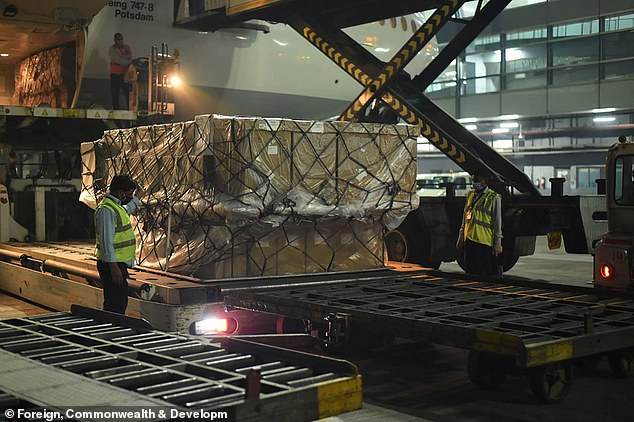 The Prime Minister said he was ‘proud the UK has been able to help and that this sort of action – along with delivery of core government commitments – is what the public want their government to focus on’.

Britain is in the process of sending nine plane-loads of medical equipment to India after Mr Johnson said the UK would do whatever it could to help.

‘We stand side by side with India as a friend and partner during what is a deeply concerning time in the fight against Covid-19,’ he said in a statement.

The Good Doctor romance: Are Morgan Reznick and Alex Park going to get together?