Increased police investigations into far-right extremism have now seen the prison population swell to them making up a fifth of terrorists currently behind bars.

New figures from the Home Office show of the 209 terrorism offenders behind bars, 42 of them are classified as holding extreme rightwing views.

It is a growth of 18 per cent on the previous year and comes after a number of cases where schoolboys and teenagers have been prosecuted over far-right terror.

The increase comes against the backdrop of Met assistant commissioner Neil Basu insisting the type of extremist was Britain’s fastest growing threat.

Critics say police are disproportionately targeting far-right terrorism as a ‘pretence’ to appease the ‘hard-left’.

Among the extremists behind bars are a former Miss Hitler beauty pageant contestant who tried to recruit 15-year-old schoolgirls for banned far-right terror group National Action. 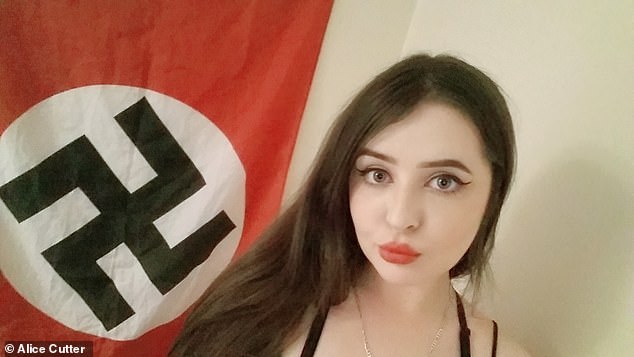 Alice Cutter, 23, was found guilty of belonging to a far-right terrorist group and jailed 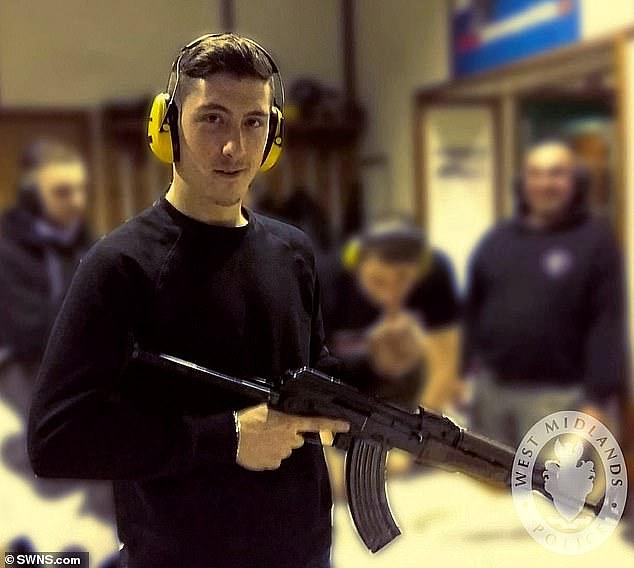 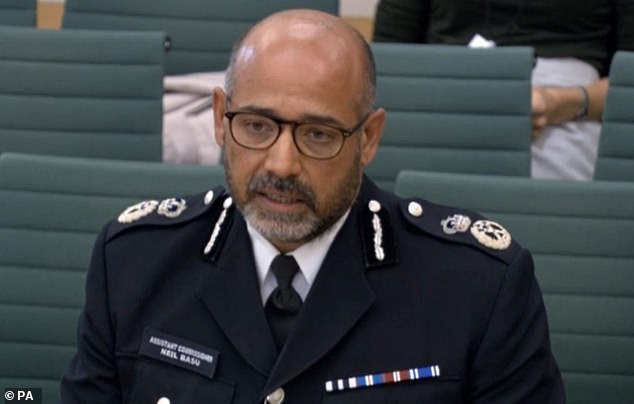 Alice Cutter, 23, was found guilty of belonging to the terrorist group alongside her former partner Mark Jones.

Cutter, who entered a beauty contest as ‘The Buchenwald Princess’ in reference to the Second World War death camp, was today jailed for three years while Jones was handed a five-and-a-half year sentence.

Paul Dunleavy was jailed for five years in 2020 for preparing for acts of terrorism when he was just 16.

He admitted nine counts of possessing terror manuals and also had videos of the New Zealand terror attack in 2019.

Police found his phone had more than 90 documents on firearms, explosives and military tactics, extreme Right-wing online material and the online conversations. 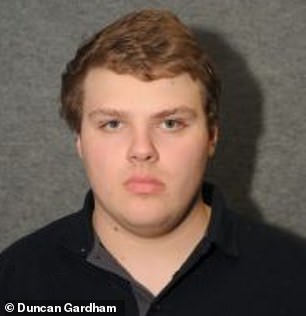 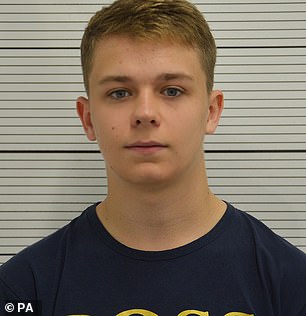 Luke Hunter, 23, and Paul Dunleavy, 17, have both been jailed for far right terror offences

He said seven of the 22 plots foiled since March 2017 have been linked to the ideology.

The officer added: ‘It’s small but it’s my fastest-growing problem.

‘There has definitely been a growth in nationalistic material online, white supremacist literature, things that are extremely disturbing.

‘We are seeing more young people being drawn towards terrorist activity.

‘That is a relatively new and worrying trend in the UK, because just a few years ago we were not seeing anyone that young amongst our casework.’

The son of a counter-terrorism officer who became a one-man ‘propaganda machine’ for a neo-Nazi group calling for the death of a chief constable is also one of the failed terrorists.

Luke Hunter, 23, was described as a white supremacist ‘influencer’, promoting racial hatred and mass murder online to hundreds of followers.

Hunter, whose father was a former Scotland Yard counter-terrorism officer, was affiliated with a now banned terrorist organisation called the Feuerkrieg Division

The teenager, who committed a string of terror offences between the ages of 13 and 15, fell into his grandmother’s arms in court as he was spared jail.

The boy, now 16, became the leader of the UK branch of Feuerkrieg Division (FKD) in 2019. When police raided his grandmother’s home they found a swastika flag and the extremist codes ’14 88′ – standing for ‘Heil Hitler’ painted across the garden shed.

The disrupted outrages take the the number of stopped terror plots from March 2017 to 28.

Dean Haydon, the senior national co-ordinator for counterterrorism policing, said of the foiled plots: ‘These statistics tell me two things. Firstly, that despite facing unprecedented challenges brought about by the pandemic, counterterrorism policing continued to keep the public safe by making 185 arrests across more than 800 live investigations, stopping three possible terror attacks in the process.

“And secondly, that while the rest of us have been focused on protecting ourselves and our families from this terrible disease, terrorists have not stopped planning attacks or radicalising vulnerable people online.”

The pursuit of far-right extremists has been criticised in some quarters as being done to appease the Left.

Colonel Richard Kemp told MailOnline in June: ‘The authorities know full well that the far-right extremism is not a major threat in the UK. The reason that it is often spoken about and discussed is that is because it’s a way of appeasing the sort of people that do want to damage the UK, like Islamic terrorists and to a lesser extent the hard left.

‘Obviously we have seen far-right people doing some terrible things, but it’s not any way comparable to Islamic jihad or similar to that.

‘There is a pretence put up that it is. The authorities know it isn’t and I am concerned that because they have this narrative in Government far-right extremism is a danger resources are diverted to it when they shouldn’t be.

‘It obviously does need to be monitored but it shouldn’t cause resources to be diverted from more important priorities.

‘Resources are going to be very, very stretched and that is then compounded by this false concentration on far-right. I am not saying far-right isn’t a threat and of course resources have to be given to dealing with it, but it should not be done at the expense of other extremism’.

Isles of Scilly bid farewell to 2020 from pubs