Office worker who forged his boss’s signature on cheques to steal £214,000 from leisure charity to fund his ‘high-end lifestyle’ and buy a £10,000 Jaguar is jailed for four years

A crooked charity worker has been jailed for four years after stealing £214,000 from the good cause coffers to fund a ‘high-end lifestyle’.

Darren Clark, 41, forged the signature of the charity’s chief executive on cheques to give himself a luxurious lifestlye.

The office worker for Lincs Inspire even carried on taking cash from the Lincolnshire based charity, after he was sacked, a court heard.

Clark paid £10,000 for a Jaguar from the money he pilfered from Lincs Inspire, which runs leisure centres in Grimsby, Cleethorpes, Immingham as well as Grimsby Auditorium.

He was paid £45,000-a-year by Lincs Inspire and claimed to be an accountant, Grimsby Crown Court heard. 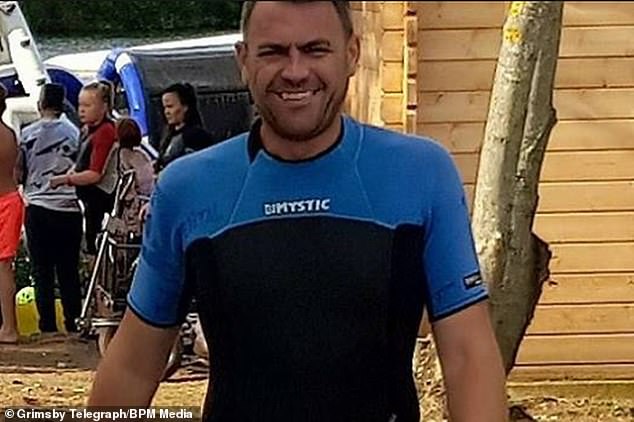 Darren Clark, 41, paid £10,000 in cash for a Jaguar from the money he swindled out of charity Lincs Inspire, which runs leisure centres in Lincolnshire

However, the court was told he was actually an accountancy technician and was one of the two signatories who could sign cheques.

Clark practiced forging the signature of chief executive Sue Wells, before using cheques to draw a total of £180,000 from Barclays Bank over a period of nearly three years. A further £30,000 was paid direct into his Santander bank account.

Clark, of Leyden Close, Immingham, admitted falsifying a signature on cheques to gain nearly £215,000 between June 2015 and April this year.

Even after he was dismissed by Lincs Inspire in January this year he continued to submit cheques to the bank from cheque books that he had kept.

Judge Graham Robinson said: ‘Fraud like this really knocks the guts out of charities.’

He told how Clark had secured employment with Lincs Inspire when it was formed in 2015 as a member of the Association of Accounting Technicians.

He said the charity was heavily reliant upon local authority funding. The judge said he learned to forge Sue Wells’ signature and started in a relatively small way with a cheque for £510.

‘But a couple of weeks later it was £8,700. You were dismissed from your employment on January 1, 2018 but continued to write cheques up until April.

Sentencing Clark to four years in prison, Judge Robinson said: ‘Frauds like this are soul destroying to people who work for not much money. It is soul destroying for everyone as the finger of suspicion points to everyone. Just so that you can drive around in a swanky motor car.’

He highlighted how Clark had spent £13,000 within one fortnight in November last year, including paying £10,000 cash for a Jaguar car.

The judge said it was a plain breach of trust.

He said: ‘When it is an inside job the finger of suspicion points to everyone and makes members of the team feel untrustworthy. This was blatant targeting of a charity.’

Prosecuting, Jeremy Evans said: ‘Lincs Inspire is a registered charity serving North East Lincolnshire with leisure and sports centres in Grimsby, Cleethorpes and Immingham. It provides swimming and sports facilities to all ages and people of all levels of ability and Grimsby Auditorium.’

He said Sue Wells was appointed chief executive when it formed in June 2014 and Clark was taken on to be in charge of a four-strong accountancy team.

He was ill and off work late last year and a stand-in accountant took over temporarily.

Mr Evans said: ‘There were irregularities in the way accounts were kept. It became apparent when a member of Barclays bank queried the validity of signatures on a cheque for £2,700. Two cheques were stopped and Sue Wells said she had not signed either of them. Then began the investigation.’

Mr Evans said: ‘A number of those cheques were cashed even after he ceased employment with Lincs Inspire.’

He said investigators found two cheque books at his home in which Clark had practiced forging Sue Wells’ signature.

Mr Evans said: ‘The money was used to buy high end goods to sustain his lifestyle.’

He said Clark has also been paid over £9,000 to sit chartered accountancy exams, but he never sat them.

The prosecutor said Clark went missing in the middle of April this year and police found him in a bar in Hull. He was caught in possession of a small amount of cannabis.

Mr Evans said Lincs Inspire had been restricted in its ability to invest in new technology and equipment as a result of the fraud. He added Sue Wells felt ‘betrayed.’

He said: ‘She placed a high degree of trust in him and felt cruelly treated.’ It had cost Lincs Inspire a further £10,000 to resolve the accountancy mess.

Mr Evans said proceeds of crime action will now be taken against Clark to recoup some of the money.

For Clark, Andrew Bailey said his client was remorseful and had been of good character before the fraud.

‘It is a tremendous fall from grace for him,’ he said.

He told how the breakdown in his relationship with his wife and his inability to see his children had taken their toll on his client. He is getting treatment for his depression, he said. 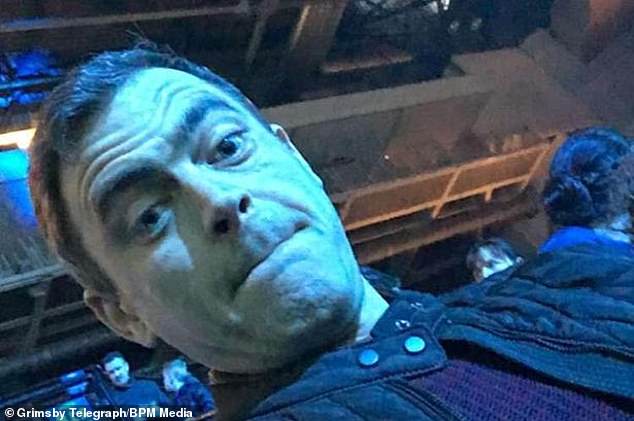 Clark has been jailed for four years after stealing £214,000 from the charity which encourages people to live healthier lives

‘As such, the Charity was completely reliant on his professional integrity and honesty for all of its financial information, analysis and advice. Immediately upon suspecting a fraudulent act we reported the matter to Humberside Police whose investigations resulted in the prosecution and conviction of the ex-employee.

‘We are relieved that this matter has now come to its legal conclusion and will continue to work with Humberside Police to do everything possible to recover the lost funds. The increase in the Charity’s expenditure as a result of the fraudulent activity is clearly upsetting, and we are working hard to ensure this does not detrimentally impact on the delivery of the charity’s purpose, which is based on supporting health and wellbeing through the provision of accessible and good quality services across sport, leisure and culture’.

Humberside Police financial investigator, Detective Constable Sue Shepherd said after the hearing: ‘Sue Wells felt let down and betrayed by what Clark did. Four years sends out a strong message to anyone in a position of responsibility, that you have to be prepared to get caught and serve such a sentence.

‘People do not realise the knock on effect it can have on a charity. Greed took over,’ she said.

Huawei Ireland CEO: '5G is a necessary part of a green agenda'

What Tom Hardy's Son Really Thinks About His Venom Role

Aston Martin unveils first ever SUV and calls it 'adaptable'