A special constable who paid a vulnerable woman £30 for sexual favours and in a car and offered her £300 for sex will never work again for the force.

Quinn Baker was found guilty of gross misconduct at a tribunal hearing after sending ‘incessant’ messages begging the woman he met on Tinder for sex.

The former communications officer and volunteer for Kent Police met the woman, named as Witiness A, on the dating app in 2017.

The young woman was described as having ‘significant mental health issues’ who had history of drug and alcohol abuse and was a ‘prolific self-harmer’.

After going out for dinner once, the woman blocked Mr Baker on the dating app after repeatedly messages asking for sex and making her feel uncomfortable.

Last year, she unblocked him from the app and they started messaging again. The incidents examined date to September and October last year.

Matt Chidley, representing Kent Police, said: ‘The former officer was aware of her financial difficulties and Witness A reports he would say: ‘If you do this, I’ll give you money”. It was always sex he wanted. 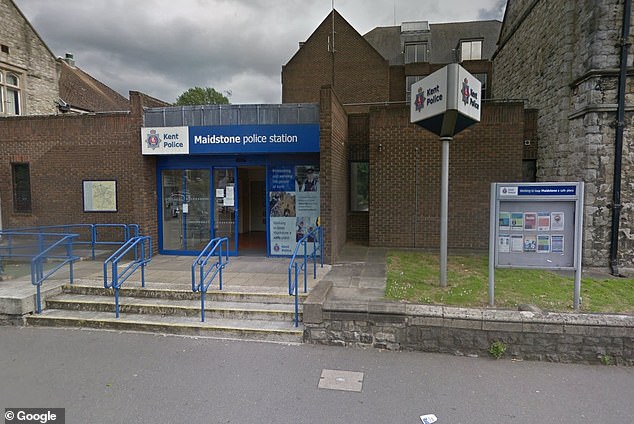 Special Constable Quinn Baker, who worked as a communications officer and volunteer for Kent Police (pictured, force headquarters), was found guilty of gross misconduct at a tribunal hearing after paying a vulnerable woman £30 for sexual favours and offering £300 for sex

‘There can be no doubt the former officer was aware of her vulnerability as the pair had been meeting and she had told him about her background, she says in her statement.’

In September 2019, the former Medway special constable sent Witness A a Snapchat message offering to pay her £30 for a sex act.

The hearing was told Mr Baker collected her from her home address later that evening and the pair had been driving around before he asked her if she wanted the money in exchange for sexual favours.

In a statement later given to investigating officers, she said Mr Baker had not threatened her or forced her but that she needed the money and accepted.

She said Mr Baker had told her to delete the messages he’d sent earlier proposing to pay for the act.

The woman returned home with the money and told a friend – known as Witness B – about the encounter and showed her the cash.

The panel was told Mr Baker also offered to pay the victim £300 for full sexual intercourse, which did not happen, and the witness grew concerned about his conduct as they were also aware of his role within the police.

Mr Chidley added: ‘Given (the victim’s) vulnerability, Witness B was understandably concerned about the former officer’s conduct and called 101 to report him.

‘The reaction is highly relevant when assessing the public’s perception of the former officer’s behaviour.’

Following the meeting, Witness A reported a crime – not relating to the ex-officer – and had self-harmed causing paramedics to be called to her home.

Mr Baker was accused of using his warrant card, despite not being called to the scene, in order to gain access to the woman who was being treated in the back of an ambulance.

When the woman’s friend challenged him for being there, he reportedly flashed his ID card and replied: ‘I don’t need to speak to you. I’m a professional and police officer.’ 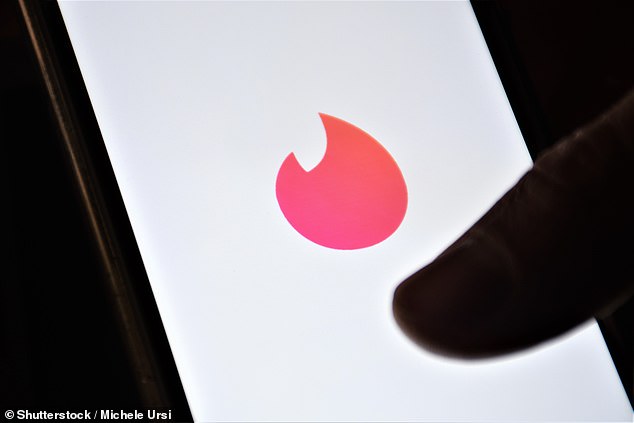 Mr Chidley said the former Medway officer’s use of his warrant card was ‘not legitimate’ and was a ‘clear breach’ of policing standards into honesty and integrity.

The panel dismissed the accusation on the basis of a lack of evidence.

Mr Baker did not attend the hearing where he was found to have ‘brought the reputation of the police service into disrepute and cause damage to public confidence’.

Panel chairman Nicola Talbot Hadley said he had engaged in a relationship that was ‘exploitative of her vulnerability and involved the use of money for his own sexual gratification’.

If he had not resigned from the force, he would have been dismissed without notice.

She added: ‘He knew about her mental health and financial difficulties and continued in this relationship.

‘He described it as ‘friends with benefits’ suggesting a lack of emotional commitment.

‘We found Witness A to be credible and the offer of money was linked to repeated requests for sexual favours.’

After the hearing, Supt John Phillips of Kent Police’s Professional Standards Department said: ‘Former Special Constable Quinn Baker brought discredit on himself, and thereby the organisation, by his unethical actions towards a vulnerable young woman.

‘It is important that the misconduct proceedings went ahead despite the former officer’s resignation so he can be barred from working within law enforcement in the future.

‘The vast majority of officers perform their duties to the highest standard, doing everything they can to protect those at risk of serious harm.

‘When an individual falls short of what is expected of them we will investigate and if appropriate move forward with the misconduct process.’