Home » World News » One in 6 have already had Covid in parts of England, antibody map reveals

ONE in six people have been infected with Covid in parts of England.

Across the country, seven million people have now had the bug. 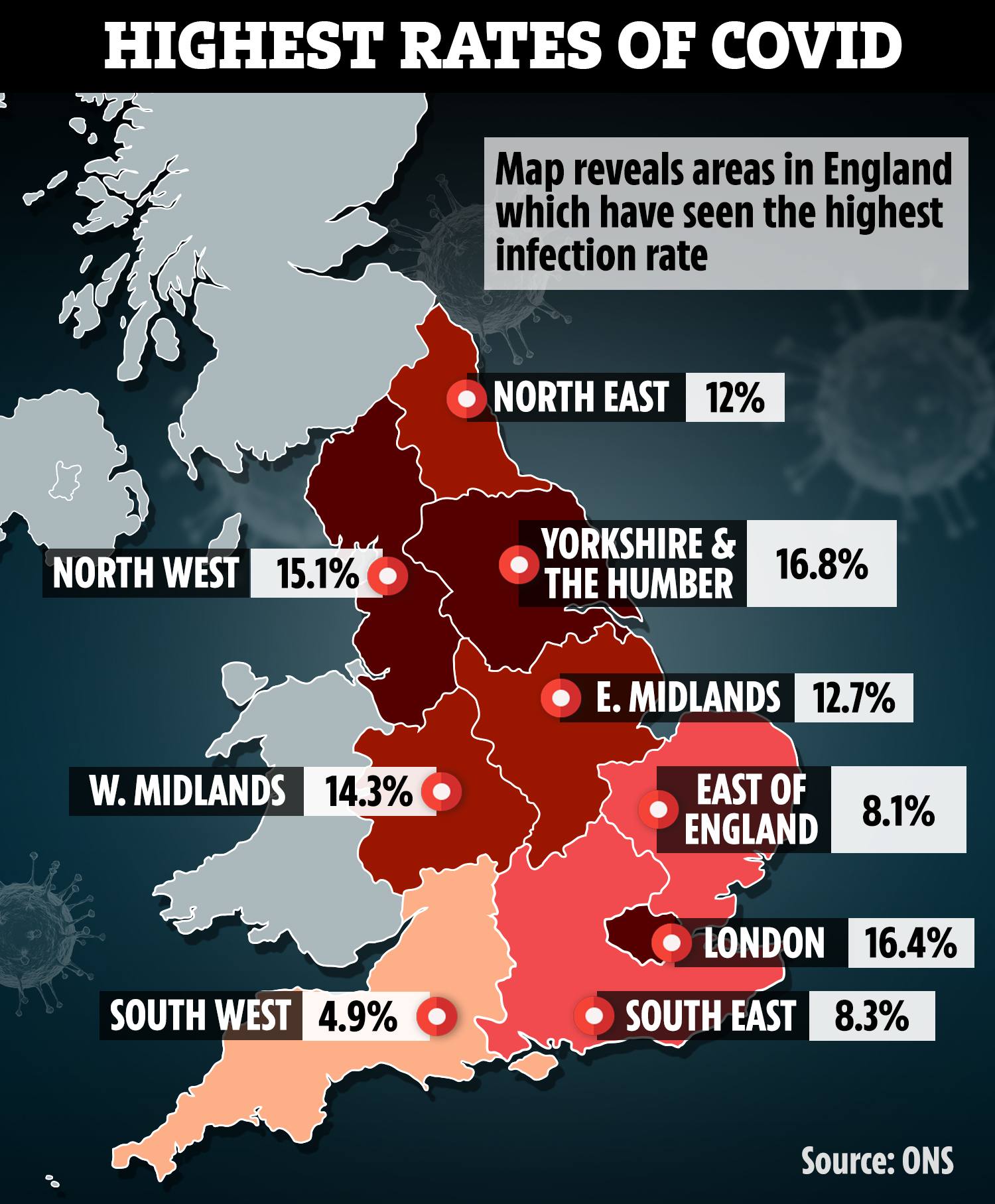 Yorkshire has seen the highest percentage of people catching the virus, with 17 per cent of the population having antibodies.

Residents of London and the North West come in second and third – with 16.4 per cent and 15 per cent of people there respectively having been infected.

Overall in England, one in eight people had had coronavirus by December last year.

According to the latest data from the Office for National Statistic's Covid-19 Infection Survey, around seven million people have been infected throughout the pandemic.

This equates to 12.1 per cent of people over 16 having suffered with the disease.

Across England, "there is substantial variation in antibody positivity between regions", the report states.

Prof Lawrence Young, Virologist and Professor of Molecular Oncology, Warwick Medical School, said: “This study shows that infection with the SARS-CoV-2 virus is much more widespread in the UK than previously realised with around 1 in 10 people estimated to have been infected by December 2020.

"This raises some important questions concerning the possible impact of the UK variant virus on infection rates – this variant is more transmissible and may account for the increased levels of infection as detected by antibodies."

It comes as more than half of the over-80s and half of elderly care home residents have received the jab.

But as ministers have given the go-ahead to begin vaccinating the next priority groups – the over-70s and the clinically extremely vulnerable – questions have been raised about older Brits not yet vaccinated.

But Health Secretary Matt Hancock vowed to send supplies to places which are lagging behind on the national roll-out amid fears of a vaccine "postcode lottery".

He acknowledged that some areas of the country had made better progress than others but said they were putting more supplies of the vaccine into those that were falling behind.

Mr Hancock said: "What we're doing now is making sure that whilst they, of course, will be able to move onto the next group, we're prioritising the supply of the vaccine into those parts of the country that need to complete the over-80s.

"But we don't want to stop the areas that have effectively done that job already, we want them to carry on, but the priority of the vaccine is according to the JCVI (Joint Committee on Vaccination and Immunisation) prioritisation list."

Data from Public Health England (PHE) states that 91 per cent of places have seen a fall in cases over the last seven days – as our interactive map shows all the hotspots.

Nine per cent of areas are still experiencing a rise and there are ten areas in England that have seen a significant jump in cases in the last week.

It comes as it was yesterday reported that 3,433,494 people have caught the virus in Britain since the pandemic began last year.

And the total death toll has now reached a tragic 89,860. 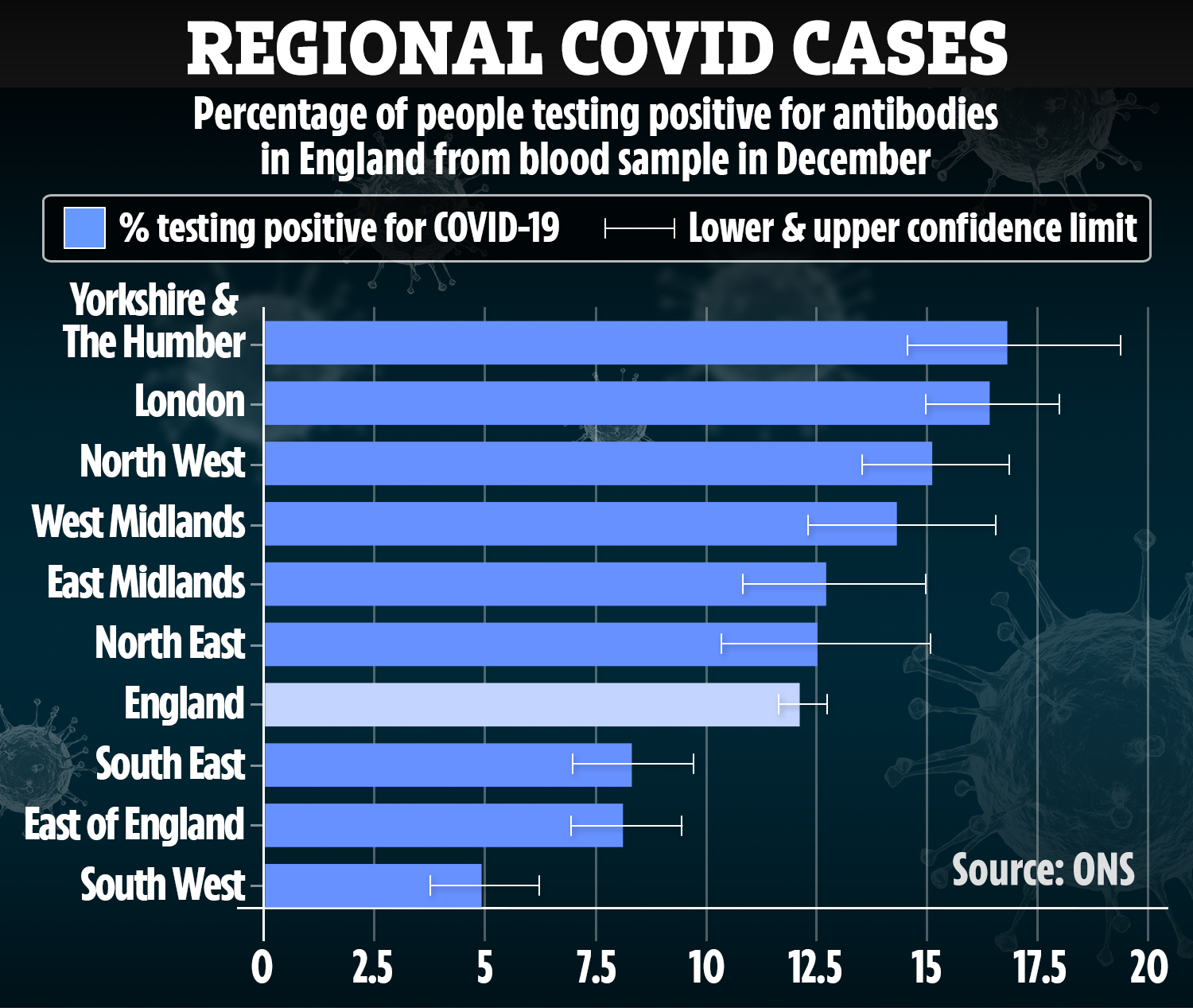