Would YOUR dog take the biscuit? Online craze challenges mutts to not eat five tasty treats until they get the go-ahead… and owners who fail donate £2 to charity

Keeping ourselves away from the biscuit tin is a challenge many of us have tried — and failed at — during the long days of lockdown.

So we shouldn’t be surprised that our canine companions show equally poor discipline when faced with the prospect of sweet treats, at least if a hilarious new challenge sweeping the internet is anything to go by.

In ‘The Five-Biscuit Challenge’, dog owners are asked to film themselves throwing five biscuits onto the floor around their pet, who must then wait for their master or mistress to count to five before they tuck in.

Vinnie, four, strikes a pose for owner Claire Archer from Oxfordshire, while Boo looks proudly at owner Maxine Lower in East Sussex and Kai can’t take his eyes off the prize in Lancing 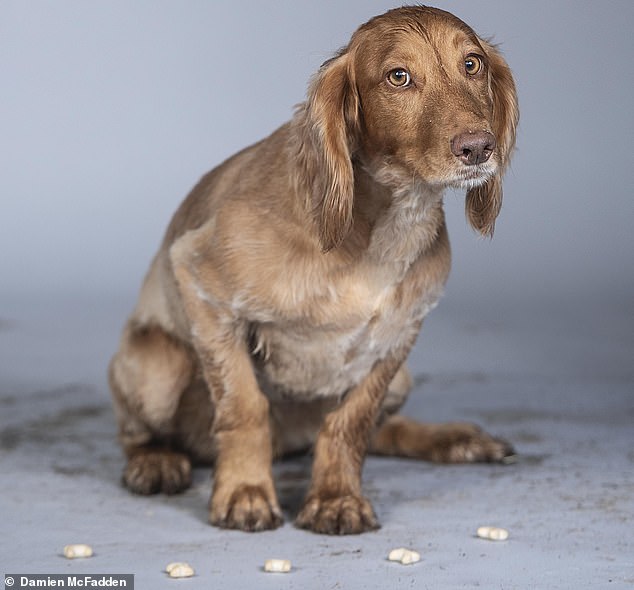 If they gobble the biscuits before the count is up, owners are asked to send UK charity Spaniel Aid £2.

Unsurprisingly, many gulp down the first biscuit before their owner has counted to two — or even one.

It’s been good news for Spaniel Aid, where staff have waded through vast amounts of footage sent in over the past few days, showing quite how spectacularly the nation’s dogs have failed to make the grade.

Some dogs are so desperate for a snack they practically vault through the air to intercept them.

Lucinda Southern, a 33-year-old gundog trainer from Nottinghamshire, came up the idea as a way to combat boredom in this lockdown. 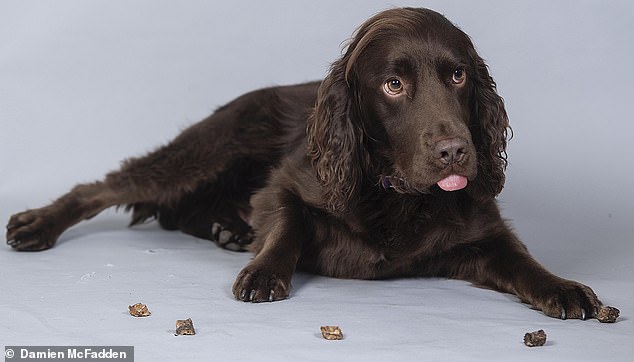 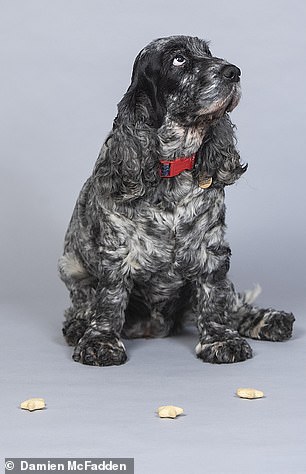 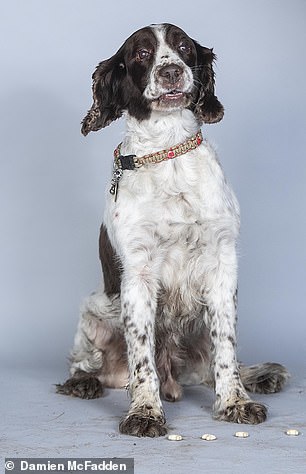 She says: ‘In the first lockdown I did free training tips and videos on how to teach your dog to do different things for friends, which was really popular.

‘So this time I thought, “Why not do something for a good cause and make it fun?” It’s a challenge anyone with any kind of dog could take up.’

But it has shown a nation of dog-lovers how naughty and greedy many canine companions are.

Maxine Lower, head of fundraising at Spaniel Aid, says she’s been sent ‘almost too many films to count’ since promoting the challenge on the charity’s Facebook page.

‘It’s impossible not to laugh. Dogs are just very greedy, especially spaniels,’ she says. That includes her own elderly spaniel Rumpole, who only completed the challenge after about ‘take 500’. 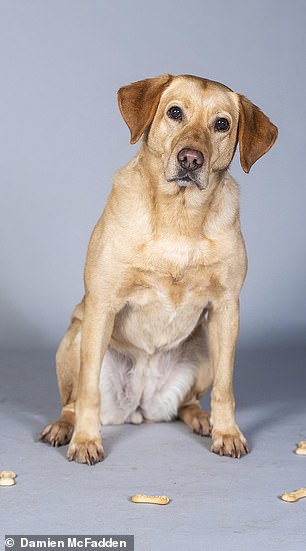 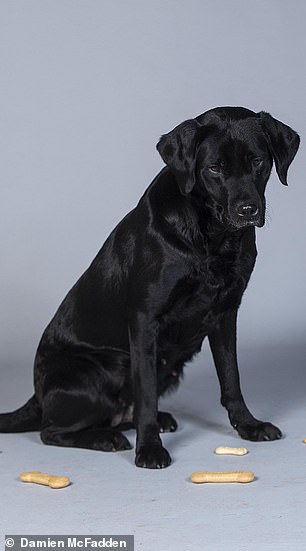 Owners of naughty pups can console themselves with the fact that while their training may not be quite up to scratch, the charity — which helps rescue and rehome dogs — has already raised £900.

Maxine will pick a winning entry from all the footage in coming weeks. ‘It’s going to be tough to pick a favourite,’ she says. ‘It’s a lovely way to raise some money and some smiles at this tricky time.’

‘Marriage Boot Camp’ Preview: Michel’le Admits That She Doesn’t Think Stew Is In Love With Her

It's a Girl! Pippa Middleton Gives Birth to Her Second Child