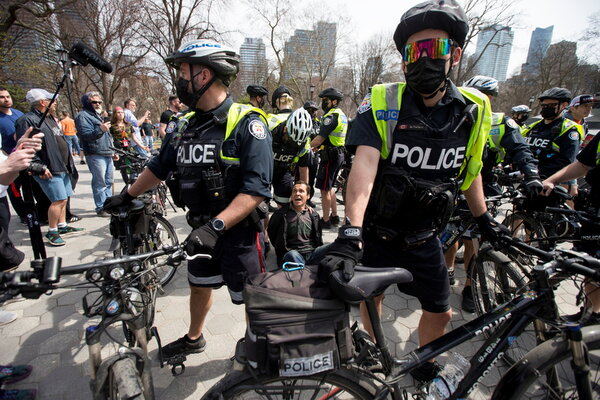 Ontario, Canada’s most populous province, has extended and expanded its stay-at-home orders and given the police sweeping new powers to enforce the mandates in an effort to curb rising case numbers and hospitalizations.

The police will now be able to stop and question people, including those in vehicles, to make sure that their trips outside home are essential. Residents, who are not permitted to gather with members outside their household with some exceptions, could face fines if they do not comply with the new orders. The Ontario government is also expected to restrict travel between Manitoba and Quebec, and the police will set up checkpoints at the provincial borders.

The new measures come amid a sluggish vaccine campaign in Canada and the latest virus wave there, driven largely in Ontario by the highly contagious B.1.1.7 variant first detected in Britain. The increasing case numbers have strained the capacity of intensive care units in many parts of the country.

Nautilus Hotel being watched by Miami PD after illegal party

Mother, 40, and her three children survive 34 DAYS in Colombian jungle

3.4MILLION from future COVID-19 hotspots in US before pandemic's start

What time is Informer on BBC One, who's in the cast with Paddy Considine and Sunetra Sarker and what's it about?