JASON Isaacs, 18, was walking with friends when he was stabbed to death by four masked men with machetes – but his family's heartache was only just beginning.

Devastated mum Sharon Kendall was "sickened" to learn in court that her son's vicious murder had been boasted about in vile drill music lyrics. 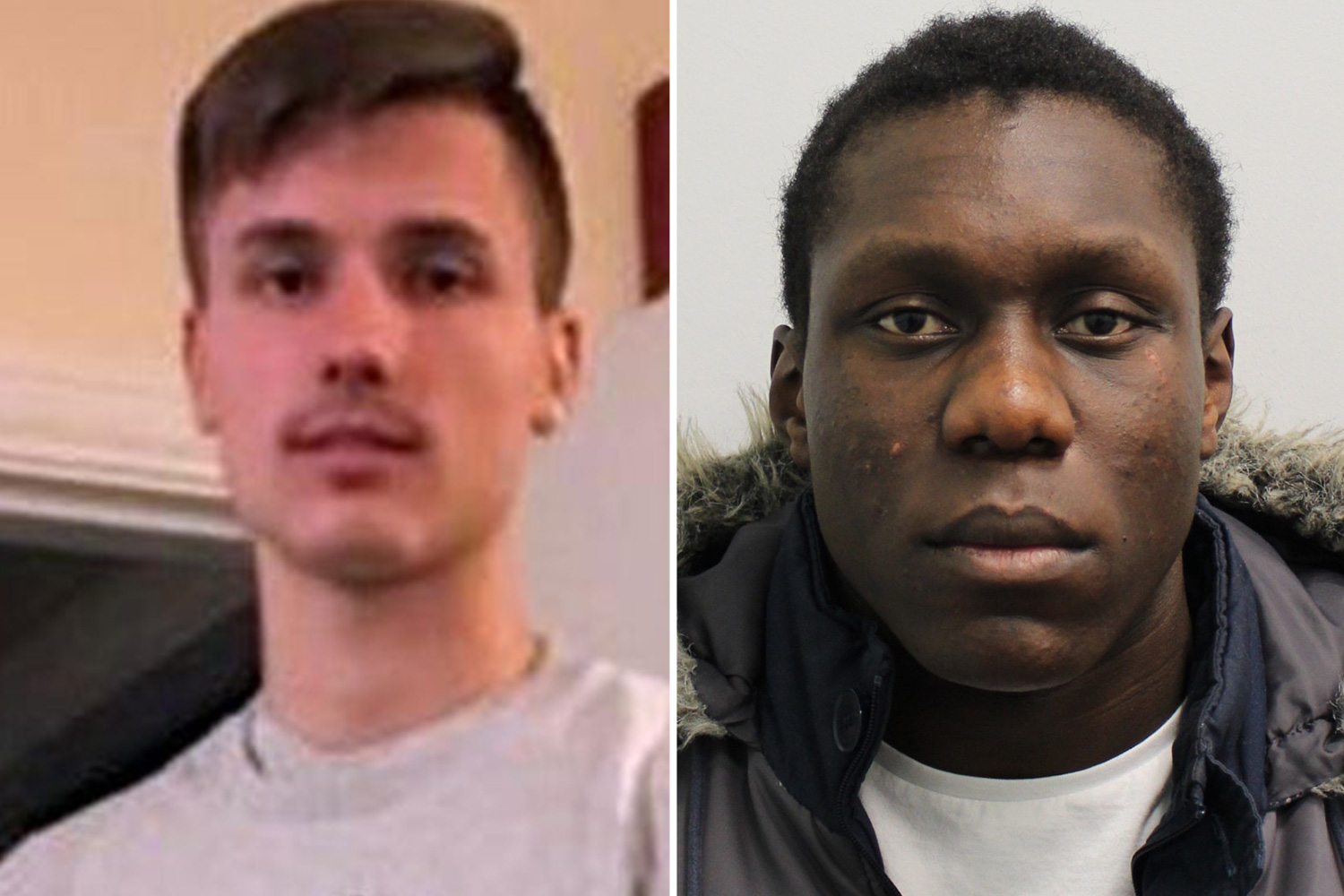 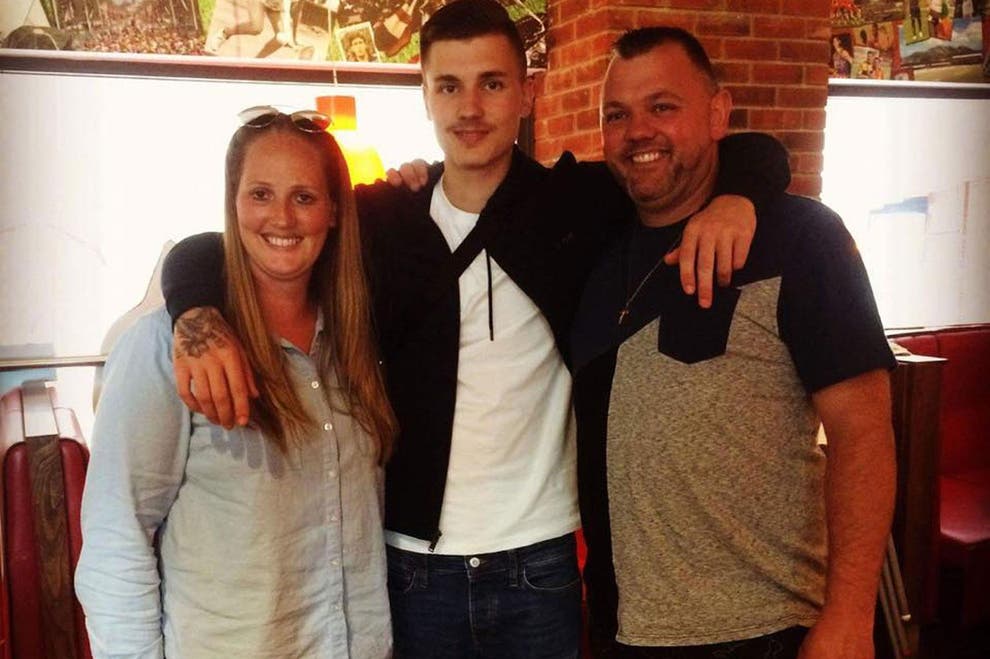 She also discovered that Jason's killer, Joel Amade, had described how he planned to murder someone in a rap track one year before the murder.

This week a new report found that more than a quarter of London gang killings could be linked to drill music, which is frequently used to brag about attacks and taunt rivals and victims.

The Policy Exchange research said that drill music – a subgenre of rap, which was born in Chicago – glamourises violence, causes dozens of deaths and hundreds of injuries each year – and 80 percent of the victims are black or ethnic minority people.

Sharon, now 41, is one of many mothers who know too well about the dangers presented by drill music.

In May, she was horrified when Body by Russ Million and Tion Waynes became the first drill track to reach No 1 in the UK charts.

The mum-of-three told The Sun: "I think drill music is a massive cause of knife crime and could influence it.

"They talk about what they have done to each other in the lyrics and then the gangs retaliate."

In 2019, rapper Joel Amade was sentenced to a minimum of 20 years for killing her son.

His track Dip [stab] First came out before he stabbed Jason in 2017 and included lyrics detailing the type of attack he wanted to carry out.

You have just killed someone and now you're sitting in a bedroom writing lyrics about what happened? It's sick!

They said: "Stab first then talk… On flight-mode when we walk… Chest or back we’ll rip his face off I’ll put holes in your back."

Sharon explained: "Basically they said, 'We go out and stab people in the back' – Jason was stabbed eight times in the back.

"They rapped about putting their phones on flight mode, which they did for the attack too to avoid being linked to the crime scene.

"I had to ask YouTube to remove the song because he was still getting views and making money from it despite being in prison."

While the music video was taken down, it is still possible to find it through various other compilations on the platform.

Most chillingly, Sharon claimed one of the gang members who attacked her son penned a drill track about his death shortly after the killing.

She said: "After they stabbed my son, one of them went home and wrote lyrics about what they had done, which I find mad.

"You have just killed someone and now you're sitting in a bedroom writing lyrics about what happened? It's sick and sickening to hear.

"It’s awful and the music is awful, I don't know how anyone could listen to it. I turn it off if I ever hear it because it makes me feel sick." 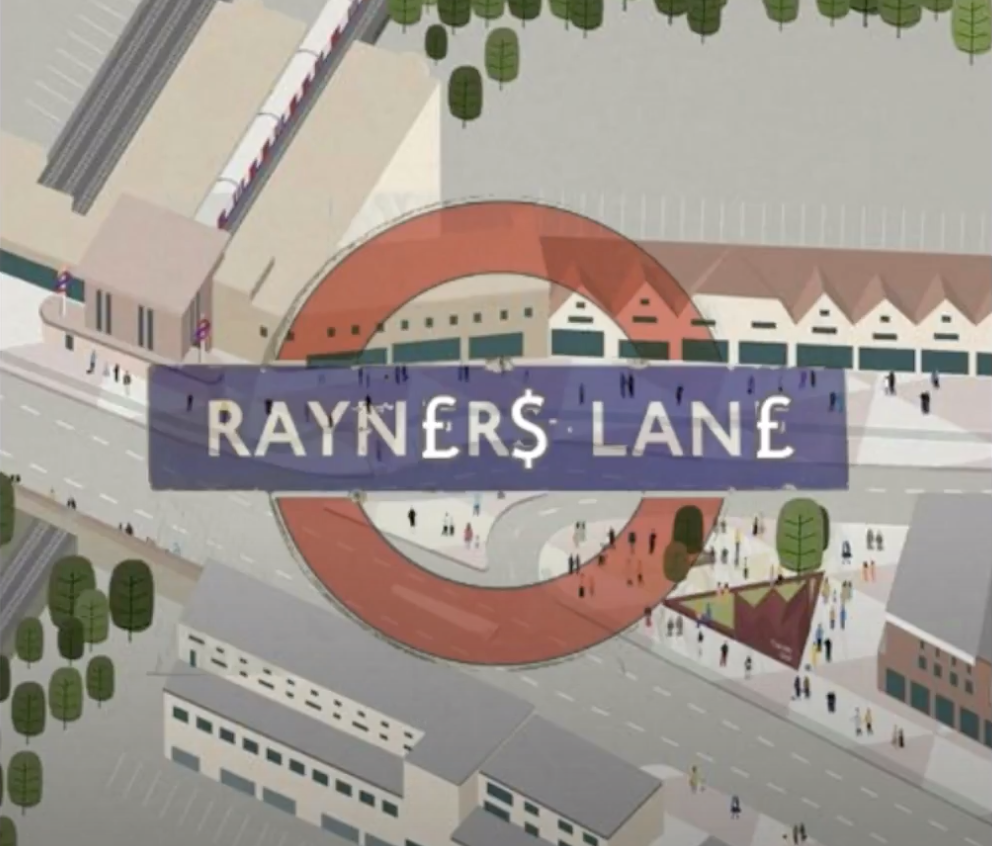 Earlier this year, we reported that zombie knives – blades with both a sharp and a serrated edge – were being sold on SnapChat for as little as £40.

They were predominantly up for sale on accounts with ‘drill’ in the title.

Natalie Secka told The Sun she was "horrified" by our findings because a zombie knife bought on the platform was used to kill her son.

Louis Jordan, 16, was stabbed to death last year in East Croydon, by Kiona McKenna who was given a life sentence.

Natalie said: "You can see them if you follow any of the UK drill music pages… I see them almost every day.

"They have zombie knives and other weapons for sale all the time, it just makes me feel so powerless.

“It has left me afraid for everyone, not just for my own remaining children, but for all the young people out there.” 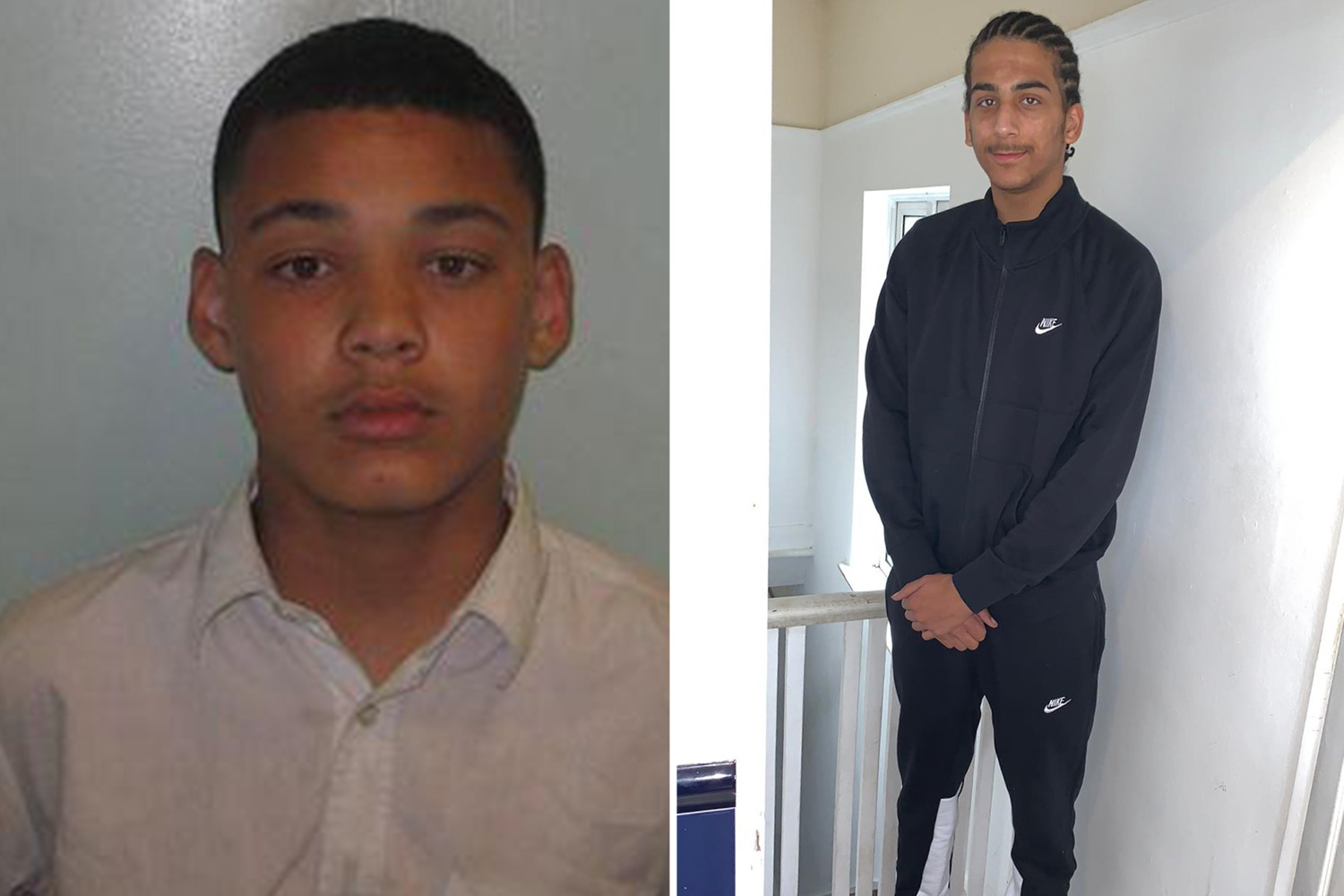 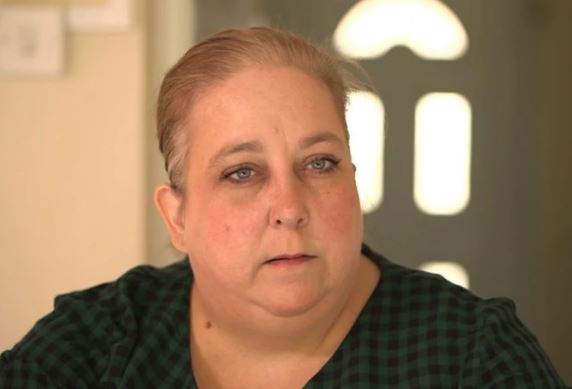 'Come here, I got you a coffin'

Kamali, a 19-year-old father, was chased into a salon in Wood Green, North London, and stabbed to death in front of terrified customers.

One of the attackers Tyrell Graham, 18, known as 'Trills', was identified as being especially dangerous in court because of violent drill music lyrics he had written.

The chilling words read: “Park Lane bopping, the opps dem dropping. Come here, I got you a coffin, 12 gauge long like Kelvin’s coffin.”

It’s alleged the rap referred to Kelvin Odunuyi, 19, who was gunned down in 2018 – no one has been brought to justice for the crime. 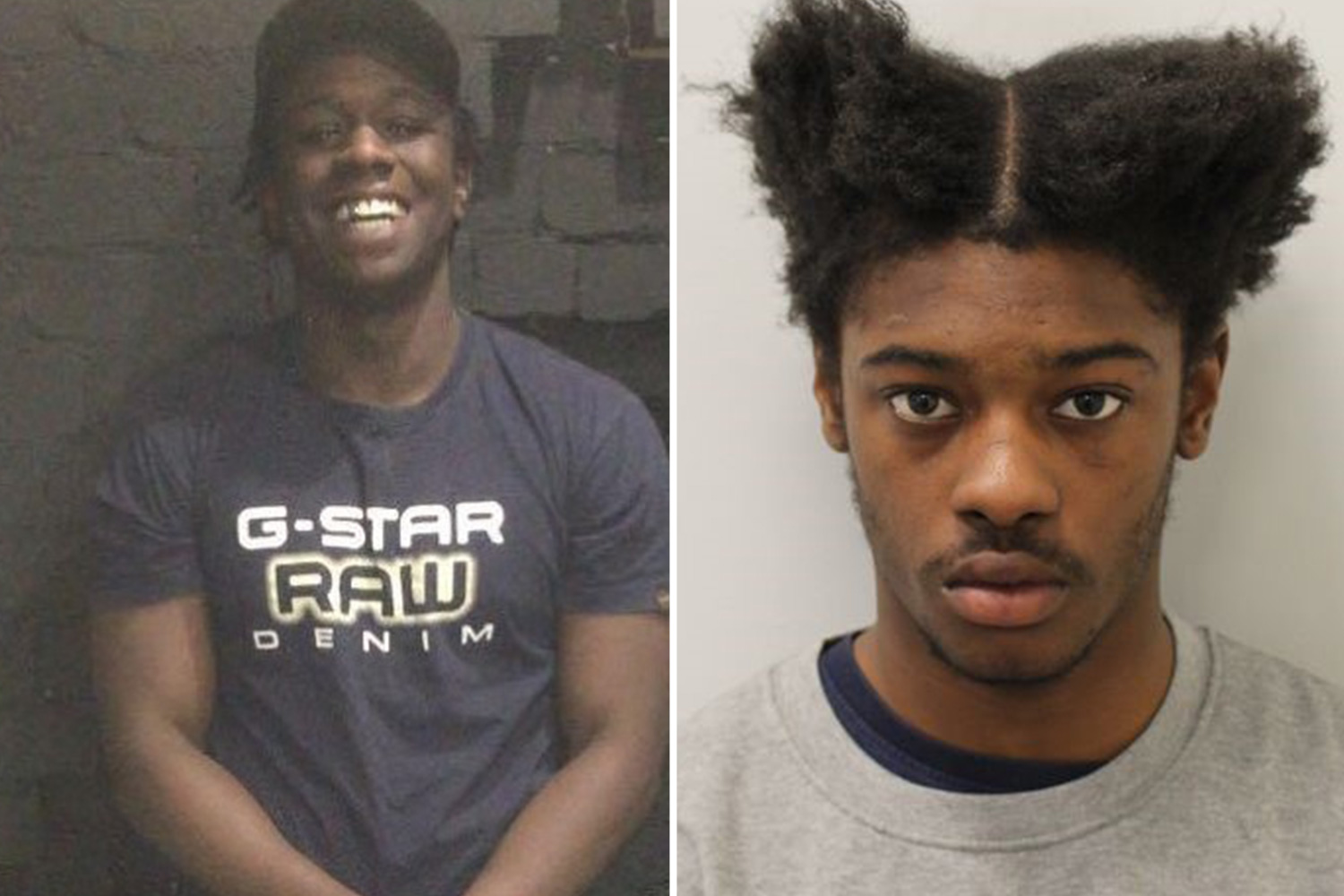 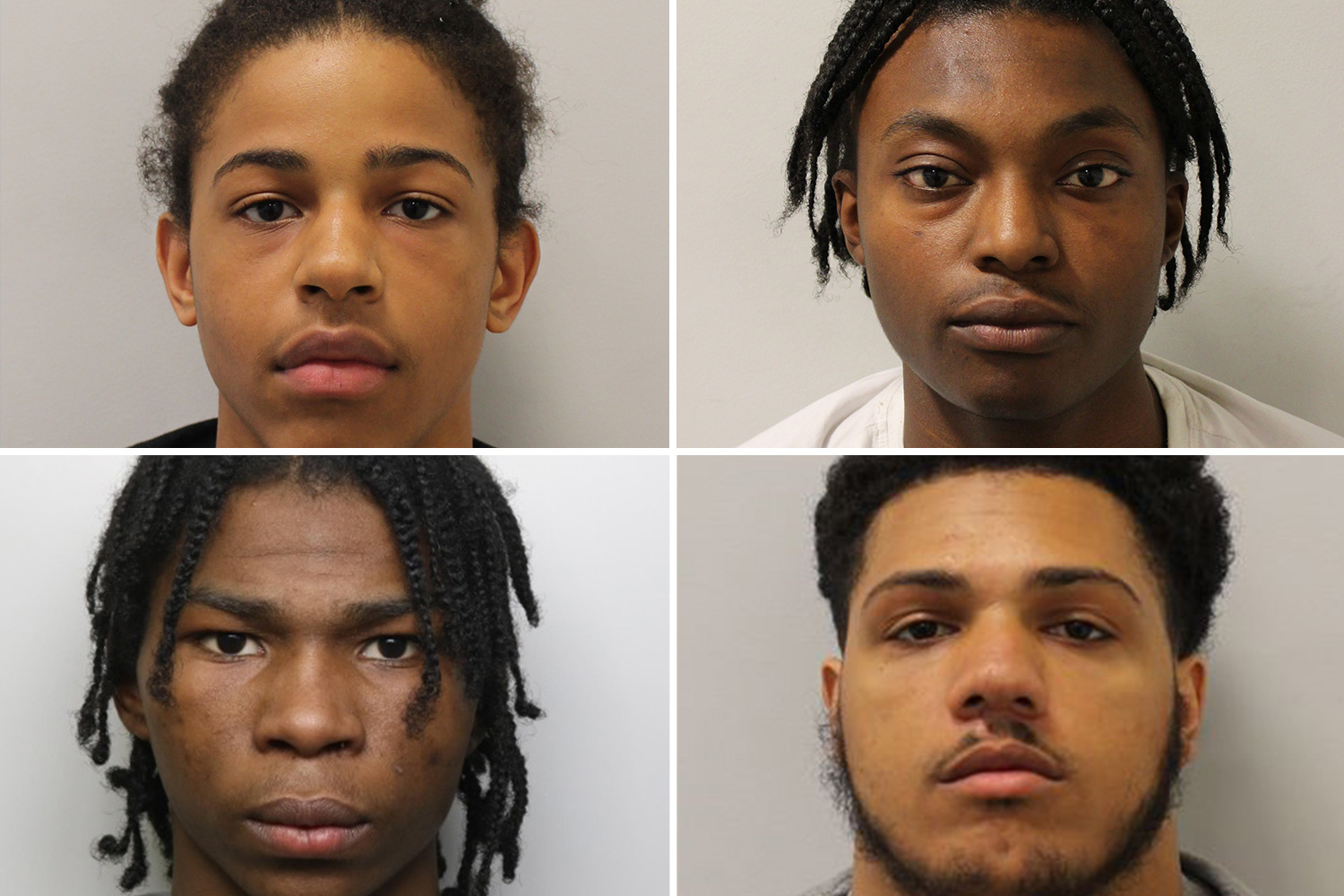 The family of Kelvin Odunuyi say they are still being taunted by drill musicians who rapped about the teen's death.

The victim's brother Kai told the Mirror: “How is it possible that they can talk about my brother’s death and get away with it… we want someone to be accountable.”

In January, a video was posted online that appeared to recreate Kevin’s death in the video game, Grand Theft Auto.

The clip featured violent drill music and a recorded 999 call, saying: “Someone has been shot dead at Hollywood Green Cinema, Wood Green.”

Kelvin's family described the video as "appalling" and were shocked by the similarities to their deceased relative's death, including the location he was shot.

In March, it was reported that a 75-second rap video posted to SnapChat from prison referenced the cold case. 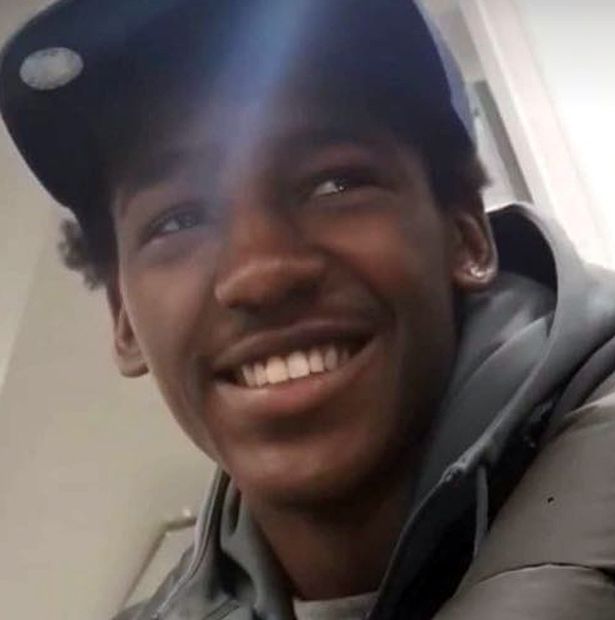 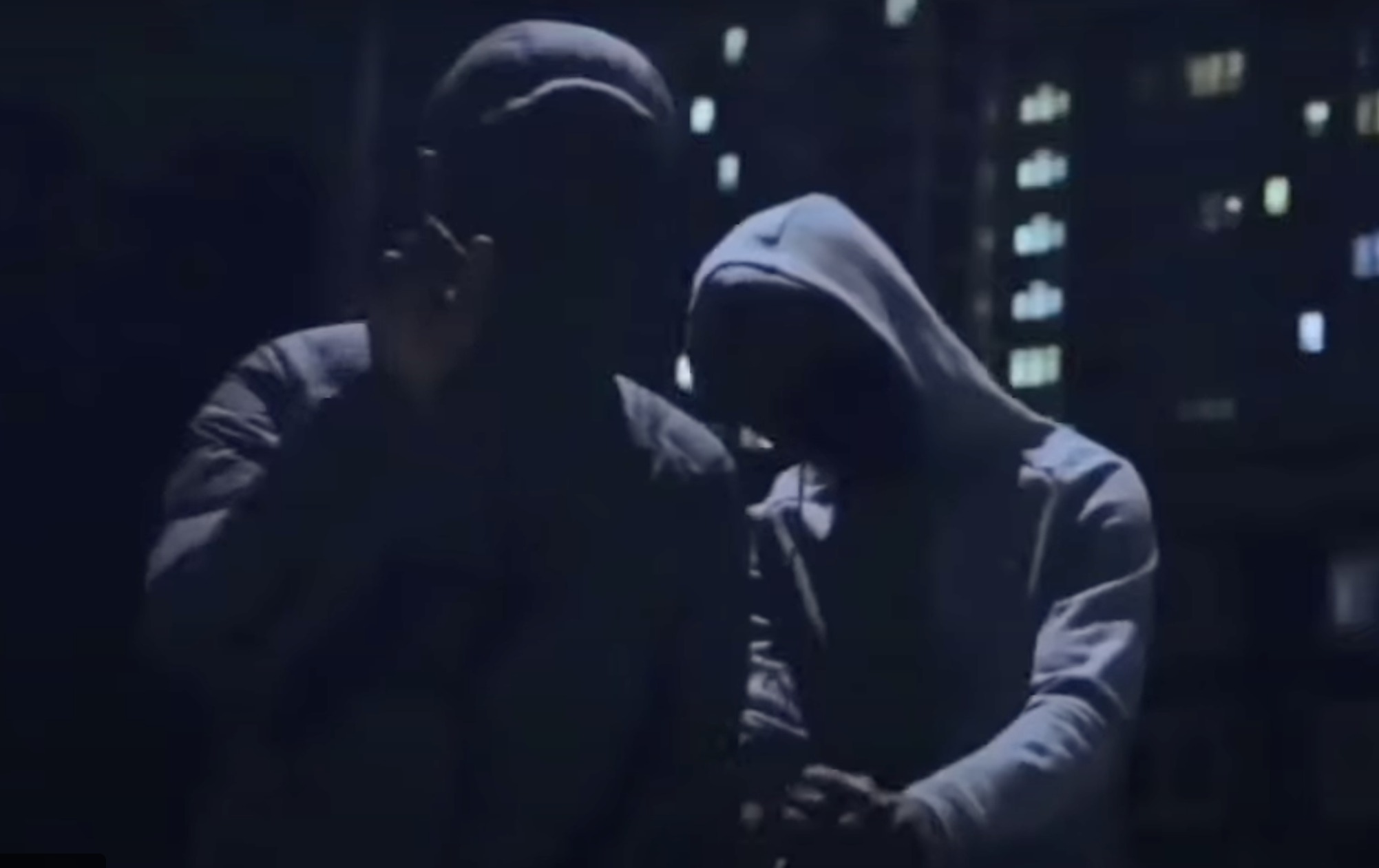 Drill artists Skengdo and AM were given a two year suspended sentence in 2019 after violating an injunction that prevented them from performing.

The rappers, whose real names are Terrell Doyley and Joshua Malinga, were warned their music could lead to attacks in south London. 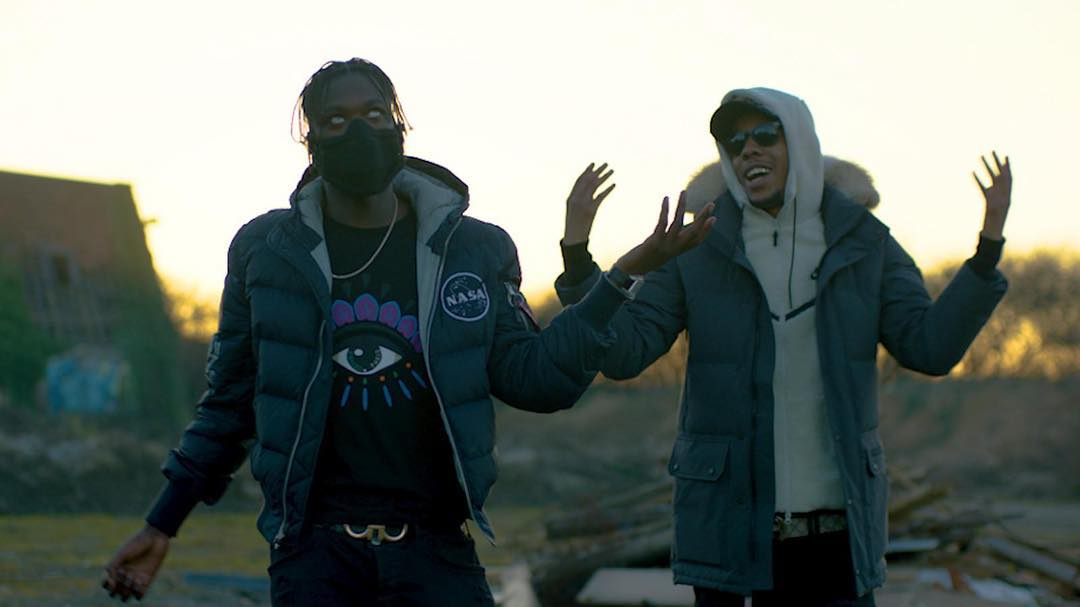 The murder of 15-year-old Jermaine Goupall was "predicted" in violent drill lyrics, a judge claimed in 2018.

The teen was with friends in Croydon when three CR0 gang members leapt out of a car and chased him down.

The men, who were wearing balaclavas, stabbed him with knives and a machete. He later died from his injuries.

Lyrics written by Junior Simpson, known as M-Trap 0, were used in court as an example of his intention to perform a violent act.

Words in one of his drill raps read: “I saw man run. He got poked up (stabbed). He had his poke (knife) and he still got touched (stabbed).”

Judge Anthony Leonard QC said: “You wrote lyrics in your phone that predicted the exact type of crime that took place.

“You suggested they were just for show but I do not believe that and I suspect you were waiting for the right opportunity for an attack.”

Adam Benzahi, 21, Samuel Oliver-Rowland, 18, and Junior Simpson, 17, were all given life sentences for his murder.

Saskia Haye-Elliot, 18, was found guilty of manslaughter and sentenced to 12 years and six months. 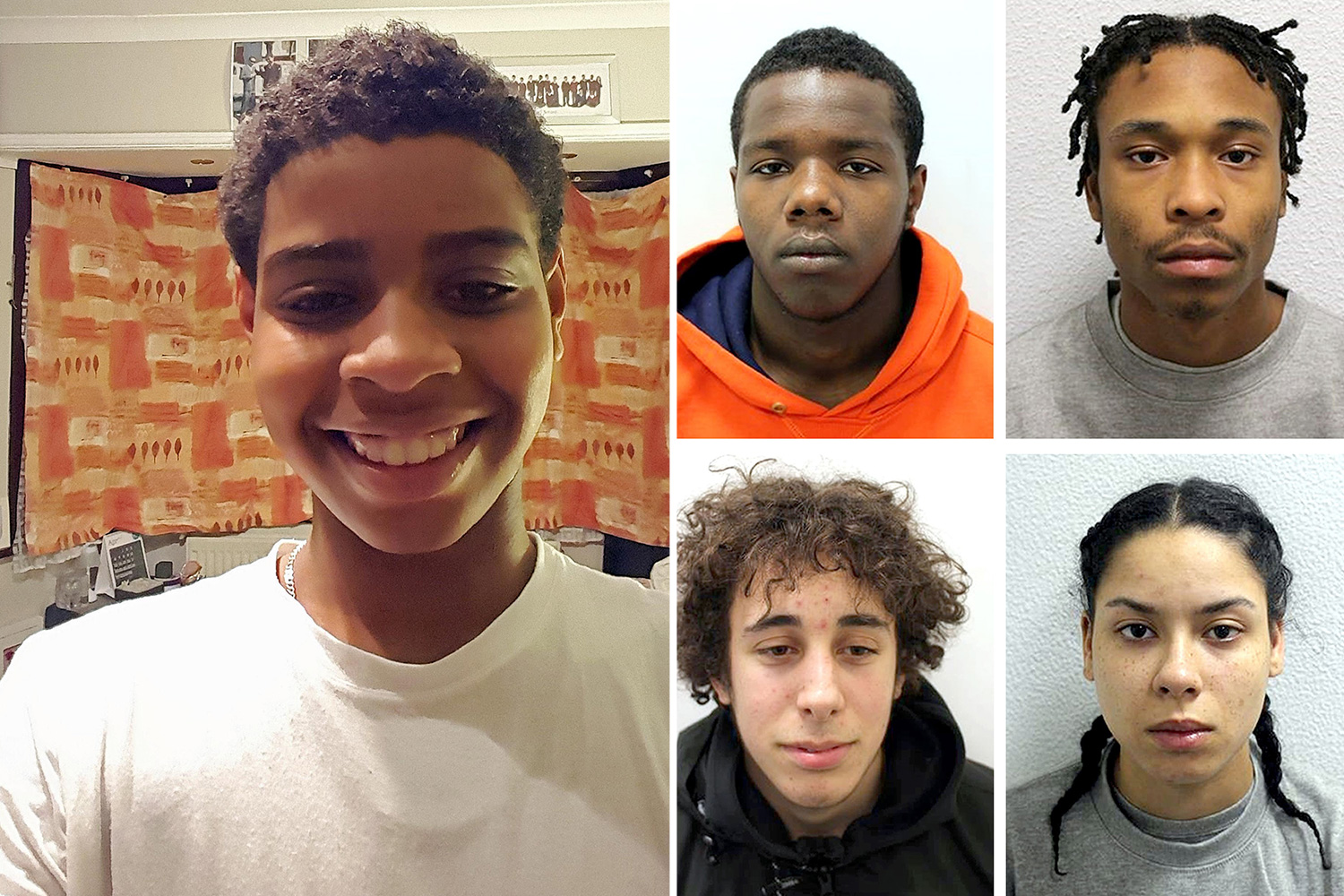 ‘Too many people are losing their lives’

In 2015, Marcel Addai was viciously knifed by a “remorseless and ruthless” gang in Hackney, London, over drill music threats.

The 17-year-old fell while being chased by the group and was punched and kicked before being stabbed 14 times, including through the heart.

A court found drill music was at the centre of the killing and that both gangs had taunted and threatened one another online before the attack.

June Addai, Marcel's grandmother, previously told The Sun that drill music was "too violent" and should be banned from YouTube.

She said: "It has to stop, it needs to stop because too many people are losing their lives.

"This taunting each other and violence when artists say ‘I’m going to come down and shoot you, I’m going to cut you’ why are they doing this?

"Why? Why? They take the videos down but they just go back up again… it’s upsetting and it makes you cry. It’s horrible."

In 2016, Momar Faye, 18, Rikell Rodgers, 22, and 23 year olds Sodiq Adebayo and Sheku Jalloh were collectively sentenced to 100 years in prison for the killing. 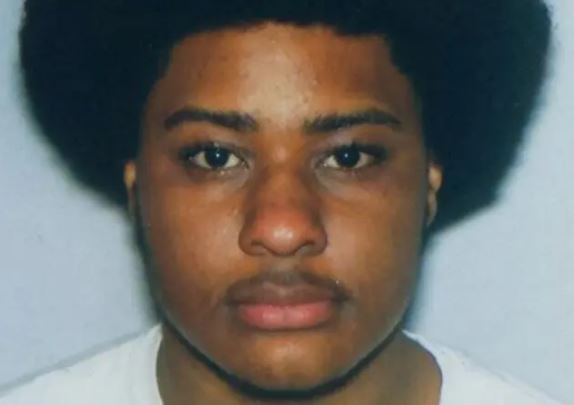 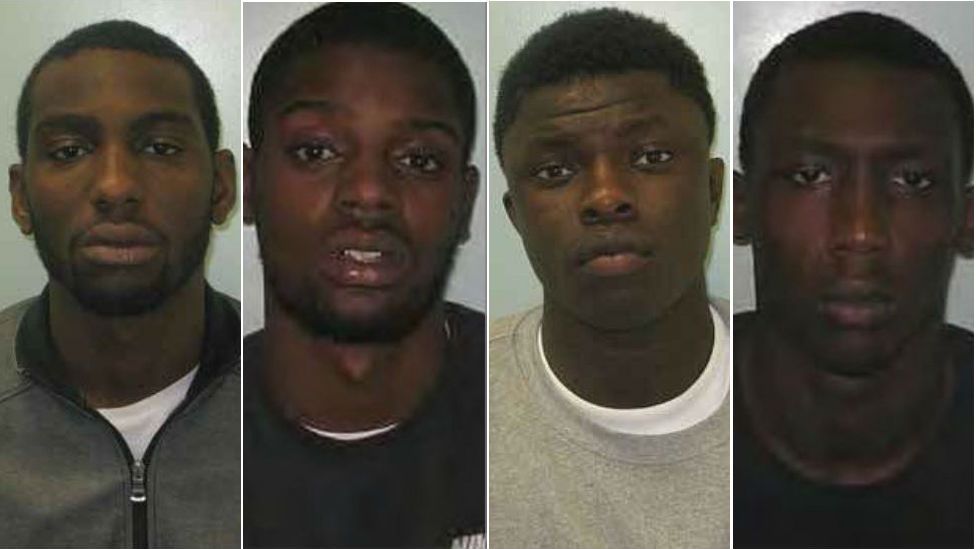 Less than a week after John Ogunjobi was stabbed to death in 2018, his brutal killing was mocked in a drill music track.

Lyrics from the Lower Tulse Hill group referenced the 16-year-old's stomach being "cut open like a bear".

They also mentioned his mum in the video, which was posted on YouTube, who they said started "screaming it ain't fair".

In reality, she found her son bleeding to death on the streets of Tulse Hill, London, and yelled: "My son, my son!"

John's killers have not been caught despite police offering a £20,000 reward for information that led to an arrest and conviction in 2019.

The family of the teen, who was known as JaySav, rejected claims that he was part of the drill music scene. 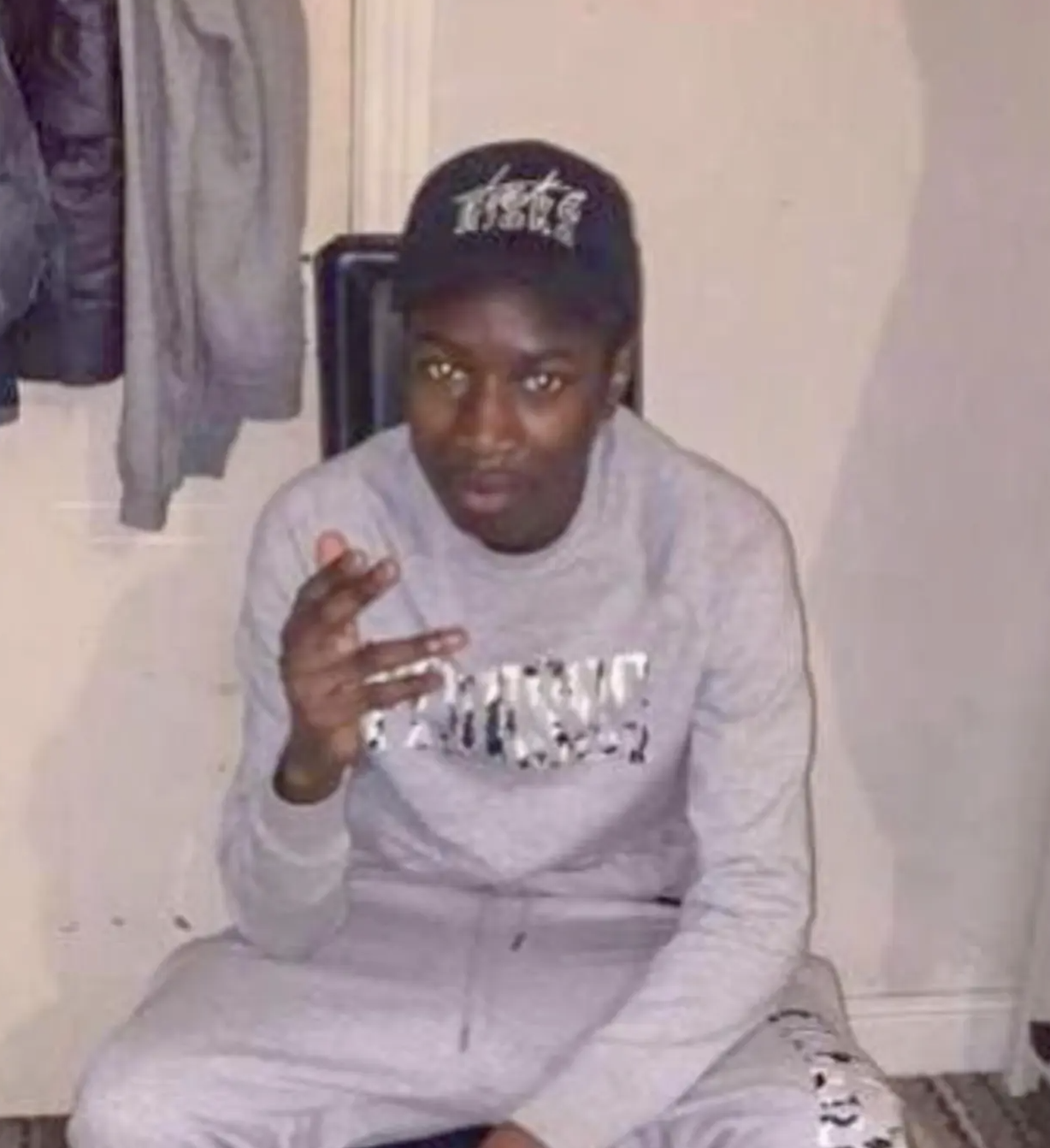 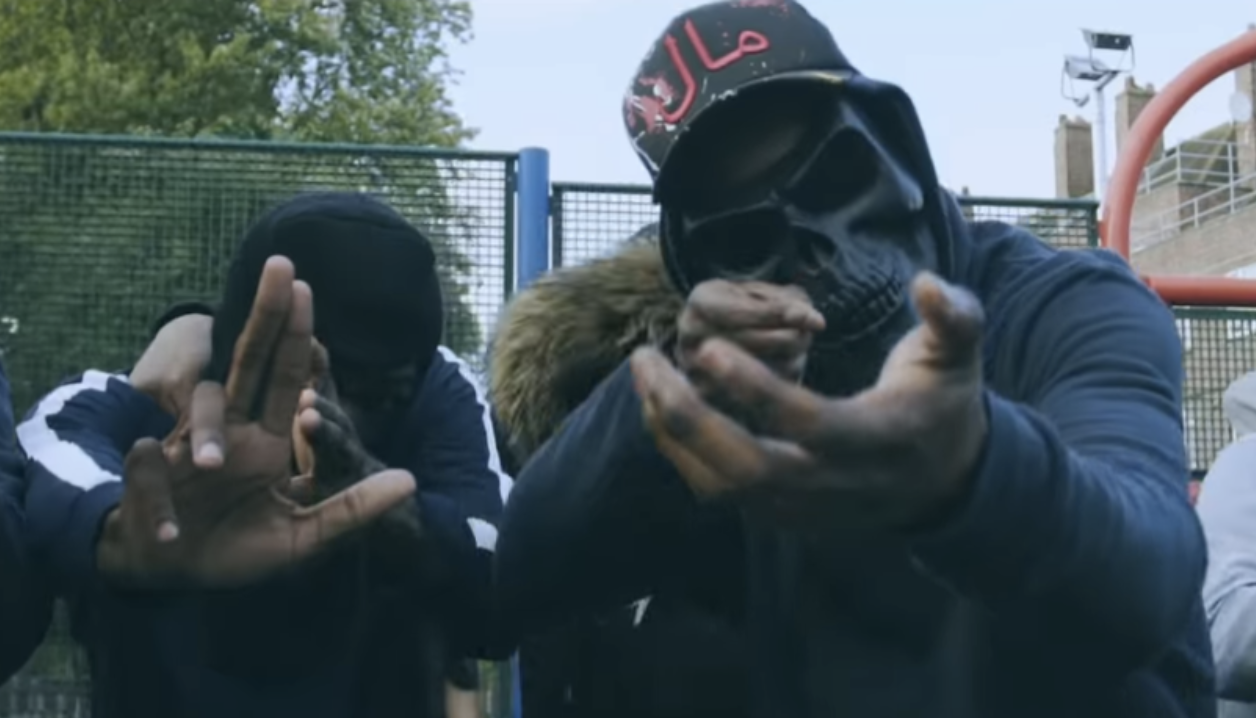 And it's not just in London that drill music is spiralling out of control.

Reial Phillips, known as Lynch, injured seven people as part of a bitter feud between two warring gangs in Birmingham in 2015.

The 20-year-old, who was linked to the Burger Bar gang, had taken part in a series of shootings including one that left a 16-year-old paralysed.

At trial, it was alleged that drill music posted by the two groups “raised tensions” and one video encouraged violence – leading to four men being shot.

In one clip that was used against Reial in court, he boasted about shooting people and referenced the paralysed teen.

He was sentenced to 27 years in prison for firearm offences and conspiring to sell cocaine and heroin in 2016. 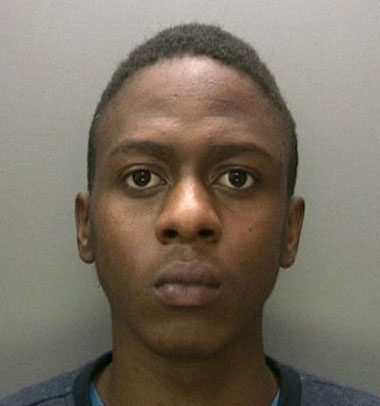 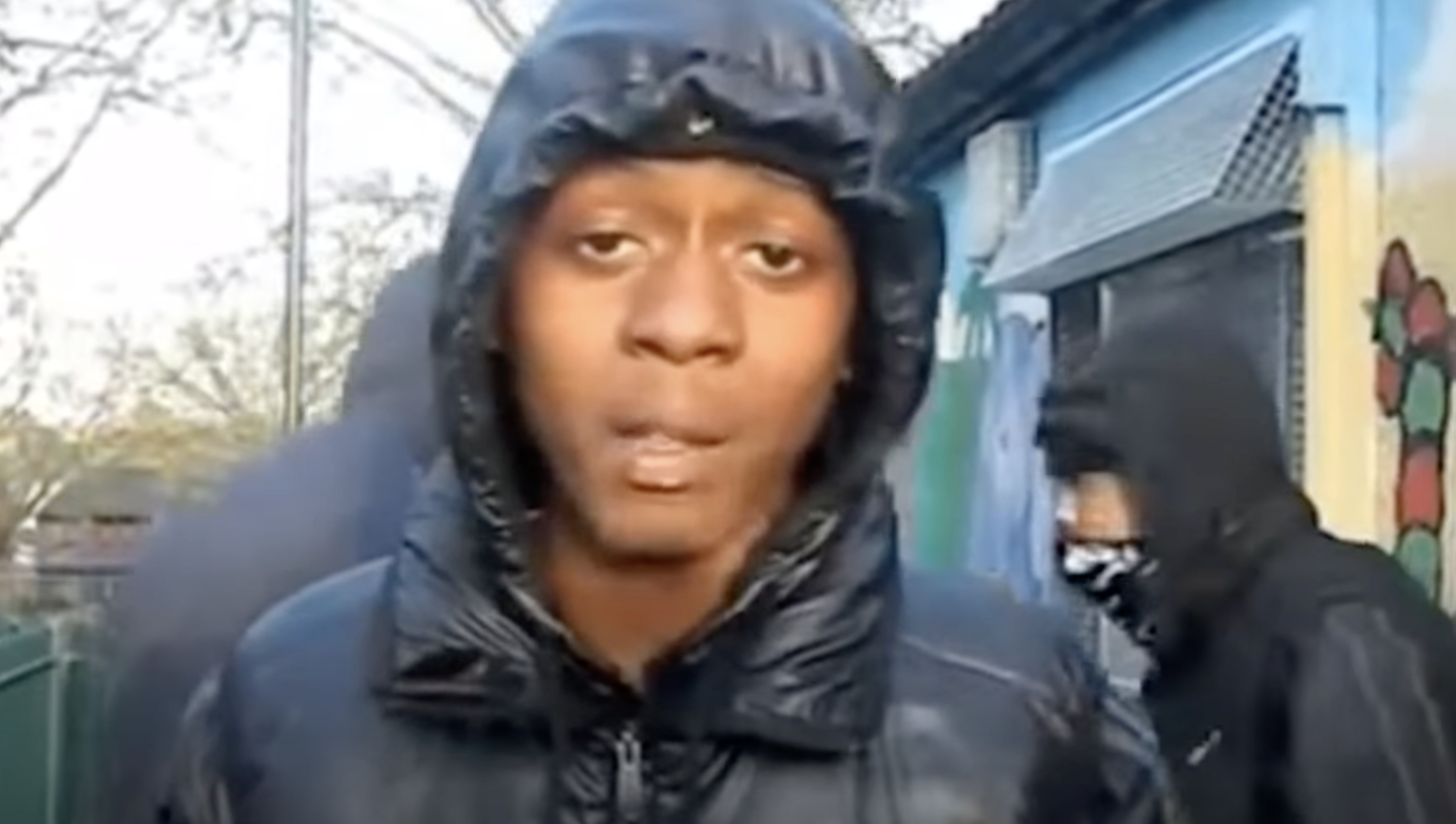 Social media must do more

Families of the victims have called for social media companies to take more responsibility and remove tracks that could encourage violence.

A BBC investigation found drill music was referred to in 67 cases over the last six years, which saw 232 alleged criminals face trial.

The Met Police also set-up Project Alpha in June 2019, which monitors social media for videos that could encourage violence.

Detective Inspector Kieran McAuliffe said that they were on the lookout for recordings where “gangs have openly called each other out”.

“What we’re looking at is opportunities where we can intervene to stop some of the violence on the streets of London,” he added.

In the last five years, they made 579 referrals for content to be removed from social media platforms – 522 were taken down, mainly from YouTube.

DI McAuliffe argued that they were not trying “to suppress drill music” or censor freedom of expression but wanted to keep people safe.

Central Park Is Getting Its First-Ever Statue of Real Women

Wesley Snipes Not Involved in MCU’s ‘Blade,’ so He’s Making His Own ‘Blade-Killer’ Movie Instead