Home » World News » Over 175,000 retail jobs will be cut from the High Street this year

More than 175,000 retail jobs will be cut this year, with 23,395 shops due to shut as internet sales batter the crisis-hit UK High Street

A total of 175,000 jobs are set to disappear from the High Street this year as the onslaught from online rivals continues.

A slump in the value of retail property is expected to see 23,395 shops shut as customers shun town centres in favour of internet shopping, according to property experts.

It marks a significant increase on last year when a string of retailers including Toys R Us, Poundworld and Maplin went bust, leading to the closure of 20,000 stores and the loss of 150,000 jobs. 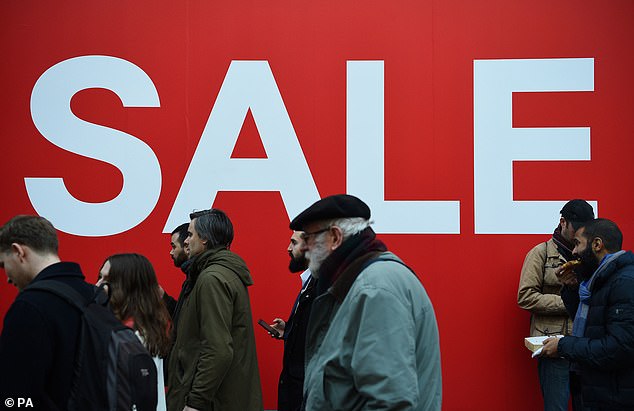 In total 175,000 jobs are expected to be lost from Britain’s high streets this year amid a growing retail crisis

The Mail has been campaigning to save Britain’s High Streets and is calling for a major overhaul of business rates, for large overseas companies to pay their fair share of tax and cuts to car parking charges in town centres across the country.

He is one of a number of potential buyers looking at making a swoop for the company, according to Sky News.

A purchase of HMV would add to the so-called tracksuit tycoon’s growing portfolio of retailers after Mr Ashley bought both House of Fraser and Evans Cycles out of administration last year in cut-price deals.

HMV blamed a ‘tsunami’ of challenges when the retailer called in administrators last month, including its £15million business rates bill.

A string of bosses from some of the UK’s biggest High Street companies have called for ministers to create a level playing field in how traditional retailers and online-only firms such as Amazon are taxed.

According to a survey of major property owners in the UK by real estate experts Altus Group, almost two-thirds think Amazon and other online firms have disrupted the retail market. 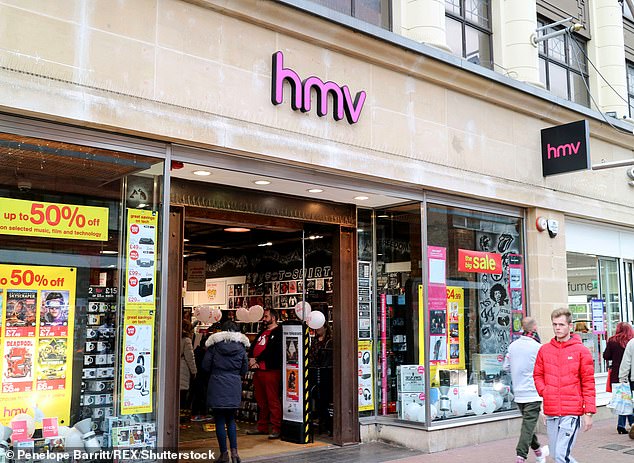 Marks & Spencer, Debenhams and House of Fraser are also among giants preparing to close stores in a drastic attempt to slash costs and revive their businesses.

Guillaume Fiastre, managing director of Altus Group, said retailers needed to invest in new technology and customer service to survive. ‘Retail of the future will use bricks-and-mortar spaces in a very different way mixed in with leisure and lifestyle residential spaces, for example,’ he said.

‘The most successful retailers – the survivors – are learning to draw in their customers with the promise of a personalised experience.

‘Technology makes that all possible, but it still needs a strong human element.’

Butchers are closing at the rate of two a week as increasing numbers of Britons turn to a plant-based diet.

High Streets had about 15,000 butchers’ shops in 1990 but now there are just 5,830, according to the Office for National Statistics.

Almost one in three evening meals now have no meat or fish following an increase in vegetarian, vegan and so-called flexitarian diets, which involves cutting back on meat.

Last October, Bristol butcher JD Brittan, which opened in 1814 and served soldiers returning from the Napoleonic wars, put up the shutters.

Miranda Ballard, who was forced to shut her chain of five upmarket butchers in London, said the switch away from meat and supermarket competition were largely to blame. ‘Vegetarianism was definitely part of it,’ she said.

Omarosa Claims Donald & Melania Trump Have A ‘Strange’ Marriage: ‘She’s Repulsed By Him’

How the Tories need to understand why Labour is so popular