A DAYCARE center is embroiled in a race row after a "disturbing" video appeared to show white kids being served lunch before their black classmates.

Moms and dads of children attending the nursery in Historic Roswell, Georgia, told how they were shocked when they clicked onto a livestream feed to see what their kids were up to. 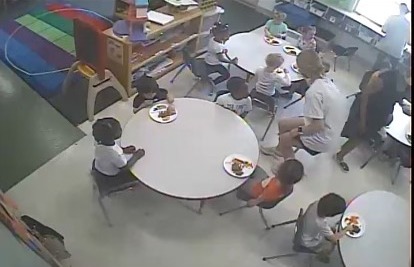 The parents of one two-year-old boy say they were left outraged to see white children being given their food while black kids were seemingly made to wait.

However, those that work at the daycare center say the image is very misleading.

"They were skipping all of the black kids it seemed like," father Adryan McCauley told CBS46 after taking a screenshot of the scene at the Kids 'R' Kids center.

"All the white kids got their lunch, and all the black kids had to wait.

"From the videos and pictures that we saw today, we are just completely disturbed."

The boy's mother immediately went to the daycare to ask the staff what was going on, the dad claimed.

"Mom went and picked him up immediately, and the director said 'I'm not really sure because I'm not in the classroom, maybe it's a dietary thing,''' McCauley said.

An Instagram post published alongside the shocking screenshot reads: "This is truly unbelievable. You better know this won’t be the last time you hear from me on this.

"Why does every white kid have their food? Not one black child has food in front of them!

"Thank God for cameras in classrooms because there is no way to hide this racism! 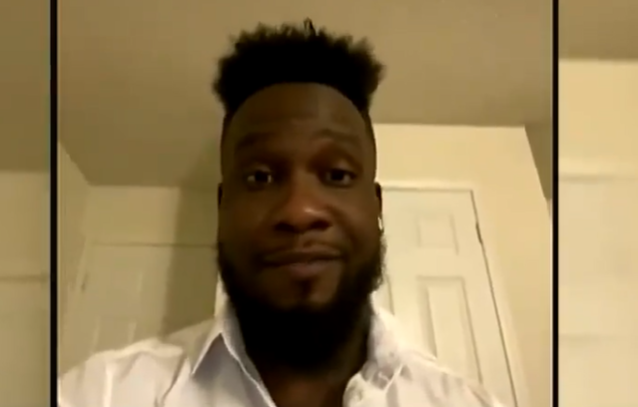 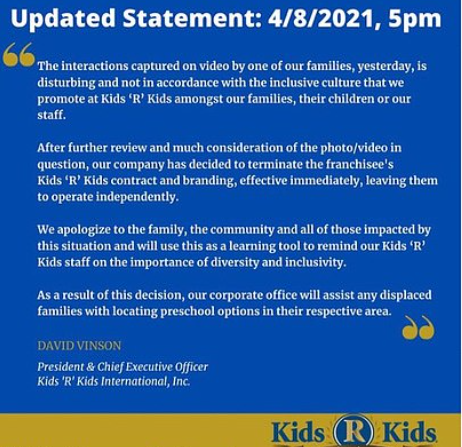 "In the year 2021 this is truly unbelievable. As blacks we always strive to send our kids to schools in Suburban area’s [sic], but I’m telling you first hand that is not always best.

"This is not a black or white issue this is simply wrong! @kidsrkidscorporate I’ll be waiting feedback from your cooperate [sic] office on this."

In the wake of the criticism the company was quick to take action, reports DailyMail.com.

The corporate office for Kids 'R' Kids released a statement from president and CEO David Vinson cutting ties with the franchise at the center of the row.

"'The interactions captured on video by one of our families, yesterday, is disturbing and not in accordance with the inclusive culture that we promote at Kids ‘R’ Kids amongst our families, their children or our staff," the statement read.

"After further review and much consideration of the photo/video in question, our company has decided to terminate that franchisee’s Kids ‘R’ Kids contract and branding, effective immediately, leaving them to operate independently.

"We apologize to the family, the community and all of those impacted by this situation and will use this as a learning tool to remind our Kids ‘R’ Kids staff on the importance of diversity and inclusivity.

"As a result of this decision, our corporate office will assist any displaced families with locating preschool options in their respective area."

However, Dee Gillespie, director and owner of the daycare center, insists the image is misleading.

She said: "We know the act was random, and the photo doesn't show the entire room.

"We believe if the parents viewed the videos they would understand.  I wish they could see the compassion we have."

Kylie Jenner Kisses Pal Carter Gregory On Night Out & Fans Are Confused: ‘Is This Her New Man?’ — Watch