‘Dare not even tell my kids’: Angry and despairing parents hit out online after Boris Johnson’s announcement that schools will stay closed until at least March 8

Parents are fuming that Boris Johnson is keeping schools shut until at least March 8 – and are hunkering down for more weeks of arduous home schooling.

The Prime Minister today announced that pupils will not return to classrooms after the February half-term as hoped and must continue learning online.

His statement to MPs this afternoon was met with exasperation from mothers and fathers juggling the needs of their children’s remote education with their own work.

Claire Holt, a mother from Surrey, braced for the next few weeks: ‘8th of bloody March. Buckle right in with a lot of gin.’

Marina Frow, from Sheffield, tweeted: ‘Dare not even tell my kids the latest news… Close non essential shops and the rates will fall quicker. Is coffee more important than education?!’ 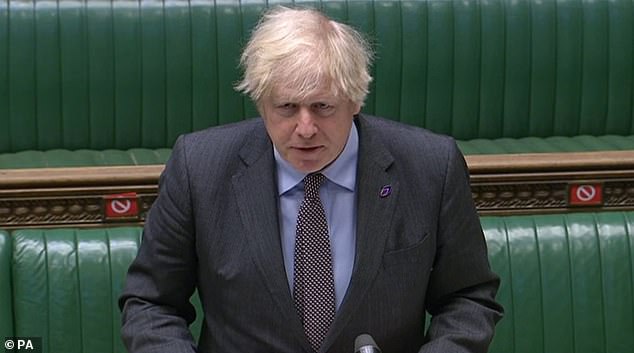 Mr Johnson today said he empathised with the frustrations of parents grappling with home schooling and ‘the myriad other demands of their children from breakfast until bedtime’.

But he reaffirmed his commitment of reopening schools as a ‘national priority’ and said he would aim to lift the shutdown ‘when the data permits’.

Mother Lucy Smith, who has been trying to tie down her pressured job while helping six-year-old Bonnie and four-year-old Raymond with Zoom lessons, was one of those parents dismayed.

The property worker from West Hampsted, north London, told MailOnline: ‘It’s terrible. I’m expected to go on to Zoom at 11am every day without fail even though sometimes I have meetings.’

Parents today were left counting down the minutes until the earliest possible reopening date.

Chris Bell tweeted: ‘Only 57,300 minutes to go till the kids go back to school!’

Mother Stephanie Melrose said: ‘Parents across the UK… grab the nearest pillow to scream into.’

The lack of face-to-face teaching has been preying on parents who are concerned of the damage to their children’s education.

In response to Government’s March 8 date, one mother, Frederica, tweeted: ‘I fear that my children will have lost all appreciation for education by then.

‘The sheer despondency and hopelessness that they feel is real. Could you please consider vaccination for teachers?’

Labour leader Sir Keir Starmer and some of the Prime Minister’s own Tory backbenchers have been calling for teachers to receive jabs to provide a route for schools to reopen. 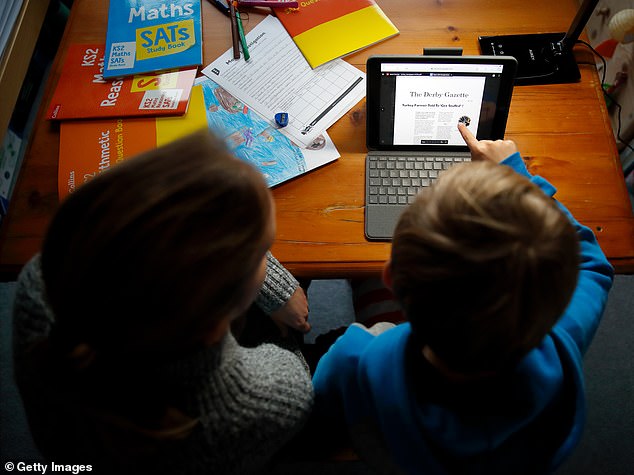 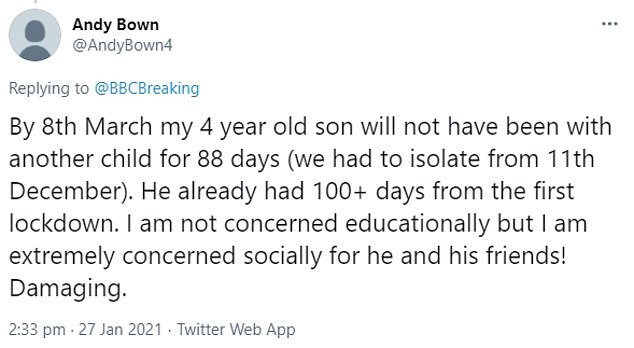 The reopening of schools has been a touchstone issue during the pandemic, and the Government has at multiple times come under fire for its handling of education.

An 11th-hour U-turn to close schools in January and a row over meagre free school meals parcels left parents and industry leaders reeling.

In a speech to the Education Policy Institute yesterday, Gavin Williamson assured that quality education was continuing while schools were shut.

He said: ‘Schools are now routinely delivering high-quality teaching for up to five hours a day to children who are learning at home.

‘This is giving them a better chance to keep pace with what they would have been learning if they’d been in school.’

He added: ‘Thanks to one of the world’s largest hardware shopping expeditions, we have purchased an additional 1.3million devices.

‘Of these, we’ve already delivered an additional 800,000 laptops and tablets and nearly 240,000 have gone out to schools since the start of this month. 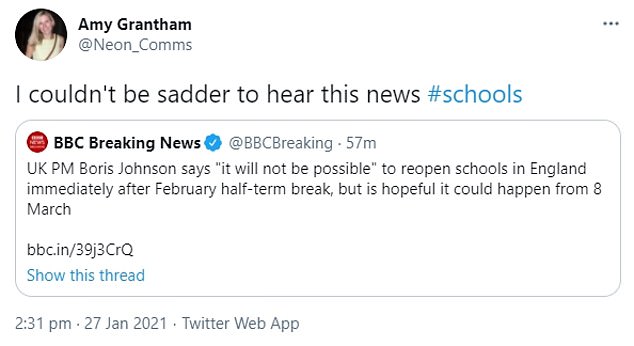 'Little House on the Prairie': Karen Grassle Recalled Her 'Baptism by Fire' When She Forgot Her Lines

New Jersey doctor falls to his death while vacationing with fiancée

'God Friended Me': Is Brandon Michael Hall a Preacher's Kid? The Star Reveals How His Mom Feels About the Show