Parents Colin and Kayleigh Griffiths have welcomed the decision of a misconduct panel to strike off the midwife whose failings contributed to the death of their one-day-old baby.

She effectively tried to cover up that failing in a late-night phone call with a colleague, the hearing ruled, and had not engaged with the disciplinary process.

Mrs Griffiths, from Myddle, Shropshire, said: ‘We think what was decided is fair given that one has clearly, very clearly, lied and been dishonest and is still a continued risk to patients.’

She said she appreciated the fact a second midwife had shown remorse for her actions.

‘In terms of Joanna Young, she has done a lot of re-training, has shown remorse, which we have been told on a number of occasions, and in that we think it is okay for people to make mistakes as long as they recognise and learn from those mistakes,’ she said. 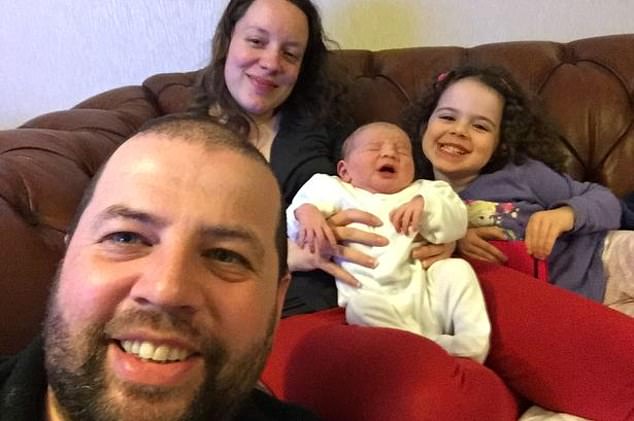 The Nursing & Midwifery Council said Roberts’ actions would be ‘regarded as deplorable by fellow practitioners’.

It heard of a series of failings in the care provided by Roberts and fellow midwife Joanna Young.

Both had been involved in the care of one-day-old baby, Pippa Griffiths, who died on April 27, 2016, from a Group B strep infection – the most common cause of meningitis in newborns.

Pippa’s mother, Kayleigh, had given birth at the family home in Myddle, near Shrewsbury, Shropshire, and had spoken with the midwives to raise concerns that her daughter was not feeding and had brought up brown mucus.

Both midwives worked for Shrewsbury & Telford Hospital NHS Trust (SaTH) at the time.

After she had vomited, Pippa’s condition worsened. She developed a purple rash and then stopped breathing. Emergency services managed to get her breathing again and she was flown to Princess Royal Hospital in Telford where she later died.

The inquest was previously told that the trust accepts it should have given Pippa’s mother a leaflet explaining trigger words so she could have accessed help and accepts a midwife should have returned to see her within 24 hours. 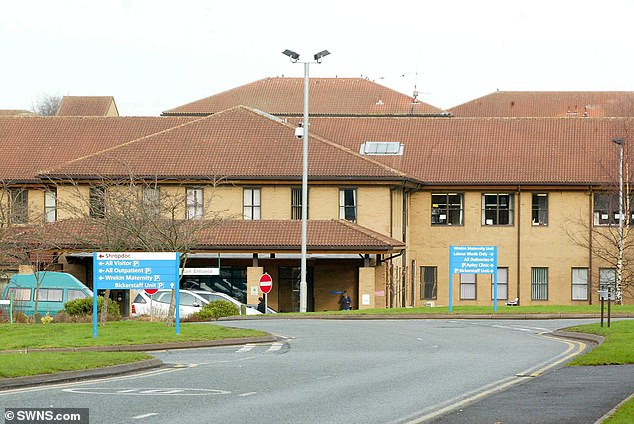 After vomiting brown mucus, Pippa stopped breathing while in Kayleigh’s lap and was rushed to the Princess Royal in Telford (pictured) but she did not recover and died on April 27, 2016.

The charges considered by the NMC related to two separate conversations the midwives had with Mrs Griffiths on April 27.

Both were found to have failed to recognise the urgency of a need for medical or midwifery attention for Pippa.

In the case of Ms Roberts the panel found she had effectively tried to cover up over her actions during a 2am call with Mrs Griffiths.

The latest stage of the hearing saw panel chair, David Evans, conclude that Roberts’ actions had amounted to misconduct, serious in some cases, and that her fitness to practise is impaired.

NMC solicitor Julian Norman said in light of the findings she requested that Roberts – who has not engaged with the process or attended any hearings – is struck off.

Mr Evans said the ‘only possible explanation’ for her actions over the inaccurate record of a conversation with Mrs Griffiths had been to ‘protect yourself from disciplinary action’.

He added: ‘This action would be regarded as deplorable by fellow practitioners.’

In the case of Ms Young the panel concluded her actions had also amounted to misconduct, and in some cases serious misconduct, but were satisfied in the efforts she has taken to address the failings.

The panel said it believed Ms Young had demonstrated ‘significant remorse and developed insight’ into her involvement in the case.

Because her fitness to practise is not considered impaired she faces no sanction.

Mr Evans said: ‘The panel is mindful that in the six years since you have worked for a considerable time as a health visitor and and no further concern has been received.’

He added that Ms Young had completed ‘significant training’ which had ‘focused on clinical areas of concern which arose from the incident in 2016’.

Baby Pippa’s case is one of those being considered by the Ockenden investigation into maternity services at SaTH.

Mr and Mrs Griffiths’ actions had led to the setting up of the inquiry, when they, jointly with fellow parents Rhiannon Davies and Richard Stanton whose baby Kate died avoidably while in the care of SaTH, wrote to the then Secretary of State for Health, Jeremy Hunt over their concerns.