Paris Opera dancers film coronavirus lockdown performance from their kitchens, bedrooms and even the BATH as a tribute to key workers

Ballet dancers from the Paris Opera have put on a special video performance as a tribute to key workers during the country’s coronavirus lockdown.

Performers filmed themselves dancing to music from the ballet Romeo and Juliet in their kitchens, bedrooms, and even in the bath.

Several children also made an appearance on camera – an experience that will be familiar to many parents currently working from home. 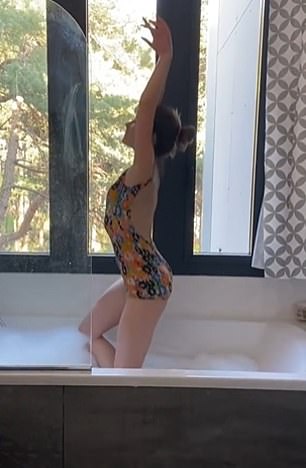 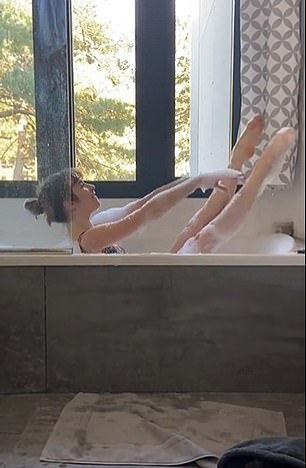 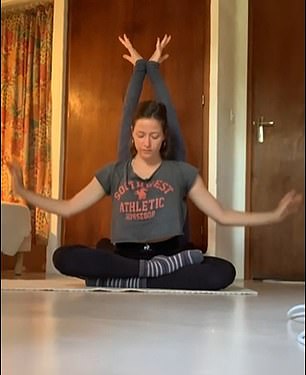 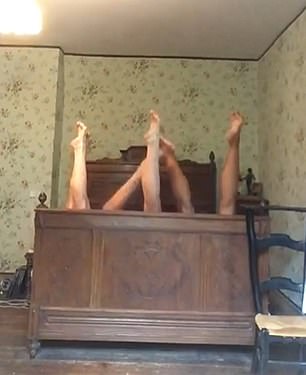 Dancers performed in their living rooms, kitchens, bedrooms and even in the bath while thanking those who have been forced to leave the house to keep the country running

The four-minute clip was the result of a ‘spontaneous initiative’ by the dancers themselves to thank the country’s key workers, a post on the Paris Opera Instagram page said. It was edited by French film director Cédric Klapisch.

It features a total of 61 dancers performing routines at home, as France remains under nationwide lockdown which has been in place for six weeks.

All art and entertainment venues have been closed during that time.

While France has announced plans to start easing lockdown from May 11, there is little sign that the Paris Opera will be allowed to reopen any time soon.

Eager to keep in shape during the lockdown, the dancers decided to put on a show for all workers who have been forced to keep going during the shutdown.

A message at the end of the video says it is dedicated to: ‘The doctors and all the nursing staff, the farmers, the teachers, the researchers and laboratory workers, the traders, the supermarket staff, the garbage collectors, the truckers, the deliverers, the postmen, the firemen, soldiers, police, journalists, switchboard operators, network technicians, teleworkers, social workers, volunteers, and everyone who mobilised for all of us.’ 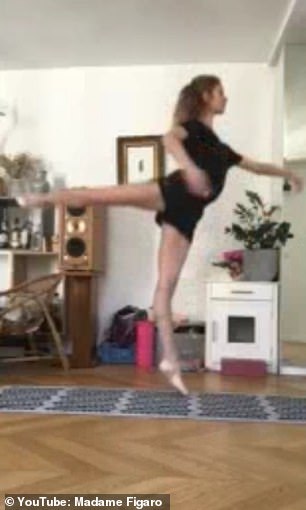 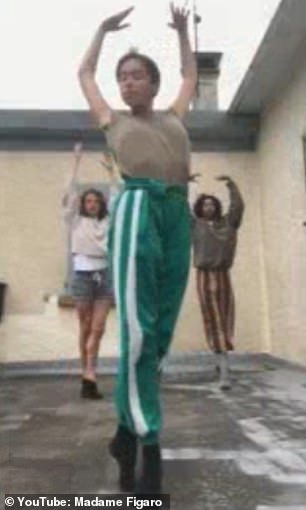 France has been under nationwide lockdown since March 14 and while the country will start easing measures soon, there is no indication when art venues will be allowed to reopen 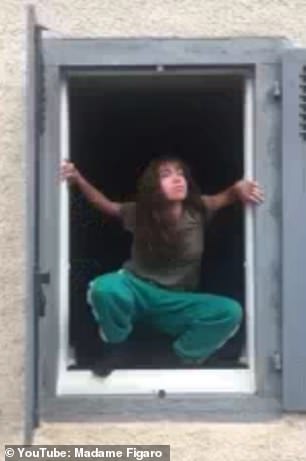 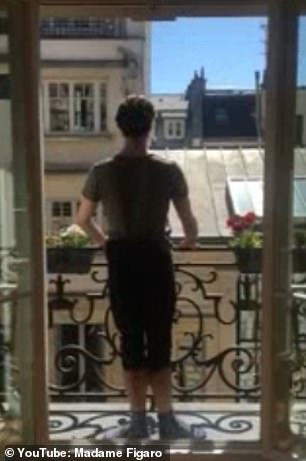 France is among countries which have been hardest-hit by the virus, with a total of 167,605 cases and 23,660 deaths – according to Johns Hopkins University.

But amid signs the infection is now starting to ease, Prime Minister Edouard Philippe announced this week that measures will be eased from May 11.

Non-essential businesses will be allowed to reopen while schools will also start to open from that date.

Testing will be ramped up and aggressive measures taken to trace and test all contacts of people who are shown to be infected.

However, bars and restaurants will have to remain closed along with large museums and entertainment venues, he said.

He cautioned that the country is ‘on a knife-edge’ and that people must not risk a new spike in infections, which would mean the lockdown would come back.

‘A little too much carefreeness and the epidemic takes off again. Too much prudence and the whole country buckles,’ he said. 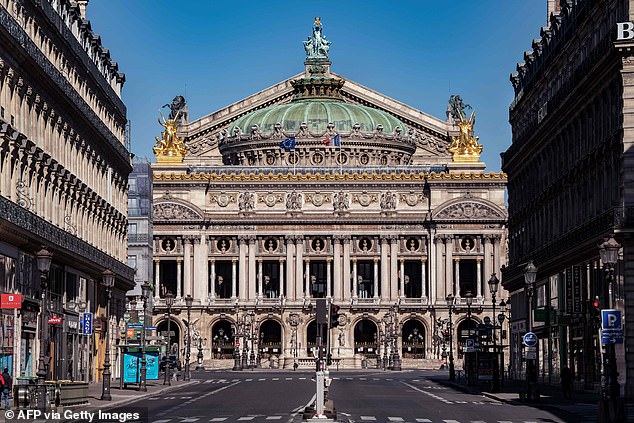 The Palais Garnier in Paris, one of the homes of the Paris Opera company, has been shut down during the country’s lockdown with no indication of when it will reopen

Top ‘CBS This Morning’ Producer Quietly Stepped Away in Summer