But in lecture room No.5 of the university’s concrete Rendall Building, a less traditional program was getting under way: a master’s degree devoted entirely to the Beatles.

“How does one start a Beatles M.A.?” asked Holly Tessler, the American academic who founded the course, looking out at 11 eager students. One wore a Yoko Ono T-shirt; another had a yellow submarine tattooed on his arm. 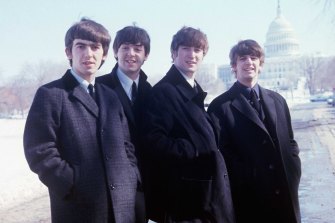 The Beatles are also now an academic pursuit.Credit:SBS

“I thought the only way to do it, really, is with some music,” she said.

Tessler then played the class the music video for Penny Lane, the Beatles’ tribute to a real street in Liverpool, just a short drive from the classroom.

The year-long course – “The Beatles: Music Industry and Heritage” – would focus on shifting perceptions of the Beatles over the past 50 years and on how the band’s changing stories affected commercial sectors like the record business and tourism, Tessler said in an interview before class. 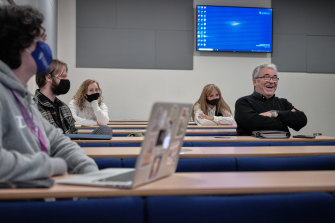 Students during a class in the Beatles course at the University of Liverpool, in England.Credit:Duncan Elliott/The New York Times

For Liverpool, the band’s hometown, the association with the Beatles was worth more than £80 million ($150 million) a year, according to a 2014 study by Mike Jones, another lecturer on the course. Tourists make pilgrimages to city sites named in the band’s songs, visit venues where the group played – like the Cavern Club – and pose for photos with Beatles statues. The band’s impact was always economic and social as much as musical, Tessler said.

Throughout the course, students would have to stop being simply Beatles fans and start thinking about the group from new perspectives, she added. “Nobody wants or needs a degree where people are sitting around listening to Rubber Soul debating lyrics,” she said. “That’s what you do in the pub.”

In Wednesday’s lecture, which focused almost entirely on Penny Lane, Tessler encouraged students to think of the Beatles as a “cultural brand”, using the terms “narrative theory” and “transmediality”. 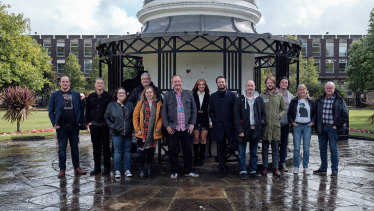 Students and staff members of the Beatles postgraduate program at the University of Liverpool, in England.Credit:Duncan Elliott/The New York Times

Then she applied those ideas to a recent Beatles-related event. Last year, Tessler said, street signs along the real Penny Lane were defaced as Black Lives Matter protests spread across Britain. There was a long-standing belief in Liverpool, she explained, that the street was named after an 18th-century slave trader, James Penny. (The city’s International Slavery Museum listed Penny Lane in an interactive display of street names linked to slavery in 2007, but it now says there is no evidence that the road was named after the merchant.)

“What would happen if they did change the name to – I don’t know – Smith Lane?” Tessler asked. That would deprive Liverpool of a key tourist attraction, she said: “You can’t pose next to a sign that used to be Penny Lane.” The furore around the street name showed how stories about the Beatles can intersect with contemporary debates and have an economic impact, she said.

The course’s students – three women and eight men, age 21 to 67 – all said they were long-term Beatles obsessives. (Two had named their sons Jude, after one of the band’s most famous songs; another had a son called George, after George Harrison.)

Dale Roberts, 31, and Damion Ewing, 51, both said they were professional tour guides and hoped the qualification would help them attract customers. “The tour industry in Liverpool is fierce,” Roberts said.

Alexandra Mason, 21, said she had recently completed a law degree but decided to change track when she heard about the Beatles course. “I never really wanted to be a lawyer,” she said. “I always wanted to do something more colourful and creative.” 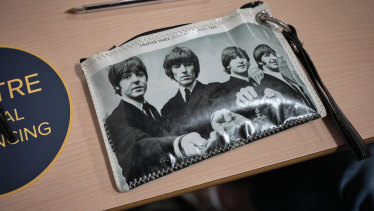 The pencil case of a student in the Beatles course.Credit:Duncan Elliott/The New York Times

She added, “In my mind, I’ve gone from the ridiculous to the sublime,” but said that some might think she’d done the opposite.

A postgraduate qualification in the Beatles is a rarity, but the band has been studied in other contexts for decades. Stephen Bayley, an architecture critic who is now an honorary professor at the University of Liverpool, said that when he was a student in the 1960s at Quarry Bank High School in Liverpool – John Lennon’s alma mater – his English teacher taught Beatles lyrics alongside the poetry of John Keats.

But these days a growing number of academics are doing just that. Tessler said researchers in several disciplines were writing about the Beatles, many exploring perspectives on the band informed by race or feminism. Next year, she plans to start a journal of Beatles studies, she said.

Some people in Liverpool, however, were not convinced about the band’s academic value. In interviews around Penny Lane, two locals said they thought the course was an odd idea.

“What are you going to do with that? You’re not going to cure cancer, are you?” said Adele Allan, owner of the Penny Lane Barber Shop.

“It’s an entirely silly course,” said Chris Anderson, 38, out walking his dog, before adding that he thought almost all college degrees were “entirely silly”.

Others were more positive. “You can study anything,” said Aoife Corry, 19. “You don’t need to prove yourself by doing some serious subject.”

Tessler concluded the inaugural class by outlining the subjects for the semester’s remaining lectures. It was a program that any Beatles fan would savour, including field trips to St Peter’s Church, where Lennon and McCartney first met in 1957 in the church hall, and Strawberry Field, the former children’s home the band immortalised in song. Classes would cover key moments in the band’s history, including a famous live television appearance on The Ed Sullivan Show and Lennon’s murder in 1980, Tessler said.

She then gave students a reading list, topped by a textbook called The Beatles in Context. Were there any questions, she asked?

“What’s your favourite Beatles’ album?” called out Dom Abba, 27, the student with the yellow submarine tattoo.

Tessler gamely answered (The American version of Rubber Soul), then clarified what she’d meant: “Does anybody have any questions about the module?”

The students clearly still had a way to go before they become Beatles academics as much as fans. But there were still 11 months of lectures left.

This article originally appeared in The New York Times

Spoilers: Phil hands himself in to the police in shocking EastEnders scenes