Speaking at a Capitol Hill press conference on Thursday, the House Speaker from California addressed the issue after it emerged that a Chinese secret agent Christine Fang, aka Fang Fang tried infiltrate political circles here. 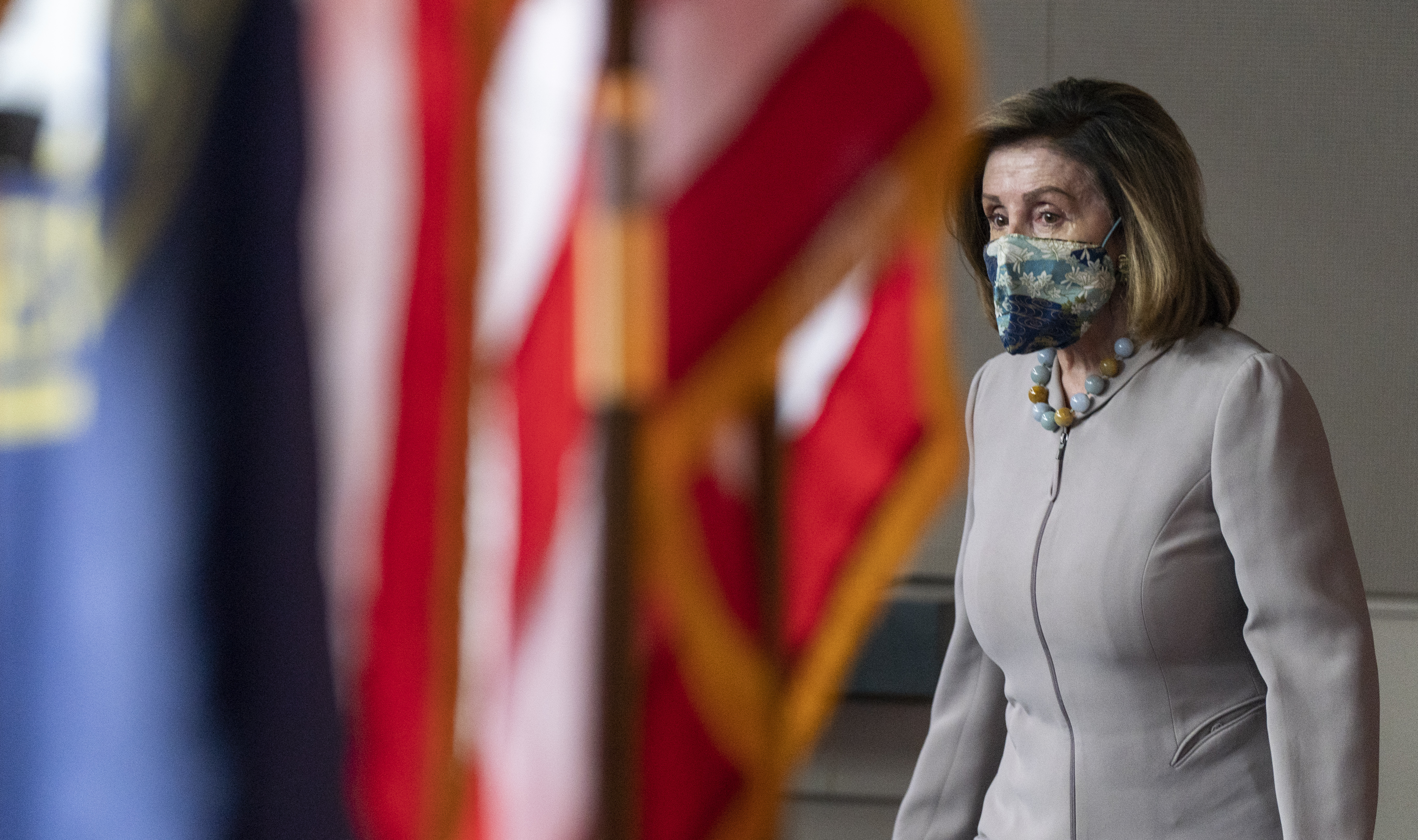 Fang reportedly had sex with two mayors and targeted Democratic politicians – including Swalwell and presidential hopeful Tulsi Gabbard – to infiltrate political circles in the USA.

She focussed on aspiring politicians from 2011 to 2015, with a reported focus on Democratic Rep Swalwell, according to an Axios report – but Pelosi said she didn't think more vetting was needed.

"I don't have any concerns [regarding vetting]," Pelsoi said today. "There are those in the Congress that believe that we should be seeing what kind of influence the Chinese [have].

"[Their] undue influence at universities and the overtures they try to make to members of Congress."

Pelosi explained that in the spring 2015, lawmakers were all informed at the same time "that overtures from an Chinese person had been made to members of congress.

"When it was made known, it was over," she told reporters today.

"I think we should make sure that everybody knows what they're being subjected to but I don't think that means background checks for every intern that comes in.

Intelligence officials told the publication how Fang used campaign fundraising, networking and rallies to get close to up-and-coming politicians before abruptly leaving the country in 2015.

After the FBI gave Swalwell, who has been married since 2016, a “defensive briefing" about Fang, he reportedly cut off all ties with her.

Swalwell and Gabbard have not been accused of having a sexual relationship with Fang, nor any wrongdoing.

The congressman is one of the youngest members of the House and met Fang via the Chinese Student Association. She reportedly fundraised for both him and Gabbard in 2014 and 2013 respectively.

Swalwell's spokesperson told The Sun he "long ago, provided information about this person — whom he met more than eight years ago, and whom he hasn’t seen in nearly six years — to the FBI.

Lauren Goodger wants to go back to her old self as she starts seeing therapist: ‘I’m feeling the worst and don’t know why’