Home » World News » Peloton issues a recall on pedals for 27,000 bikes after injuries

Peloton recalls pedals on 27,000 of its bikes after 16 customers needed medical care, including lower leg stitches, after they broke off while they were riding

Peloton have recalled pedals from 27,000 bikes after 120 customers complained the parts were breaking off and 16 people suffered lacerations.

In one of five cases that required medical care, a client required stitches in the lower leg after the PR70P clip-in pedals dropped off the bike sold between July 2013 and May 2016.

In a message on its website Thursday, the brand told customers to stop using the first generation pedals immediately due to risk of axle breaks.

Users can identify the affected pedals by looking out for the Peloton logo and the word ‘PELOTON’ molded into the pedal body.

An orange Peloton symbol and white lettering spelling ‘PELOTON’ are printed on the top of the cleat binding. 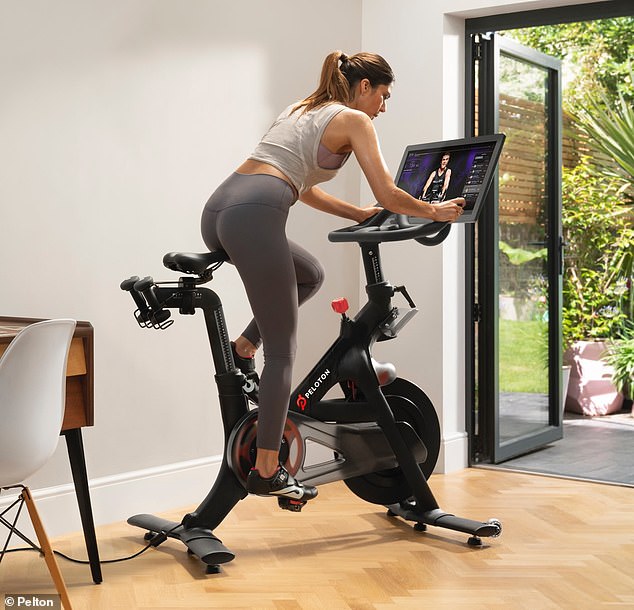 Peloton have recalled pedals from 27,000 bikes after 120 customers complained the parts were unexpectedly falling off during use 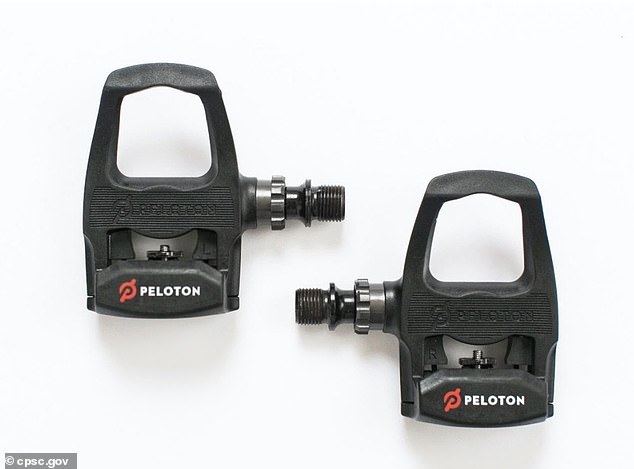 Peloton recommends that pedals are replaced annually and the affected pedals are outside of the one-year warranty.

However, customers were directly to a form to complete for free replacement pedals.

Once delivered, clients will be given step-by-step video instructions on how to self-install.

A Support Team member can help those who need addition support putting the exercise equipment together with the require 15mm wrench but it costs $100 for a technician to attach them.

Other pedals are not a part of the recall.

It’s unclear how long those still using the old pedals will have to wait for the new set to arrive. Business Insider reports that there was already a backlog on deliveries before the recall due to Peloton’s rise in popularity in the pandemic.

As well as the $2,000 cost for the bike, customers pay $39 per month for streamed classes.

The recall came on the same day the makers of rival NordicTrack sued Peloton, claiming the new Bike+ steals features such as a swiveling touchscreen – for which it currently has a patent pending – and the resistance automatically changing during classes which it has already patented.

Icon Health and Fitness states in the lawsuit that the features were ‘developed and used by Icon well before Peloton.’ Icon makes iFit and FreeMotion brands which have equipment such as treadmills and bikes.

‘As the fitness industry’s leading innovator, Icon is unfortunately accustomed to having companies copy its technology,’ the Utah-based company said in the lawsuit. ‘Some companies, like Peloton, have built (at least in part) entire businesses on the back of Icon’s patented technology.’

The two companies settled a previous lawsuit in 2017.

Then this May, Peloton sued Icon claiming it ‘attempted to free ride off Peloton’s innovative technology’ when it introduced streaming classes. 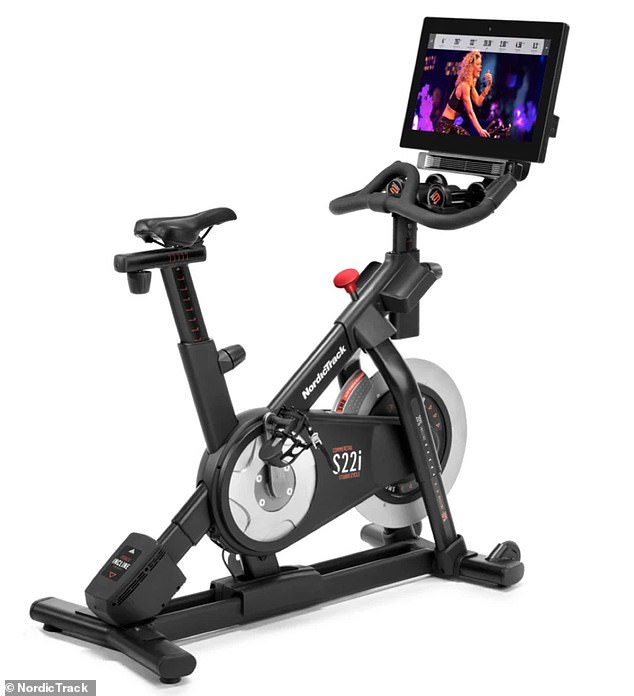 The recall came on the same day the makers of rival NordicTrack sued Peloton, claiming the new Bike+ steals features such as a swiveling touchscreen and the resistance automatically changing during classes

Peloton went public in 2019 and this year stocks have boosted 360% and the company if valued at $40billion.

Icon is valued around $7billion.

Peloton said the new lawsuit is ‘nothing more than a continuation of the litigation that Peloton filed against Icon earlier this year, and is a retaliatory filing intended to deflect attention away from Icon blatant infringement of Peloton’s leaderboard technology and other deceptive practices.’

‘We will vigorously defend this case in court,’ Steven Feldman, Peloton’s outside litigation counsel, said.

In February rival brand Flywheel settled a lawsuit over two Peloton patents. It stopped all virtual classes as a result and has since filed for bankruptcy.

The brand was also reported to be pulling in SoulCycle customers in February due to backlash over the chairman of the umbrella company that owns it supporting a Donald Trump fundraiser.

'Married at First Sight': Did Amelia and Bennett Stay Together After Decision Day?

WGA Says It Doesn’t Have a Deal Yet With CAA

The Best Massage Guns Under $200