Pensioner, 74, wins £600,000 legal battle with ‘reckless and cavalier’ heir hunter who changed locks on London home of his dead aunt then found 30 distant relatives in a bid to claim profit from its sale

A ‘reckless and cavalier’ heir hunter who changed the locks on a dead socialite’s home in a bid to profit from her £600,000 fortune has been ordered to pay her family £250,000.

Retired model and 1930s society beauty, Tessa Amstell, left her north London house to her favourite nephew Martin Amstell, 74, in a will two years before she died aged 98, in 2011.

But the will was mislaid and her estate not formally admitted to probate.

Andrew Fraser, a partner in heir hunting firm Fraser & Fraser, learned of the seemingly abandoned house in 2016 when he was asked by Brent Council to investigate whether anyone was entitled to it.

Fraser, who has featured on the BBC’s ‘Heir Hunters’ show, then set about tracing heirs in a bid to make a hefty commission for himself.

He tracked down up to 30 distant family members who could benefit if Mrs Amstell had died without making a will and obtained a power of attorney from one of them, giving him the right to apply for administration of the estate.

Taking control of Mrs Amstell’s estate ‘with gusto’, he changed the locks on her home and ran up six-figure bills in a bid to ‘play the game and squeeze’ her rightful heir.

He then tried to sell the house to pocket his £75,000 commission.

He even embarked on an expensive 12-month ‘trawl’ through medical records in a ‘pointless’ attempt to prove that Mrs Amstell had lost the mental capacity to make a valid will, a court heard.

Even after he dropped the challenge to Mrs Amstell’s inheritance, Fraser went to court in a bid to get himself named in the will in a bid to pay his £134,000 costs.

But ordering him to pay the entire costs of the dispute – a bill of more than £250,000 – Judge Nigel Gerald said he had been ‘primarily focused on his financial gain’.

The judge said Fraser treated the hunt ‘as a commercial venture’ and acted in a ‘belligerent and provocative manner’.

He said Fraser’s only intention was ‘running up costs and bringing pressure to bear on Mr Amstell to withdraw or settle the claim.’ 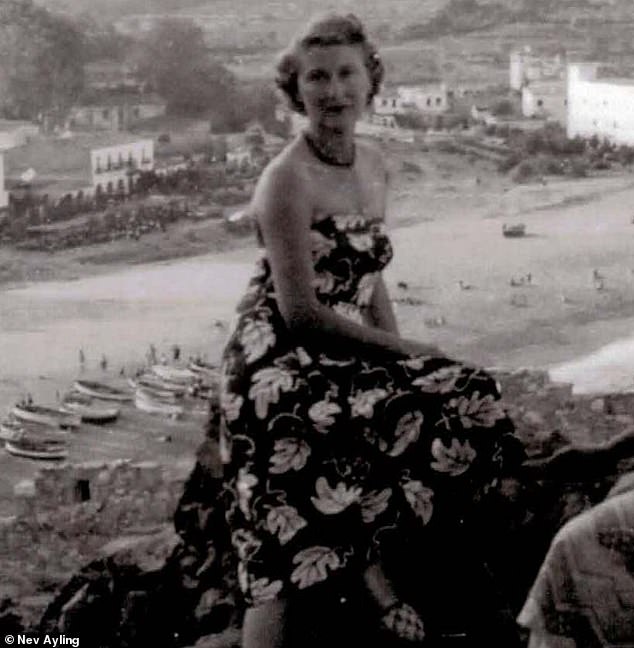 Mrs Amstell and her husband, jazz musician Barnet ‘Billy’ Amstell, married in 1938, having met at Pinewood Studios, where she was an aspiring actor and model.

However, they lost touch with many of their family members in their later years and lived out their final days at Bushey House Care Home, in north London. 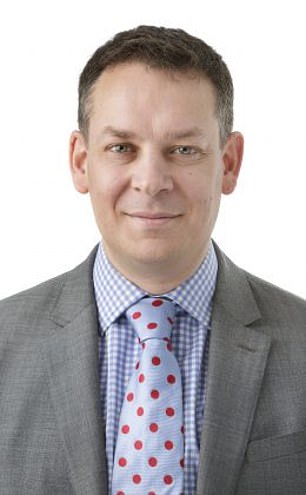 Andrew Fraser, who has featured on the BBC’s ‘heir hunters’ show, set about trying to make a hefty commission for himself

In 2009, widowed Mrs Amstell made a will, naming her niece Marion Finn as executrix and nephew Martin Amstell as main beneficiary.

Under the terms of the document, she left her home in Kenton to Mr Amstell, with another £122,000 in shares and savings to 22 animal charities.

Mrs Finn did not immediately apply for a grant of probate of the final will, having mislaid the original. Instead, she continued to look after the house, clearing mail.

Fraser’s company entered into an agreement with family member Keith Simpson, which stipulated the firm would receive a proportion of any amount of Ms Amstell’s estate that they recovered for him.

He was named as the administrator in December 2016, despite being told repeatedly from July by both Mrs Finn and Mr Amstell that there was in fact a will and she had not died intestate.

Fraser applied to the probate registry for a grant of letters of administration then attempted to sell the bungalow at an auction.

He only agreed to remove the house from the sale list days before the auction and after Mr Amstell had applied for a court injunction to force him to do so.

He cashed in Ms Amstell’s shares and savings and transferred more than £68,000 to Fraser & Fraser’s bank account, the court heard. 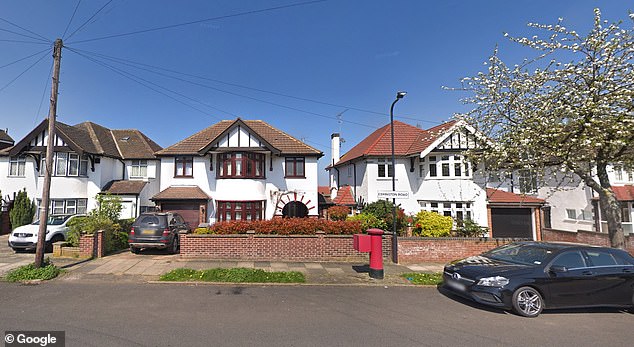 2009: Tessa Amstell made a will, naming her niece Marion Finn as executrix and nephew Martin Amstell as main beneficiary. She left her home in Kenton to Mr Amstell.

2011: She died but her neice did not immediately apply for a grant of probate of the final will, having mislaid the original.

2016: Heir hunter Andrew Fraser was asked by Brent Council to investigate whether anyone was entitled to the house. In December 2016 he was named as the administrator of the estate.

2017: Fraser put the bungalow up for sale in February

2018: Martin Amstell takes his fight to the Royal Courts of Justice in London where he is finally given awarded his entitlement of his aunt’s fortune.

In taking over administration of the estate without telling anyone of Mr Amstell’s potential entitlement, Fraser had been ‘materially misleading’, the judge said.

‘The decision not to disclose the material was a conscious and deliberate decision, which was unjustified in the circumstances.

‘There was a specific and deliberate intention to run this litigation as disproportionately, obstructively and expensively as possible.’

‘Not only did he attend with locksmiths to change the locks, but he also caused the contents of the bungalow to be cleared, it now being impossible to know whether or not the original will was in the contents cleared out.

‘He also put the bungalow up for sale with such haste that it was to be auctioned on February 22, 2017.’

But instead of giving up and resigning as administrator of the estate, Fraser then embarked on a year-long investigation into the circumstances surrounding the making of the will. 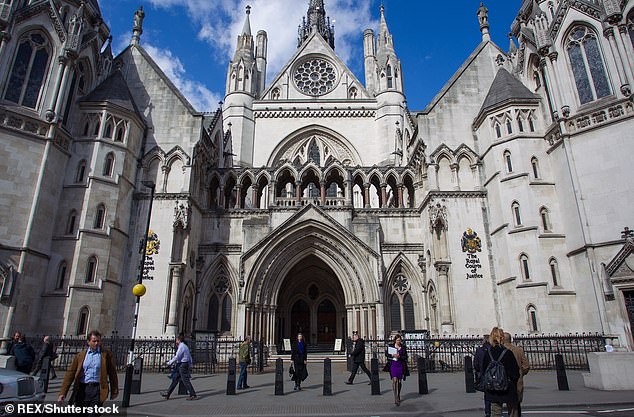 Mr Amstell was forced to take his fight to the Royal Courts of Justice, where Fraser was ordered to pay back the costs 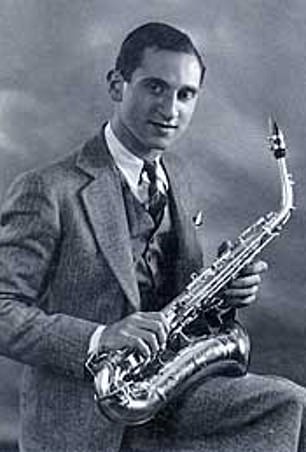 He queried whether Mrs Amstell had had capacity to make a valid will when there was no basis for doing so.

And he only finally dropped his case when he ‘hoisted the white flag for commercial reasons’ a year later, the judge said.

‘From the outset there was a stubborn refusal to take Mr Amstell’s position seriously and Mr Fraser was determined to establish an intestacy,’ he told Judge Gerald.

‘If he is left out of pocket, that is entirely his fault.’

Ruling on the case, Judge Gerald said Fraser ‘never should have been granted’ letters of administration over the estate.

Applying for the legal right to deal with someone’s property, money and possessions (their ‘estate’) when they die is called ‘applying for probate’.

Bereaved families must apply for probate to administer their loved ones’ finances when they die.

Probate must typically be granted before families can release any money from an estate – for example by selling a house.

He said: ‘It is very difficult to avoid concluding that Mr Fraser took either a deliberate, reckless or cavalier approach to the application for the grant of letters of administration in the knowledge and expectation that, once he was in the driver’s seat, he would be in control.’

His investigations into whether the 2009 will was valid had been launched ‘on no factual basis at all’, he continued.

The judge said Fraser was offered the chance to settle the dispute but instead ‘ramped up the agitation and costs’, only to give up £100,000 and 12 months later.

He added: ‘He was pursuing this as a commercial venture in order to play the game and squeeze the claimant.

‘Heir hunters do serve a valuable service because there are cases where people disappear from view as a beneficiary.

‘If that is your line of business, it has to be appreciated that all applications have got to be dealt with with the utmost probity and care.’