VATICAN CITY (Reuters) – Pope Francis said on Sunday that people are more important than the economy, as countries decide how quickly to reopen their countries from coronavirus lockdowns. 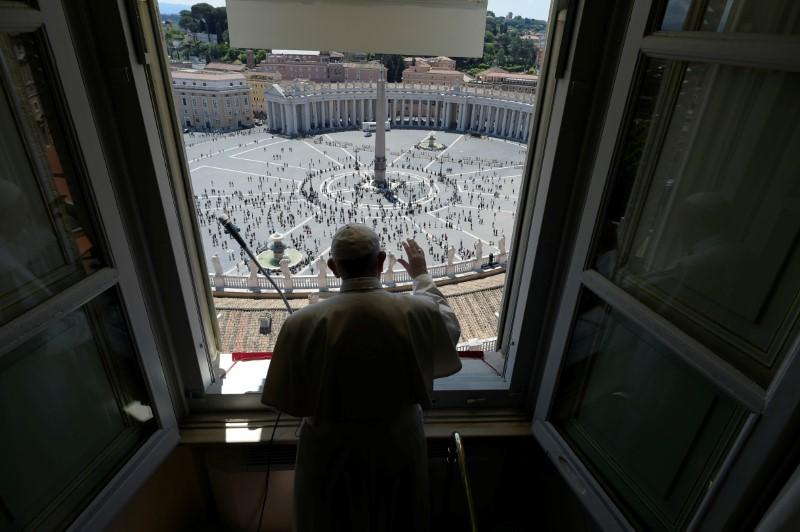 Francis made his comments, departing from a prepared script, at the first noon address from his window overlooking St. Peter’s Square in three months as Italy’s lockdown drew to an end.

“We people are temples of the Holy Spirit, the economy is not,” he said.

Francis did not mention any countries. Many governments are deciding whether to reopen their economies to save jobs and living standards, or whether to maintain lockdowns until they are sure the virus is fully under control.

The pope’s words were met with applause by hundreds of people in the square, many of whom wore masks and kept several meters from each other. The square was reopened to the public last Monday. Normally tens of thousands attend on a Sunday.

The last time the pope delivered his message and blessing from the window was March 1, before Italy, where more than 33,000 people have died from the virus, imposed a lockdown. The last restrictions will be lifted on Wednesday.

Francis led the crowd in silent prayer for medical workers who lost their lives by helping others.

He said he hoped the world would come out of the crisis more united, rather than divided.

“People do not come out of a crisis like this the same as before. We will come out either better or worse than before. Let’s have the courage to emerge better than before in order to build the post-crisis period of the pandemic positively,” he said.

Savannah Guthrie Wearing Her Dress Backwards Is the Ultimate Mood