Owners have been warned to keep their pets inside as Britain braces itself for another week of soaring temperatures.

Animal charities including the RSPCA have released advice on the best way to care for pets as the mercury climbs to 101F (38C).

Twitter user @Zucchinisaurus was among those who drew attention to the risk of walking dogs on hot pavements, explaining they can suffer blisters and burns. 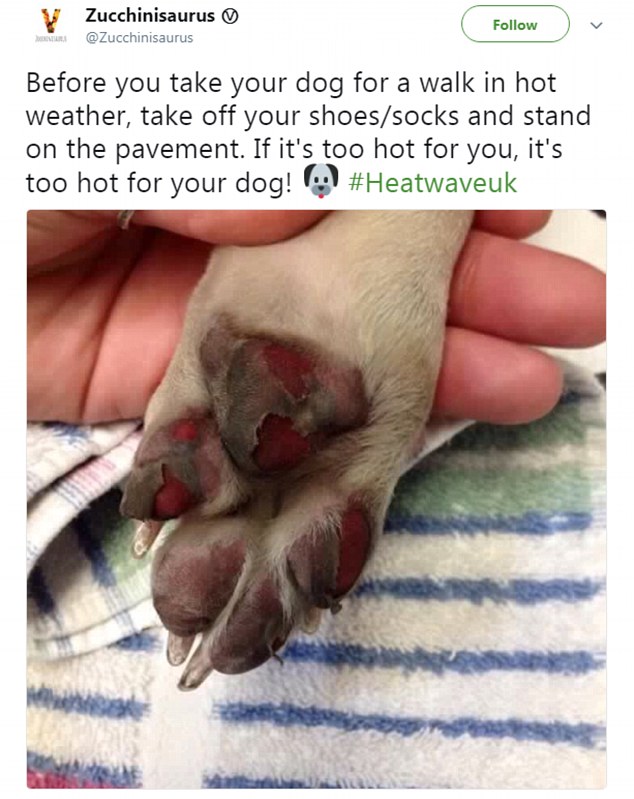 Warning: Owners were reminded that dogs can suffer blisters and burns on their paws as Britain faces another week of soaring temperatures

Meanwhile a post shared by pet support account Keeley’s Pet Service explained that when the outside air temperature reaches 86F (30C), pavements can be as hot as 134F (57C).

The RSPCA said it recommends walking dogs in the morning or evening ‘when they will not burn their paws on the pavement or be at increased risk of heatstroke’. 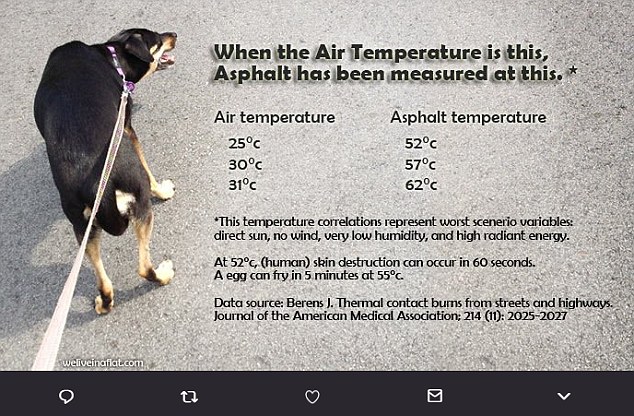 Hotter than you think: A post shared by pet account Keeley’s Pet Service explained that when the outside air temperature reaches 86F (30C), pavements can be as hot as 134F (57C)

The charity advised that signs of burnt paws include limping or refusing to walk, licking or chewing at the feet, pads darker in colour, missing part of pad and blisters or redness.

Meanwhile cat owners were told to double check greenhouses and conservatories before locking them up, in case cats become trapped inside and are dehydrated.

It comes as Met Office officials are urging the public to stay out of the sunshine as the nation is set to bask in temperatures of up to 101F (38C). 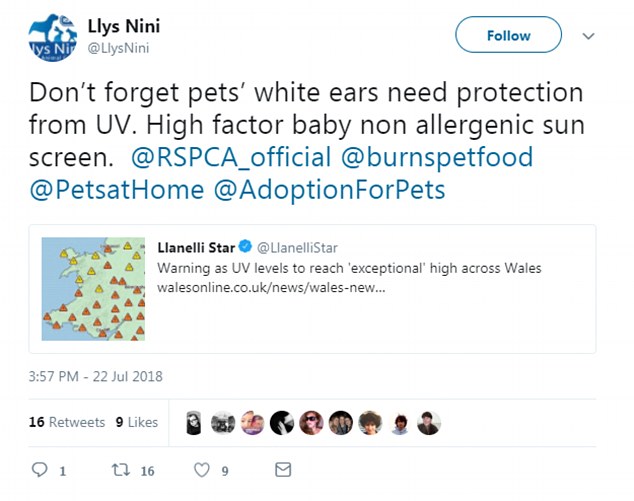 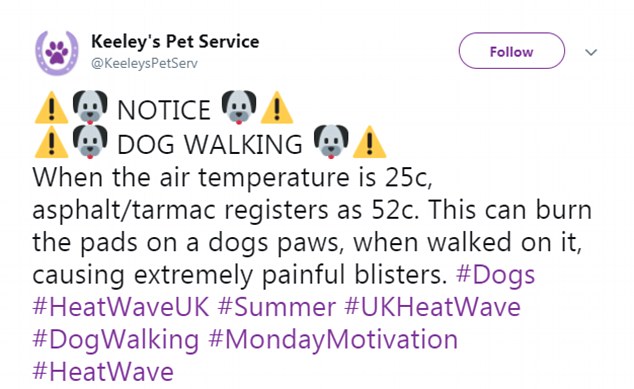 Health services are expecting a surge in sun stroke patients as advice to draw curtains and close windows is hurriedly issued to the public, as the nation braces for what could be the driest summer for 225 years.

Britain could experience the highest temperatures for more than a decade, this week, while many homes and offices – as well as Tube lines – are unprepared for the heat spike.

Official Met Office advice is to stay indoors with closed and covered windows – avoiding the stunning sunshine which can be so rare in Britain.

The amber, or level three, warning is issued when temperatures are predicted to hit 86F (30C) degrees during the day, and 59F (15C) degrees at night, for at least two consecutive days. 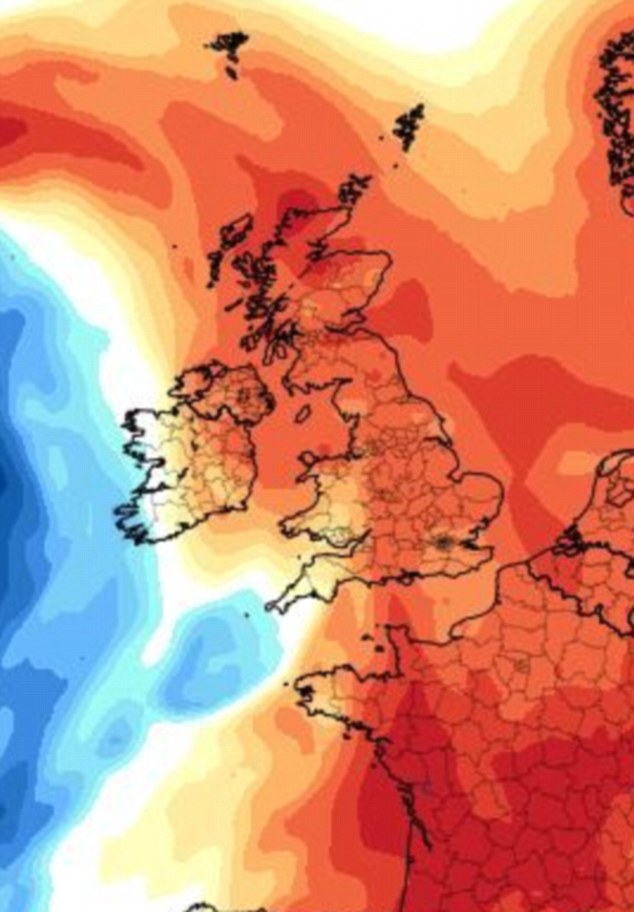 Amber warning: Britons are being advised to stay out of the sunshine washing over from Spain which has been dubbed the ‘Mediterranean melt’ 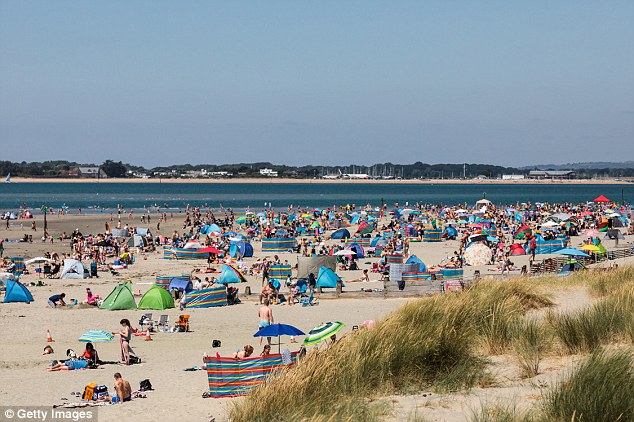 Stay out of the sun? No chance. Britons flock to the nation’s beaches today to soak up the sun. Pictured: Chichester, England 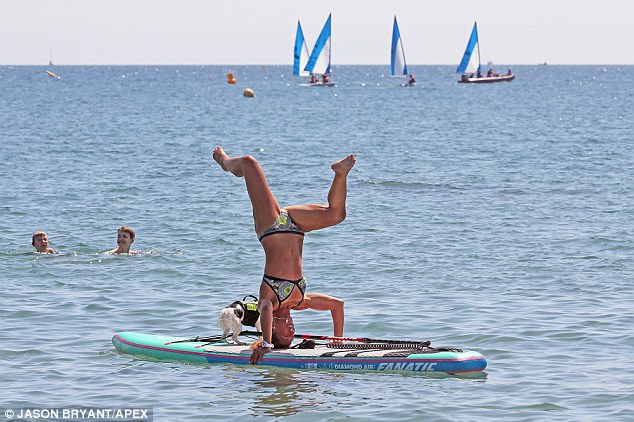 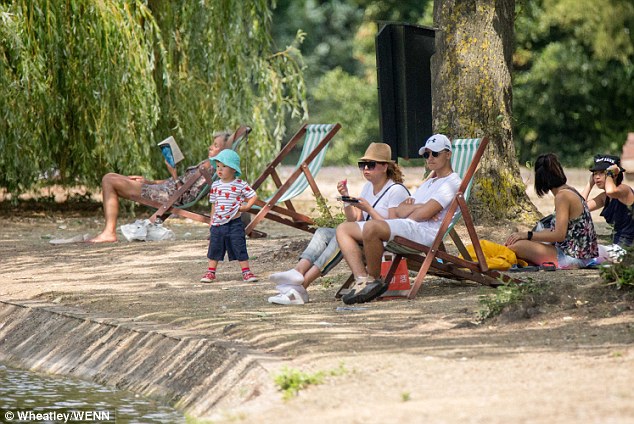 Meanwhile in London: Green spaces were packed at lunch time as people working and living in the city attempted to make the most of  the sunshine. Pictured: London’s Regent’s Park

Behind the Aly Raisman interview on 60 Minutes

‘Nazi Grandma’, 89, on the run in Germany arrested and sent to prison

‘Bold And The Beautiful’ Spoilers For Monday, May 28: Liam Shatters Hope On Their Wedding Day