Judge Jeanine on woman who was raped as train riders did nothing: ‘Total disintegration of society’

A woman who was raped on a Philadelphia-area train in front of other passengers got onto the wrong line and continued to push the suspect away after he began grabbing her minutes after she entered the car, a criminal complaint said.

Fiston Ngoy, 35, is charged with rape, aggravated indecent assault and other counts in connection to the Oct. 13 incident aboard a Southeastern Pennsylvania Transportation Authority (SEPTA) train in Upper Darby. 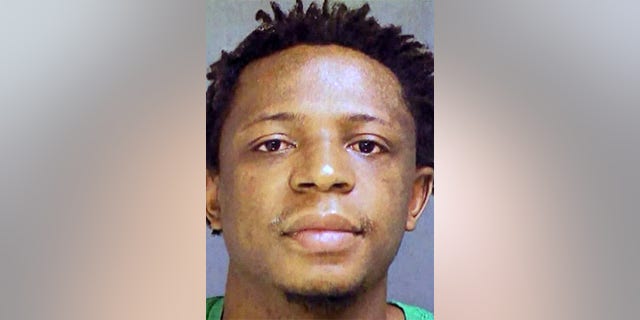 Fiston Ngoy, 35, raped a woman on a Philadelphia-area train minutes after she entered the car, police said.
(Delaware County Jail)

The unidentified woman was riding on the Market-Frankford Line and was sitting alone when Ngoy sat next to her and they began interacting, police said. At around 9:20 p.m., minutes after the woman enters the train car, Ngoy began to touch her, prompting her to “continuously” push him away, the complaint said, citing video surveillance on the train.

Minutes later, he attempted to grab her left breast and she pushes him away, police said.

“Throughout this time, the victim is obviously struggling with trying to keep him off of her,” an officer wrote in the complaint.

Just after 9:50 p.m., Ngoy allegedly removes the woman’s pants and lowers his pants. He then is seen thrusting her groin area for six minutes, police said.

Just before 10 p.m., a SEPTA police officer enters the train and pulls Ngoy off the woman “while [Ngoy was] actively raping the victim,” the complaint said. The officer responded to a call on a train approaching the 69th Street Terminal when he saw Ngoy with his pants undone on top of a woman with her pants off. 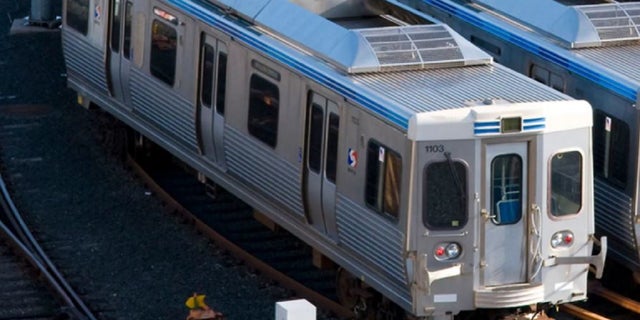 SEPTA elevated trains sit idle at the the 69th Street Teminal on Nov. 3, 2009 in Philadelphia.

During a police interview at a hospital, the woman said she remembered leaving work and having a few beers. At some point, she remembered a SEPTA officer pulling a man off of her, she told authorities.

The case has garnered widespread coverage after it was revealed that riders present during the alleged rape did nothing.

“There was a lot of people, in my opinion, that should have intervened; somebody should have done something,” Upper Darby Police Supt. Timothy Bernhardt said. “It speaks to where we are in society. I mean, who would allow something like that to take place? So it’s troubling.”

On Wednesday, Delaware County District Attorney Jack Stollsteimer said Pennsylvania law does not allow for the prosecution of passengers who failed to intervene on the woman’s behalf. 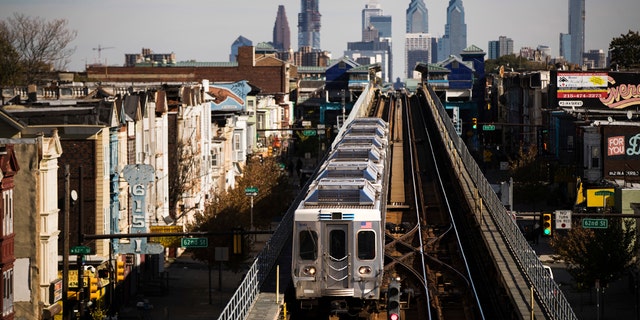 A train moves along the Market-Frankford Line in Philadelphia.
(AP Photo/Matt Rourke)

“Accordingly, any passenger who believes he or she may have observed the October 13th event on the SEPTA train should not fear prosecution,” he said, encouraging witnesses to share information with authorities.

It was further revealed that Ngoy, a Congolese citizen, has a criminal record and had overstayed his student visa, which was terminated in 2015.

If scheme goes ahead, first homes could be connected by late 2019