Jim Watkins was biking with a friend in the Apache Wash Trail in northern Phoenix, Arizona, when he got bitten by a rattlesnake after falling off his bike.

Watkins said since he was riding a new bike he lost momentum on a steep hill and when he tried to un-clip his shoes he tumbled over into a bush where the snake was lurking.

“He was rattling pretty angrily, once I got bitten it just felt like a bee sting so I was thinking, ‘this wasn’t too bad,'” Watkins told ABC News.

Following the bite, they continued to ride for 30 minutes back to the trail head where they called Poison Control.

At first, Watkins was unconvinced when Poison Control urged him to go to the emergency room, “I kept saying I’m not feeling anything but they finally convinced me to go, which is obviously the right thing to do,” the 75-year-old rider said.

He arrived at the Banner University Medical Center at around 5 p.m. where Watkins stayed for two nights and received 14 vials of antivenin.

It was fortunate he arrived at the time he did, Watkins said, as his leg was started to “swell up” and become “very painful” a few hours later. 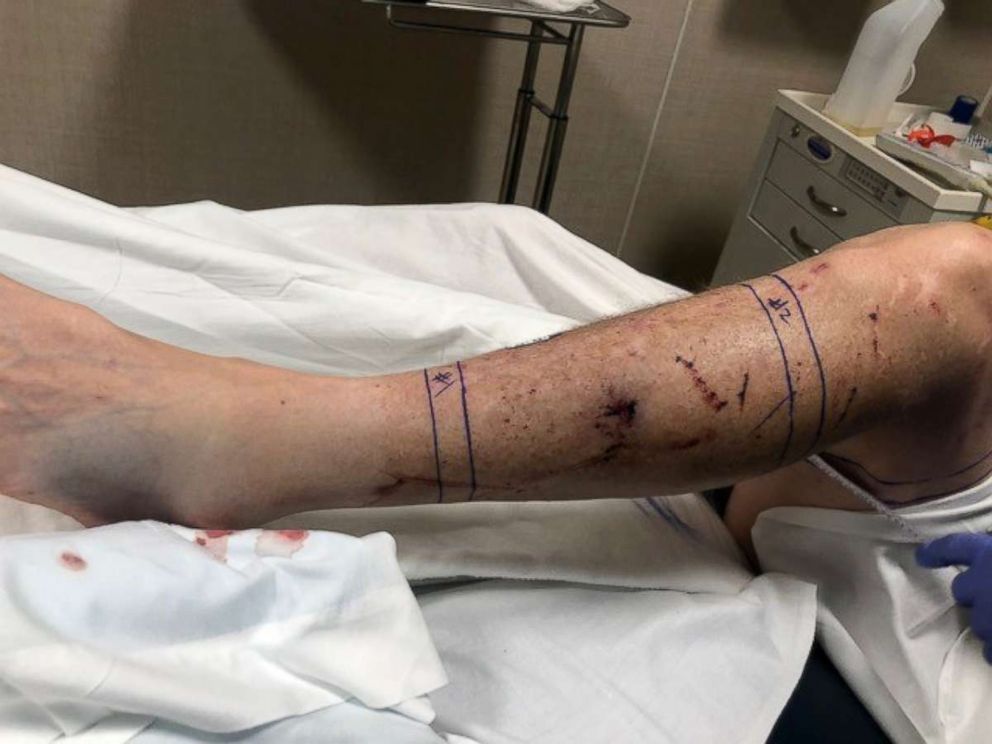 Watkins is an avid outdoors-man and had been mountain biking for 25 years. “I probably seen 10-12 rattlesnakes, it’s rare to spot one let alone be bitten by one,” he said.

Ironically, the route they were biking on was called the Sidewinder trail, which happens to be the name of the type of rattlesnake he unfortunately encountered.

In a funny way it was “prophetic,” Watkins added.

Watkins said the incident definitely won’t stop him from going about his normal outdoors activities, but he will be more observant next time.

After the ordeal, his friend asked what they could have done differently Watkins jokingly answered “well, you could have gone up the hill first.”

'Nailed It''s Season 2 Trailer Is Here and It's Straight HILARIOUS

Batting a Thousand: Check Out These 14 Baseball Couples We're Root, Root, Rooting For