Fancy a spot of I-ce spy? Photographer takes incredible picture of a snowy mountain in the Scottish Highlands but doesn’t notice the climber scaling the peak until a week later

A photographer accidentally took a picture of a climber hiking up a snow-covered mountain and was able to track the mystery walker down on Facebook.

Sylvan Buckley, 44, was visiting Glencoe in the Scottish Highlands hoping to photograph a dramatic sunset on February 13.

As he waited, he turned his lens to neighbouring Buachaille Etive Mor in Glen Etive and took photos. 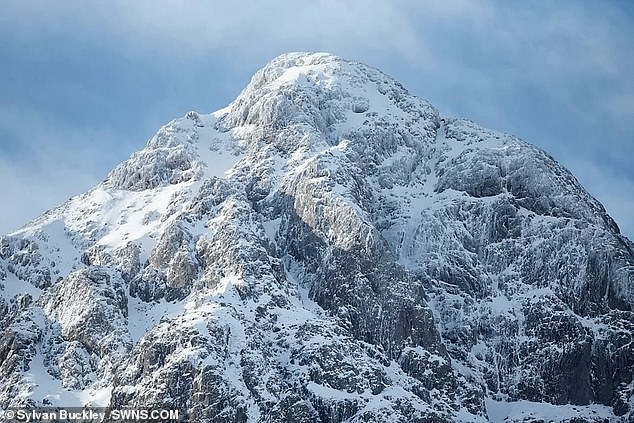 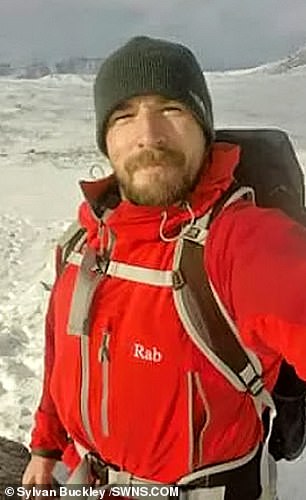 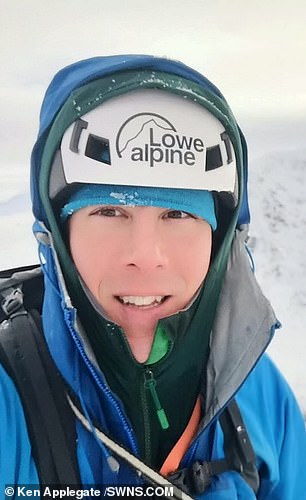 It wasn’t until Mr Buckley got home to Saltcoats, North Ayrshire, that he spotted a tiny figure dressed in a blue jacket against the snowy mountain.

And he decided to try to track down the climber – posting the picture on Facebook in a bid to find him.

Mountaineering instructor Ken Applegate, 38, immediately recognised himself in the photo.

Mr Buckley said: ‘I was out scouting for photo locations following the River Coupall from Glen Etive up towards the Glencoe pass. 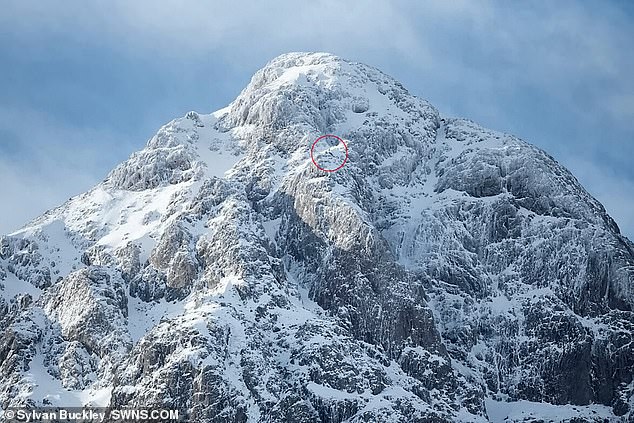 ‘I was hoping to find a nice location to set up and wait for sunset.

‘I noticed some stags on the hills so sat to see if they would come down towards the river.

‘While I waited I decided to take some close up shots of the summit of Buachaille Etive Mor.

‘It wasn’t until I finally got the chance to sit down a week later and go through the shots that I happened to notice the person standing on the ridge.

‘I thought I’d reach out and hopefully find the person that was in the shot.

‘Thankfully I did find him and sent him a copy of the shot in case he may want to print it for himself.’

Mountaineer Mr Applegate, who runs West Coast Mountain Guides, was taking a client up the mountain when he was caught on camera.

Mr Applegate, from Fort William, said: ‘The second I saw the picture I knew it was me.

‘I had been on the mountain with a client around the time Mr Buckley said he took the picture. 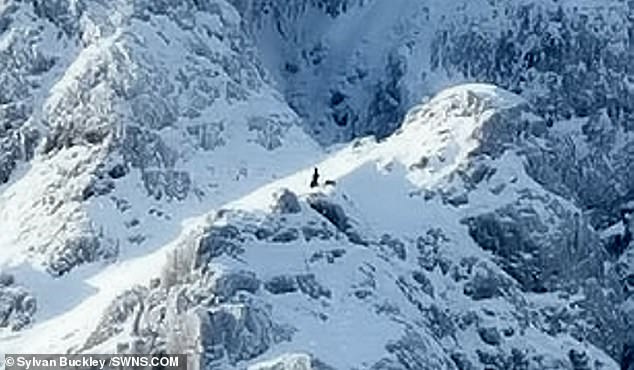 ‘I was wearing a blue jacket and red trousers so very distinctive.

‘I have seen some amazing pictures of Buachaille Etive Mor over the years, I think it must be the most popular mountain in Scotland for photographers to picture.

‘But I couldn’t believe Sylvan managed to get me in the picture and took the time to go over it in that much details to find me – it’s amazing.

‘It’s an incredible stroke of luck.’

Mr Buckley added: ‘All in all it was a really good day up in the Glencoe hills and a nice result being able to put a story to one of the shots from the day.

‘I always say the pictures I take of the area never do the scale of the mountain justice, but this one does.

‘The pictures were taken with a 200mm zoom and really put it into perfect perspective.’