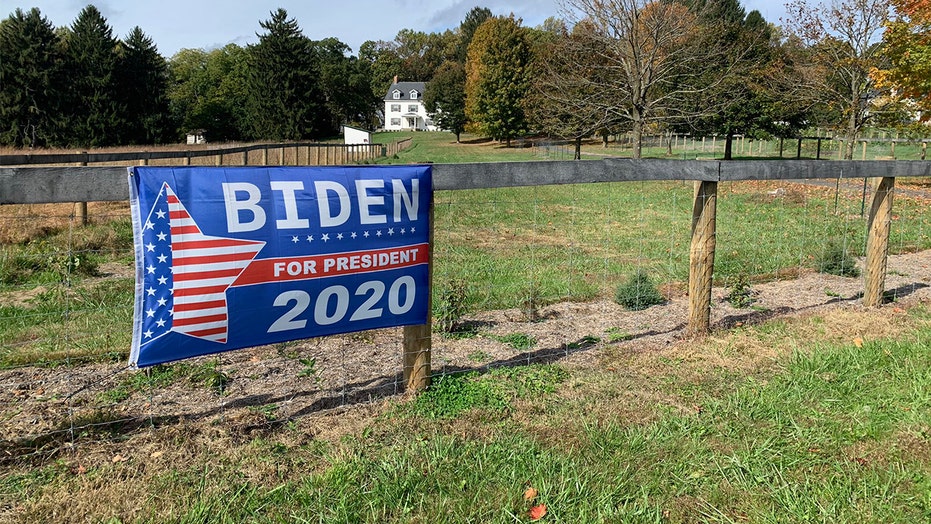 A Maryland man with Biden campaign signs on his yard has been charged with firing a shotgun at two men who honked the horn as they drove past his house in a pickup displaying a large Trump campaign sign.

Baltimore County police said they responded to the incident Saturday afternoon in Kingsville and arrested Douglas Kuhn, 50, on multiple counts of assault. No one was hurt.

Kuhn appeared before a judge Monday and was denied bail, according to Fox 45 Baltimore.

Neal Houk told WJZ-TV that he and his son were the ones in the pickup who honked at Kuhn when they saw him outside putting up a Black Lives Matter sign.

“He reached down,” Houk told the station. “He had a shotgun right there, pulled it out and pointed it right at us. And we were in disbelief. Next thing we heard was a shotgun blast.”

He added, “We see what’s going on in the country, and I really didn’t expect it right here at home.”

The weapon was a 12-gauge shotgun.

Fox 45 interviewed neighbors of Kuhn who said that his Biden and Black Lives Matters yard signs have been vandalized in the past.

Three Biden signs could be seen in his yard Monday, the station reported.

Houk’s son Brad Lang was once a leader of the Towson College Republicans.

“We are very thankful that both Brad and his father are unharmed, and the shooter is in custody,” the group said.

People said I had let myself go after having two kids, now I have three and look better than ever

'The Witcher' Designer Reveals How Nivellan's Castle Honors the Author