PICTURED: Seven of eight children killed in horrific Philadelphia house fire which also claimed lives of four adults: Investigators probe whether Christmas tree caught alight and why NONE of the smoke detectors went off

Seven of the eight children killed in the horrific Philadelphia house fire have been pictured as investigators continue to probe whether a Christmas tree set the house ablaze and why none of the three smoke detectors went off.

Sisters Virginia Thomas, 30, and Rosalee McDonald, 33, and eight of their 11 combined children were killed when the Philadelphia Public Housing Authority duplex they shared went up in flames around 6.38am Wednesday.

Two other adults, who have not been identified, were also killed in the blaze. Family members say the victims ranged in age from 33 to just one years old.

Another two, including a child, are in critical condition.

‘They’re babies, young children. They didn’t even get to experience life,’ Isaiah Brown, a cousin of the family, told Fox News.

Fire chiefs later revealed that a total of four smoke alarms failed and they fear they may recover more bodies inside the home as they work through the debris. 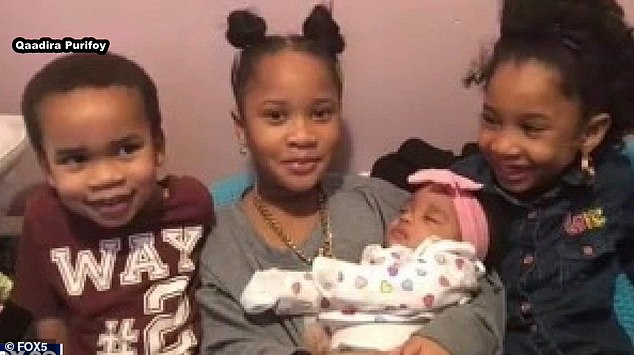 Thomas’s four children in 2019 including daughters Natasha and Shanice 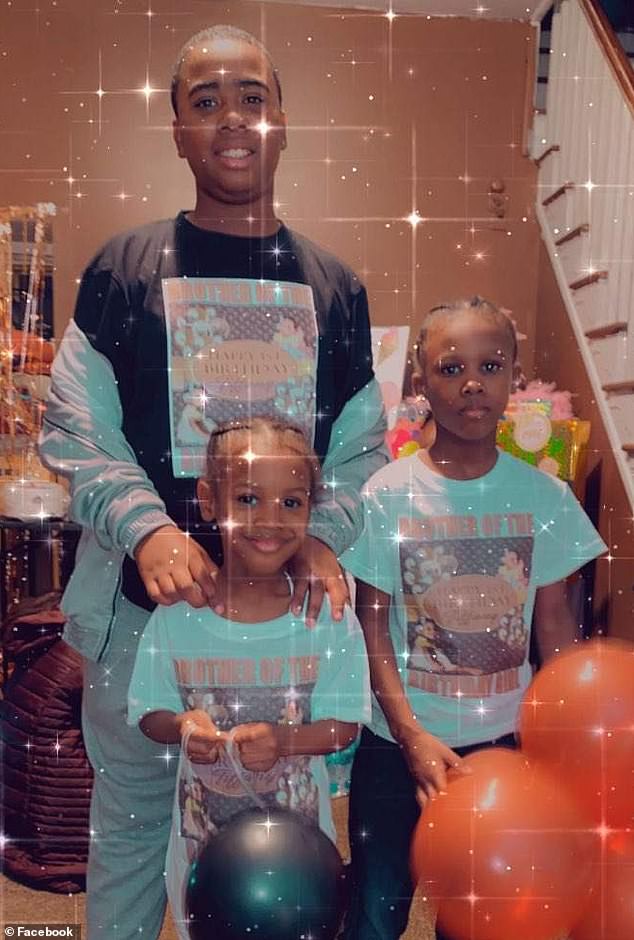 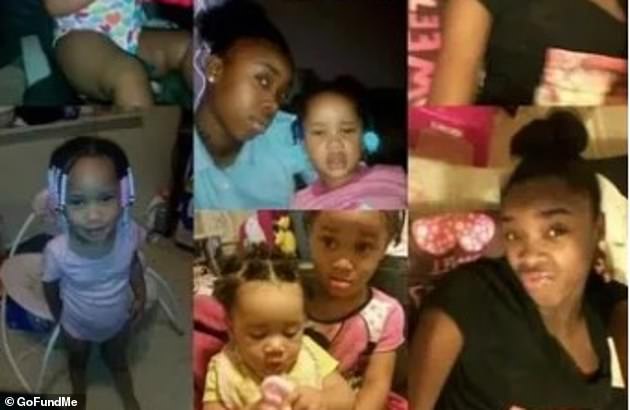 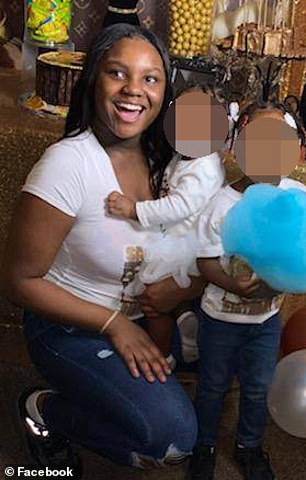 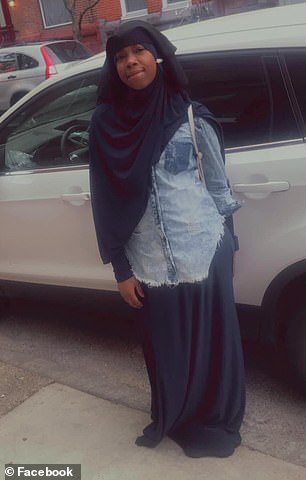 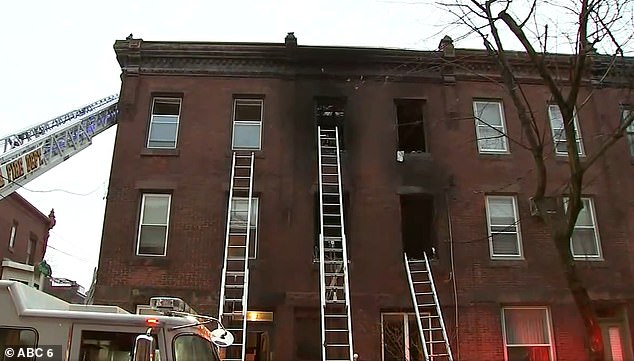 Fire officials said the blaze began around 6.30am Wednesday in the kitchen on the second floor then spread upwards, tearing through the top of the building

The children and their mothers lived together in the duplex, which spans the second and third floors, with a total of 18 people. It’s not clear how many are unaccounted for.

Fire investigators believe the blaze began in the kitchen on the second floor then spread upwards, tearing through the top of the building.

Authorities are also probing the possibility that a Christmas tree ignited the fire. The exact cause remains unclear.

A spokesperson for Philadelphia’s Department of Licenses and Inspections said that while a large number of people lived in the apartment, the city does not limit the number of family members who can live in a single unit.

Family members Qaadira and Jacuita Purifoy told CBS Philly: ‘No alarm was in the house. There were three of them and none of them worked.

‘So I feel like this could have been avoided.’

Philadelphia Housing Authority (PHA) said that all the alarms were inspected back in May and were working.

There were also reportedly carbon monoxide detectors that did not go off Wednesday morning.

The cause of the fire remains unknown although authorities are investigating whether a Christmas tree sparked the flame, ABC6 reported.

The Bureau of Alcohol, Tobacco, Firearms and Explosives (ATF) deployed their National Response team to the rowhome Thursday morning help determine the cause of the fire.

The team, which specializes in determining the origin of fires, helped investigate the 9/11 attack on the Pentagon and said they wanted to help ‘given the magnitude and scope of the fire,’ they told ABC6.

Mayor Jim Kenney choked on tears as he spoke at the scene. He called it ‘without a doubt one of the most tragic days in the city’s history’.

A GoFundMe created Thursday to cover funeral expenses has already raised more than $100,000 as of late afternoon.

Additionally, two unidentified people were taken to the hospital, ABC6 reported. One was rushed to the Children’s Hospital of Philadelphia and the other went to Temple University Hospital.

It was not immediately clear what condition they were in.

Surviving family members grieved the enormous loss of so many victims, whose ages ranged from one to 32.

Fire chiefs also struggled to put into words the horror of the blaze while giving an update on Wednesday morning.

‘I’ve been around for 35 years now and this is probably one of the worst fires I’ve ever been to. I don’t have the words for how we’re feeling right now,’ Philadelphia Deputy Fire Commissioner Craig Murphy said, adding that he was concerned his team would uncover more bodies in the aftermath.

‘That number is dynamic because there’s still an ongoing recovery effort inside. That number sits right now at 13. We also had eight people self evacuate.

‘As of right now, the fire marshal along with the ATF are in the process of doing a thorough investigation of this terrible event,’ he said. 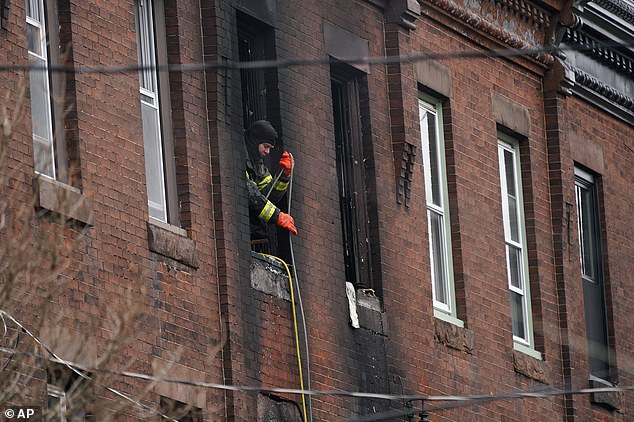 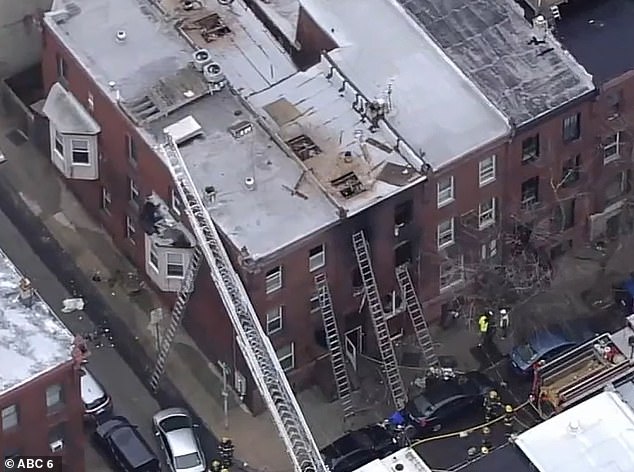 The blaze was reported at 6.38am at 860 North 23rd Street. It started on the second floor then ripped through the third floor of the building, killing at least 13 people including eight kids 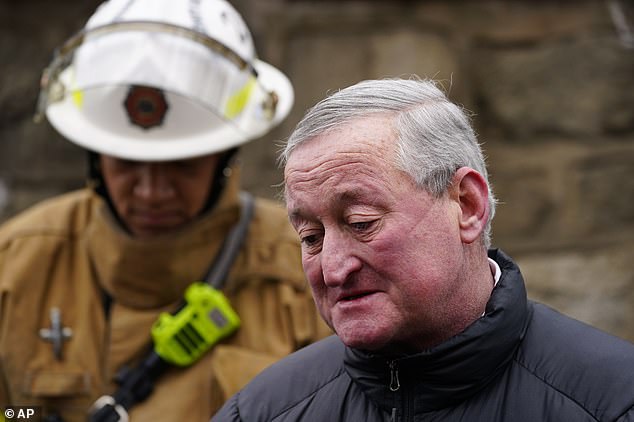 Mayor Jim Kenney (pictured) choked on tears as he spoke at the scene. He called it ‘without a doubt one of the most tragic days in the city’s history’ 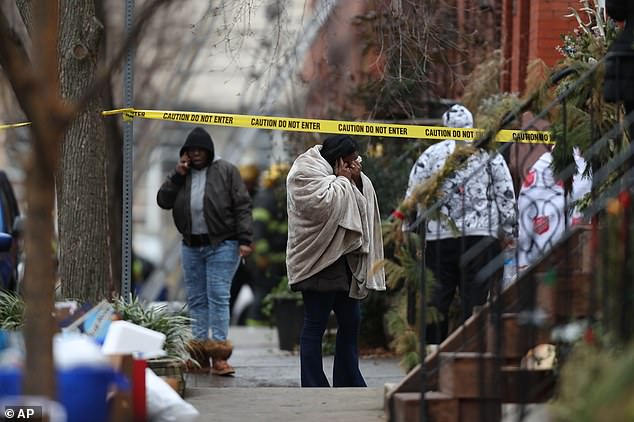 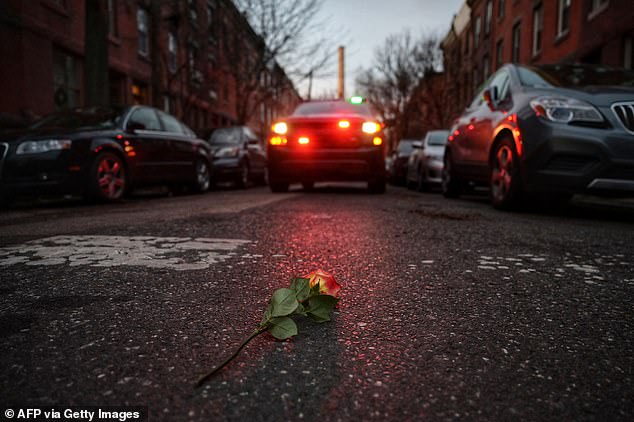 PHA spokesperson Kirk Dorn told ABC6 that the family moved into Unit B about a decade ago. At the time they moved in, there were only six residents but the family had since expanded and there were many young children living in the apartment at the time of the fire.

Dorn also said that due to the pandemic and high demand for low-income housing in Philadelphia, the PHA could not move the family into a five-bedroom home or split them up into different units.

Neighbors watched in horror on Wednesday as firefighters continued to work through the scene.

‘I knew some of those kids – I used to see them playing on the corner,’ said Dannie McGuire, 34, fighting back tears as she and Martin Burgert, 35, stood in the doorway of a home around the corner.

‘They had lived there for a decade and some of those kids have lived here as long as us.

‘I can’t picture how more people couldn’t get out – jumping out a window,’ McGuire said.

‘It is too early for us to say more. The property was last inspected in May 2021, and all the smoke detectors were operating properly at that time,’ PHA CEO Kelvin A Jeremiah said.

First Lady Jill Biden, who lived in a suburb north of Philadelphia, tweeted in response to the tragedy on Wednesday afternoon

According to ABC6, firefighters received the first call about the fire at 6.36am and were on the scene four minutes later.

They reportedly received an additional 36 calls about the blaze.

First Lady Jill Biden, who lived in a suburb north of Philadelphia, tweeted in response to the tragedy on Wednesday afternoon.

‘My heart is with the families and loved ones of the victims of the tragic fire in Philadelphia,’ she wrote.

The building had two apartments, Unit A and Unit B, which was home to a total of 26 residents.

All eight occupants in the separate bottom floor apartment, Unit A, were safely evacuated.