A Chinese plane carrying 157 passengers has veered off a runway while attempting to land in torrential rain in the Philippines.

The Xiamen Airlines aircraft landed on its second attempt before skidding onto the grass and ripping off its left engine, airport general manager Ed Monreal said.

Four people suffered ‘superficial scratches’ as they evacuated the Boeing 737-800 jet, which had flown to the Philippine capital from Xiamen in southeast China, he added.

‘With God’s blessings all passengers were able to evacuate safely,’ Monreal said, adding the cause of the incident was under investigation. 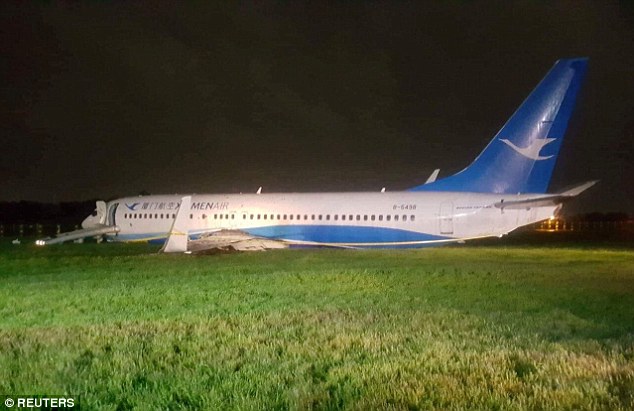 Officials believe the plane ‘misapproached’ the runway on its first attempt to land, then lost contact with the control tower 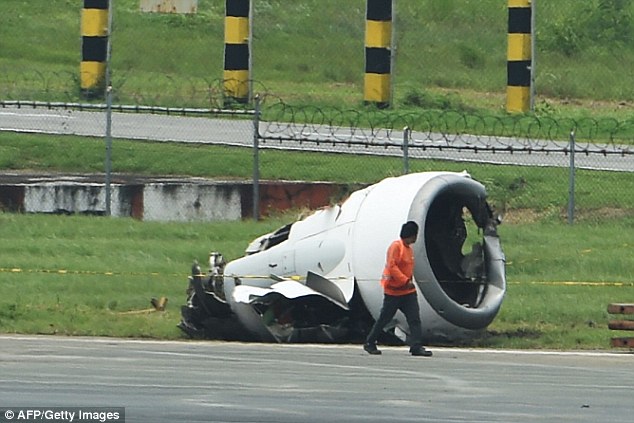 The incident occurred in heavy rain and passengers and crew used an emergency chute to leave the aircraft.

Local television network ABS-CBN later aired photos of a group it said were passengers from the flight wrapped in blankets as they lined up inside the passenger terminal.

Chinese state news agency Xinhua reported the plane circled the airport for an hour before attempting to land.

The aircraft is still resting on its belly near the end of the airport’s main runway where it came to a stop after the accident, which occurred late on Thursday evening.

A Xiamen Air plane veered off a rain-soaked runway when attempting to land in the Philippines just before midnight, causing flight disruptions and a temporary runway closure 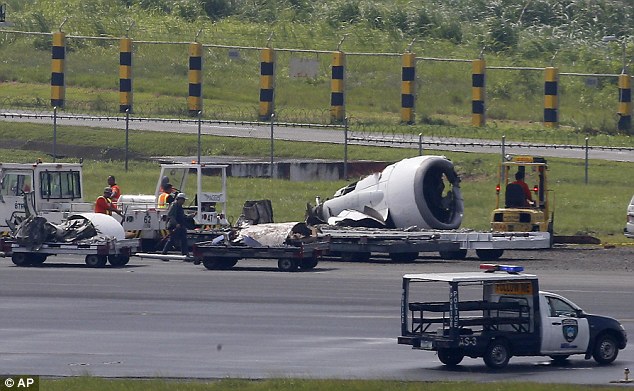 It skidded upon touchdown, causing one of the plane’s engines to detach from the wing 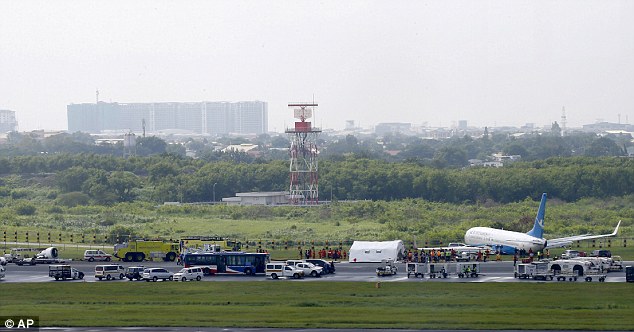 All 157 passengers and eight crew aboard the Boeing 737-800, which was flying into Manila International Airport from Xiamen, China, escaped unscathed 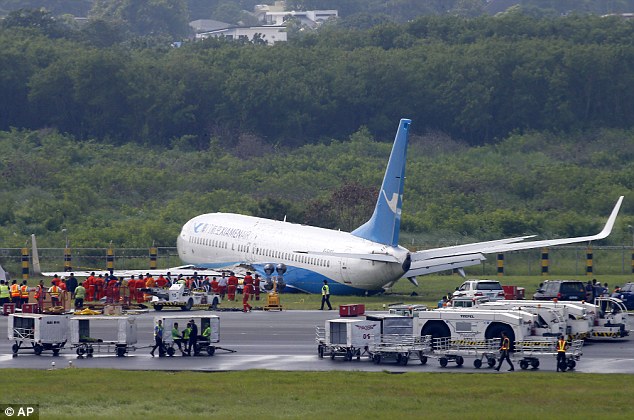 The incident left chaos in it’s wake, with flights from the Middle East and United State all diverted to an alternate airport

The authorities lifted part of the body off the ground Friday morning to recover its cargo as well as its flight data recorder and cockpit voice recorder, both vital to determining the cause of the accident.

‘The Manila (airport control) tower told us that the aircraft tried to land once, aborted, then circled back. After landing the tower lost contact with it,’ civil aviation chief Jim Sydiongco said.

The incident forced a partial shutdown of the Philippines’ main airport Friday.

The runway for smaller aircraft remained open, but the authorities said the accident has delayed thousands of passengers, including holidaymakers travelling ahead of a long weekend. 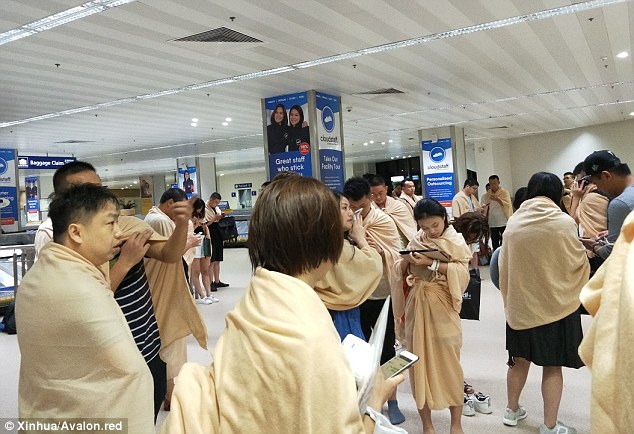 Impacted passengers were given the option of rescheduling flights within a 30 day period, obtaining a flight credit, or a full refund

How to nail those tricky conversations about money this festive season