‘Think of the fans’: Theresa May warns the FA to consider England supporters before selling off Wembley to an American Football owner

Theresa May tonight warned the FA to think of England fans before committing to selling off Wembley Stadium.

It emerged today the headquarters of English football could be sold in a £500million deal to Shahid Khan, the billionaire owner of the NFL’s Jacksonville Jaguars and Fulham Football Club.

Downing Street insisted the process was at an early stage and ultimately a matter for the FA to resolve. 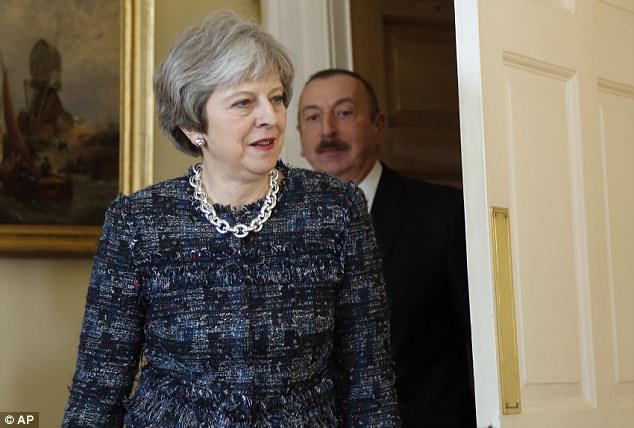 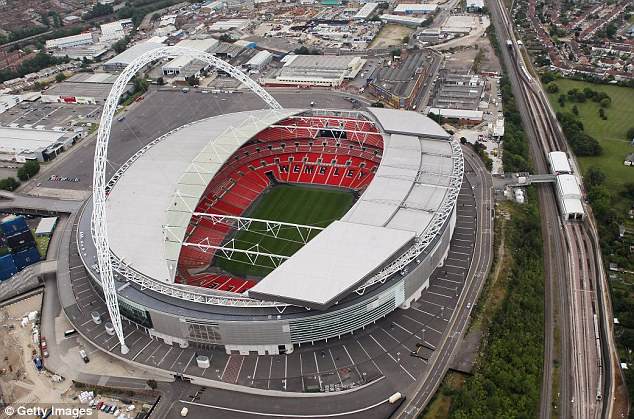 The Football Association are on the verge of selling Wembley Stadium for more than £500million in a move which has sparked a backlash from some fans, who say the ‘crown jewel’ site should not be handed over to private owners

He said: ‘This is a decision for the Football Association. But Wembley is the historic home of English football and holds a very special place in the hearts of fans up and down the country.

‘I’m sure the FA will want to strongly consider the views of these supporters before deciding what to do next.’

The Football Association, says the huge windfall could be pumped into grassroots football, but many fans are uneasy at the thought of their national stadium being privately owned.

Plans for the sale have also sparked a scramble to reclaim the £40million taxpayers’ money pumped into the development of the stadium and the £120million National Lottery funding.

WHO PAID FOR WEMBLEY STADIUM?

Funding for the new stadium came from the FA which secured huge loans for the project as well as from Lottery-funded Sport England which paid £120m; the Department for Digital, Culture, Media and Sport which put up £20m with a further £21m coming from the London Development Agency.

In January the FA said it would finally finish paying for Wembley by the end of 2024, 17 years after it opened.

A debt of £142m reportedly remained.

Khan, who is worth an estimated £5.2billion, is prepared to pay more than £500m in cash and allow the FA to keep its hospitality business Club Wembley that is valued at a further £300m.

It is thought the English national football team may have to play home matches at other stadiums around the country while the NFL season is underway.

Mr Khan, who is worth an estimated £5.2billion, is prepared to pay more than £500m in cash and allow the FA to keep its hospitality business Club Wembley that is valued at a further £300m.

Former QPR player Rodney Marsh was among those questioning in the move today.

He tweeted: ‘Mark this date. If Wembley is sold it will no longer be Wembley Stadium. It will become The Google Sports Arena.’ 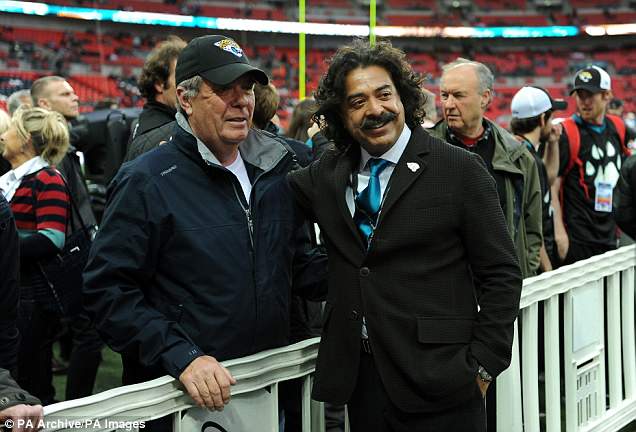 Fulham’s billionaire owner Shahid Khan – the owner of the  is the man who wants to buy the national stadium. It is thought he will use it as the home of a UK-based American football team

Will Smith, Antoine Fuqua won’t shoot ‘Emancipation’ in Georgia because of voting restrictions