MEGHAN Markle and Prince Harry last night released an extraordinary statement detailing what their life outside the Royal Family would look like.

But the 1,114 word essay has sparked claims the couple are "very unhappy" with their Megxit agreement. 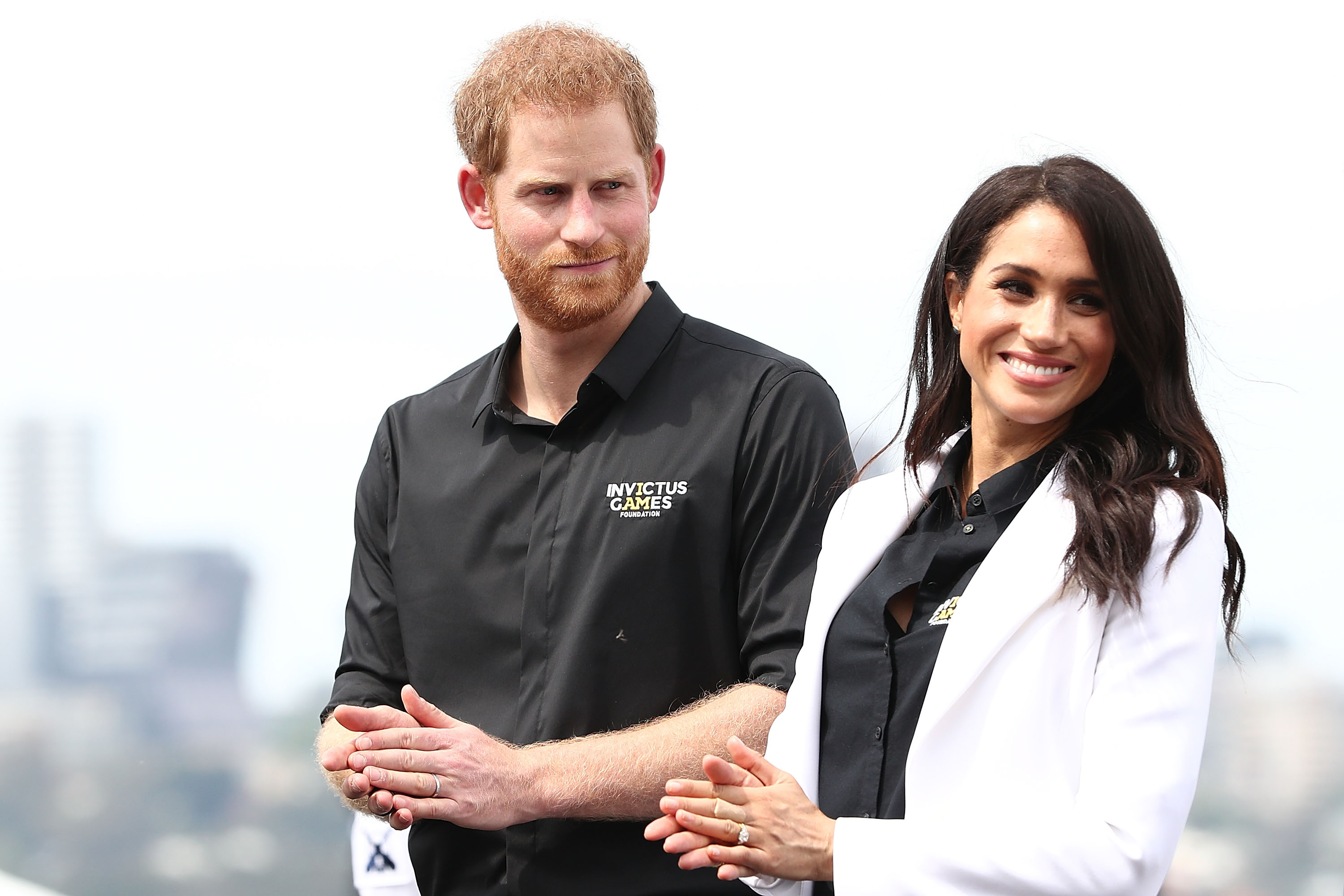 Here, Royal expert and commentator Richard Fitzwilliams breaks down what some of the paragraphs mean.

What they said: While there is not any jurisdiction by The Monarchy or Cabinet Office over the use of the word ‘Royal’ overseas, The Duke and Duchess of Sussex do not intend to use ‘Sussex Royal’ or any iteration of the word ‘Royal’ in any territory (either within the UK or otherwise) when the transition occurs Spring 2020.

Speaking to the Sun Online, Mr Fitzwilliams said this point underlined just how unhappy the couple were not being able to use the word Royal.

He said: "This points out that they could not legally be stopped from using the word 'Royal' overseas but that they will not be using it.

"It underlines how unhappy they are with the arrangement and for not being allowed to use it."

But he pointed out the change in trademark for the couple wouldn't damage their brand – and they could still make megabucks in speech and book details.

He said: "If you think about it, 'Sussex Royal' doesn’t really sound very royal and is more a stilted PR invention.

"In reality this won’t diminish their earning power or the pull of their global brand which is undoubtedly huge." 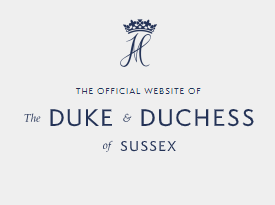 What they said: While there is precedent for other titled members of the Royal Family to seek employment outside of the institution, for The Duke and Duchess of Sussex, a 12-month review period has been put in place.

Mr Fitzwilliams said this point in the statement appeared to indicate the couple believe they are "being victimised" by palace aides as other royals including Princess Beatrice and Peter Phillips are allowed to earn their own money with no review.

He said: "It isn’t clear why, because Harry’s military appointments are being kept open and it only makes sense to see how this arrangement works after a year.

"Their behaviour is completely unprecedented. This surely has consequences. You really wonder, whose advice have they been taking."

What they said: The preference of The Duke and Duchess of Sussex was to continue to represent and support Her Majesty The Queen albeit in a more limited capacity, while not drawing on the Sovereign Grant.

Meghan Markle and Prince Harry were widely believed to want a "half-in, half-out" deal that allowed them to work as royals without being senior members in the Family.

Mr Fitzwilliams said this part of the statement reaffirmed this – but pointed out their hopes were not practical.

He said: "Who would be the arbiter of whether their activities in achieving financial self sufficiency were appropriate? What if they were tacky?

"What was unprecedented and inappropriate was the way they released the statement saying what they wanted without telling the Queen and senior royals first.

"The Sovereign Grant only pays for 5 per cent of their income so it isn’t that substantial." 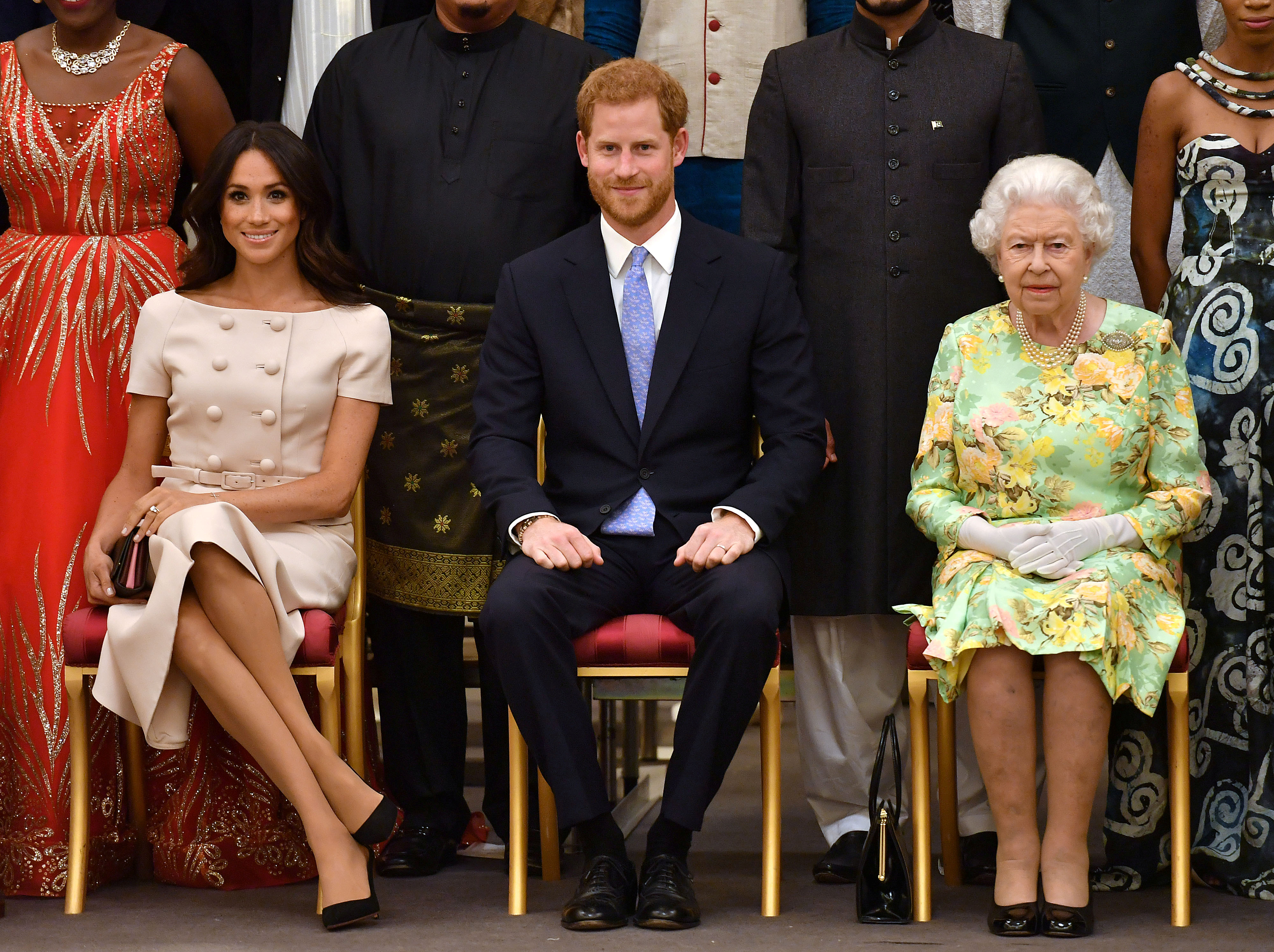 What they said: It is agreed that The Duke and Duchess of Sussex will continue to require effective security to protect them and their son. This is based on The Duke’s public profile by virtue of being born into The Royal Family, his military service, the Duchess’ own independent profile, and the shared threat and risk level documented specifically over the last few years. No further details can be shared as this is classified information for safety reasons.

Scotland Yard officers protecting Meghan Markle and Prince Harry recently were reported to be concerned over running errands at their new Canada base.

Experts have estimated the annual bill for protecting Harry and Meghan at £3 million to £6 million.

Mr Fitzwilliams said: "They will obviously continue to received the security they need for these reasons. The taxpayers in the U.K. and Canada might not like it however.

"Polls show the vast majority do not approve of it in the UK and in Canada and many feel the Sussexes have handled their affairs extremely selfishly."

What they said: The Royal Family respect and understand the wish of The Duke and Duchess of Sussex to live a more independent life as a family, by removing the supposed ‘public interest’ justification for media intrusion into their lives. They remain a valued part of Her Majesty’s family.

Mr Fitzwilliams explained that Meghan and Harry were hammering home the point they wanted to choose "what they do and don't do".

And he pointed out the birth of their son Archie may have elevated the couple's concerns.

Mr Fitzwilliams said: "They want to choose what they do and what they don’t do and, which caused problems after Archie was born, what is private and what is not.

"How Archie grows up for example and where. Now they obviously can but not as working members of the royal family and not using their titles."

What they said: It was agreed that The Duke and Duchess will no longer be able to formally carry out ‘official duties’ for The Queen or represent The Commonwealth, but they will, however, be allowed to maintain their patronages (including those that are classified as ‘royal’ patronages).

Mr Fitzwilliams today pointed out that much of the statement released last night was "unnecessary" and sounded bitter.

He said: "Since they are closing their office at Buckingham Palace and sacking their staff how will they cope with handling their patronages?

"They will apparently not be starting a 'foundation' but a 'non-profit entity' to effect change. They have their 'cause driven work' which they are indeed committed to."

And he pointed out the Queen had "kept the door open" for a 12 month review in case the couple had a change of heart.

He said: "It should be remembered when they announced in January they were stepping back as senior royals in a surprise, unprecedented statement they said they intended to “collaborate” with Her Majesty The Queen.

"It’s a very odd phrase to use, surely 'serve' would have been more appropriate and shown some humility."

I Want to Be Wearing That: Kanye West's Bandana-Print Puffer