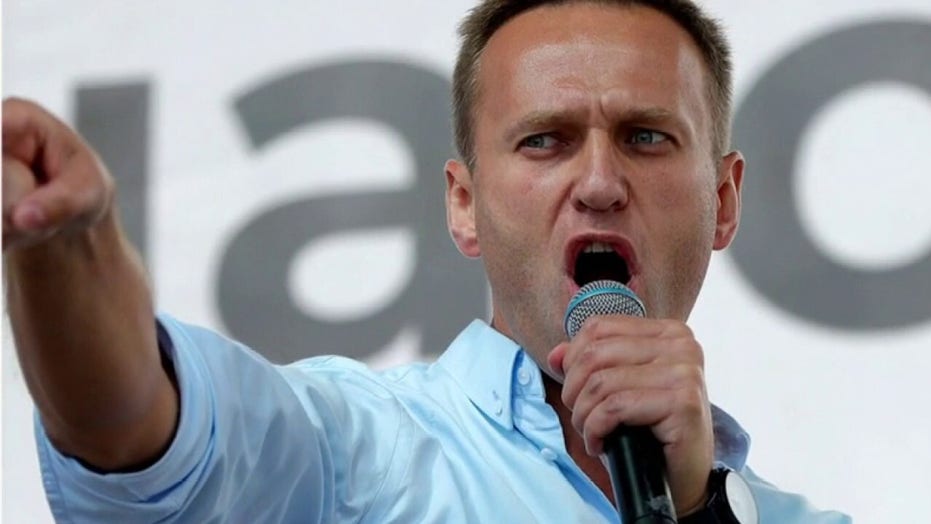 EXCLUSIVE – Alexei Navalny, Russia’s most prominent opposition leader, is recovering from what Western labs assessed as nerve agent poisoning. After more than a month-long recovery in Germany, the 44-year-old Navalny is making rounds of TV appearances and blames the Kremlin and personally Russian President Vladimir Putin for the attack.

"I really believe and I'm sure that it's Vladimir Putin who is behind the attempted murder,” says Navalny and vouches he will soon return to Russia. “Any other possibilities have never been considered and never will be.”

The Organisation for the Prohibition of Chemical Weapons confirmed the findings by Germany and other countries that Navalny was the victim of an attack with a Soviet-era nerve agent Novichok.

Novichok, meaning “newcomer” in Russian, stands for a group of nerve agents developed by the Soviet Union in the 1970s. It last made news in 2018, when Russian ex-spy Sergei Skripal and his daughter Yulia were attacked in the British city of Salisbury. The Skripals, who survived the poisoning, have since been in hiding. 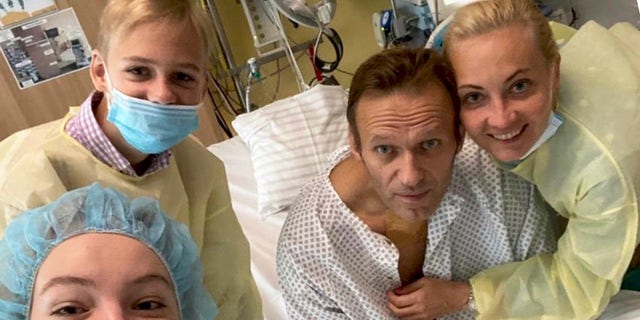 Alexei Navalny has posted the picture of himself in a hospital in Germany and says he’s breathing on his own. He posted on Instagram Tuesday Sept. 15, 2020: "Hi, this is Navalny. I have been missing you. I still can’t do much, but yesterday I managed to breathe on my own for the entire day." (Navalny instagram via AP)

The U.S. government, along with European leaders, condemned Navalny’s poisoning, while Russia denies any involvement in the alleged poisoning.

“We call on Russia to bring those responsible for this abhorrent attack to justice,” tweeted Secretary of State Mike Pompeo.

In an exclusive interview with Fox News, Russian democracy activist Vladimir Kara-Murza recalls how he felt when he suffered poisoning twice in 2015 and 2017.

“It is excruciatingly painful and very frightening to have to live through this when you're trying to take in the air and you suffocate and you cannot breathe and you just feel life going out of your body,” Kara-Murza told Fox News standing in front of the Russian Embassy in Washington, D.C., on Boris Nemtsov Plaza, named after his lifelong friend, the late Russian opposition leader who was gunned down near from the Kremlin in 2015. 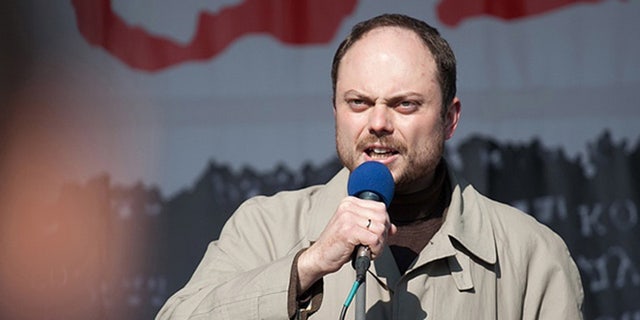 RUSSIA'S NAVALNY ACCUSES PUTIN OF BEING BEHIND POISONING

Kara-Murza said that both times he was in a coma with multiple organ failure, and both times doctors told his wife that he had about a 5% chance of survival.

“So, no words can express how grateful I feel to be able to even stand here and speak with you,” he added. 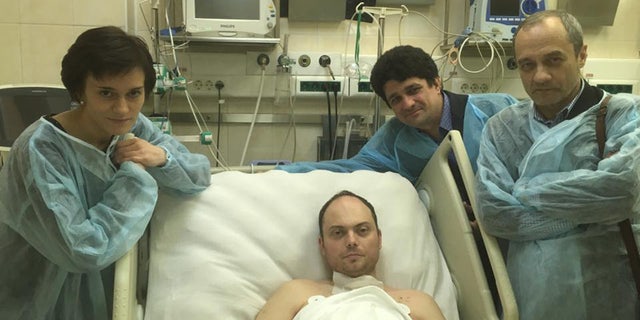 Like Navalny, Kara-Murza says he has no doubt that both of those poisoning attacks were motivated by his political activity in the Russian opposition.

“In 20 years since Vladimir Putin came to power in Russia, there has been a long and growing list of attacks, attempted or actual murders against political opponents, independent journalists, anti-corruption campaigners and other undesirables, people who, for some reason or another, have crossed the path of the Kremlin and Vladimir Putin's regime,” he said.

Kara-Murza thinks there are two main reasons why Russian security services like this method – plausible deniability and sadism.

“Every time another prominent opponent or independent journalist is poisoned, the Kremlin spokespeople shrug their shoulders and say – 'Who knows what happened? Maybe they eat something wrong or they drank too much or why are you blaming us?' And this continues. Time after time after time”. 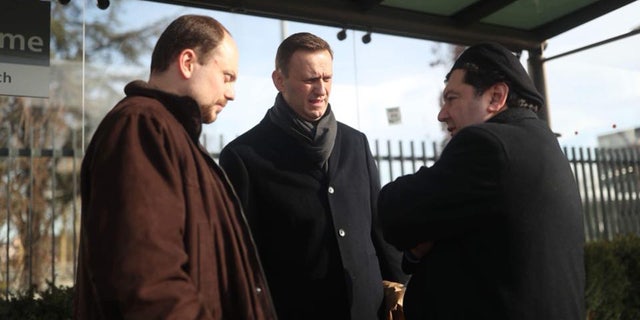 Bill Browder, the author of “Red Notice,” a book about corruption and impunity in Putin's Russia, agrees.

“Vladimir Putin is a man who likes to kill his enemies, but he also likes to not take responsibility for the killing. So with poison, it achieves all sorts of objectives for him. He can eliminate an enemy,” he said. “At the same time, because poison is hard to trace, he doesn't have to take legal responsibility.”

Browder, once Russia’s largest foreign investor, now heads the Global Magnitsky Justice Campaign named after his late lawyer Sergei Magnitsky, who was detained in 2008 after reporting fraud by Russian tax officials. He died in custody in 2009 after being refused medical treatment or family visits.

Browder is now campaigning for the anti-corruption Global Magnitsky Act to be adopted in the European Union and Australia.

“If those two blocks pass their own Magnitsky acts, we’ve covered most of the civilized world,” he said.

Nerve agent Novichok: What to know about Russia’s spy poison

What to know about Novichok, the lethal Russian nerve agent reportedly used in Great Britain

When asked if Putin really cares about Western reactions, Broder says, he does: “Vladimir Putin cares profoundly about individual targeted sanctions. They go after his most close allies in the government and among the oligarchs. And if you sanction those people, you're effectively freezing Vladimir Putin's money. And he cares about money more than human life.”

Browder believes everybody in America should understand that Putin is one of the “most evil dictators” in the world right now.

He added: “And in no way, shape or form should we engage with him now.”

This attitude is shared by former Ukrainian President Viktor Yushchenko, who himself survived being poisoned in 2004 when he was running against a Russia-backed candidate.

In a written statement, Yushchenko told Fox News he finds it distressing that U.S. policymakers are advocating yet another “reset” of relations with Russia.

“The Kremlin will continue its provocative attacks and expansionist policies until it is stopped by a strong and united response from the West," Yushchenko wrote.