Police find only one in 20 beggars is homeless and without benefits in town ‘plagued’ by professional panhandlers where some already get £2,000-a-month state handouts and others travel nearly 20 miles to beg

Twenty beggars were moved on by police in Middlesbrough last week, though only one of them was actually homeless, as officers reveal the town is ‘plagued’ by professional con artists.

Police also revealed that some of them are claiming up to £2,000 a month in benefits and travelling more than 30 miles to beg for cash in Middlesbrough’s town centre.

One man, who was claiming benefits and living in a rented house in Loftus, north Yorkshire, made a 35-mile round trip into Middlesbrough just to beg for money.

The council is now asking people not to hand out money in the street but to donate to homeless charities instead. 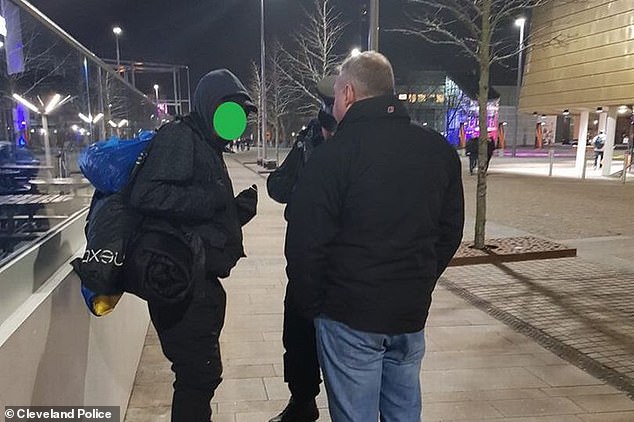 Police in Middlesbrough say that the town is being plagued by professional beggars, with some travelling more than 30 miles to beg for cash

The problem of professional beggars was first identified in the town in 2017 and police have been trying to clamp down since then.

Three men were arrested after ignoring the orders of officers who put a dispersal order in place over the weekend.

Middlesbrough Neighbourhood Police Team put the order – which gives them the power to stop people congregating in certain areas – in place to battle a rise in anti-social behaviour in the town centre in recent months.

On Friday and Saturday nights, a growing number of people have been coming into the town to beg at busy spots near pubs and nightclubs.

A spokesman for the neighbourhood team said: ‘Middlesbrough Neighbourhood teams policed a dispersal zone in Middlesbrough Town Centre over the weekend of Friday 22 and Saturday 23 February 2019. This was authorised by a Police Inspector due to the general high level of antisocial behaviour that can occur in the area.

‘This then has an adverse effect on the businesses and people in the area.

‘Due to the teams having a great local knowledge, we were aware of the high amount of people who are in the town on the Friday and Saturday evenings simply to beg for money.

‘As a police force one of our main concerns is for the safeguarding of the people in the town; this also covers those suspected to be begging. 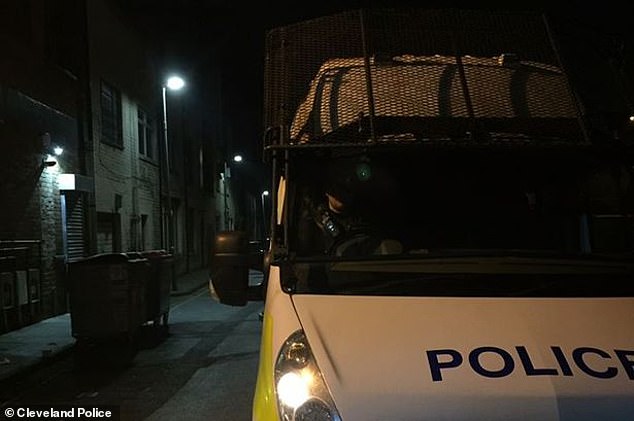 ‘Over the 48 hours operation, we engaged with 20 people who were suspected to be begging in the town centre – all of whom were also spoken to by MBC staff to see if they required any assistance with their accommodation.

‘However out of the 20 people only one person had no address and no live benefit claims and declined to engage with police or MBC. Of those 20 who were issued with dispersal notices, three males ignored them, continued in their behaviour – and were subsequently arrested.

‘One of the two males was arrested twice in a 48 hours period, having travelled from Loftus to beg.

‘We will continue to police the location and offer help to those caught begging, however please be reassured there is help there for them and nearly all are not homeless – despite their claims.’

The council published a report in 2017 identifying nine prolific street beggars in the town – and said eight of them were not homeless.

The council said: ‘Despite the public’s misconception that the streetbeggars are homeless eight out of the nine have accommodation,’ reads a report by the authority.

‘All are entitled to receive benefits including Housing Benefit and many have been assessed by the Department of Working Pensions (DWP).

‘Their individual circumstances often mean they are receiving upwards of £2,000 a month in benefits but are still choosing to generate additional income by begging.’

The authority states the ‘majority’ of the main offenders were hooked on heroin.

The issue of begging has long been a controversial topic in Middlesbrough.

Begging in Middlesbrough has proved controversial over the years, with former mayor Ray Mallon once described them as ‘criminals’.

He said: ‘Beggars are not homeless, they are criminals.’