Police chiefs ‘encouraged or tolerated’ undercover officers having sexual relationships with activists they spied on for decades, tribunal hears

Police bosses knew that undercover officers were having sexual relationships with activists they were sent to spy on for decades and ‘encouraged or tolerated’ it, a tribunal has heard.

Kate Wilson, 41, an environmental activist, was duped into a long-term relationship with undercover officer Mark Kennedy, who posed as a green campaigner, shortly after meeting him in 2003.

The pair had a ‘whirlwind romance’ for more than a year before they split amicably in 2005, when she moved to Spain.

However in 2010, Ms Wilson discovered Kennedy was a married police officer who had been sent to infiltrate the Sumac Centre, a community centre in Nottingham, as part of the Met’s National Public Order Intelligence Unit (NPIOU).

Kate Wilson (pictured), 41, an environmental activist, who entered a long-term relationship with undercover officer Mark Kennedy, is taking legal action against the Met and the National Police Chiefs Council (NPCC) at the Investigatory Powers Tribunal

Kennedy had sexual relationships with as many as 10 other women during his deployment, including one with a woman which lasted for six years before she discovered a passport in his real name.

He was one of half a dozen undercover officers from the NPIOU or its ‘sister unit’, the Special Demonstration Squad (SDS), who Ms Wilson came into contact with between 1998 and 2010.

But they deny that other officers, apart from Kennedy and his cover officer, known only as EN31, knew or suspected that Ms Wilson was in a sexual relationship with Kennedy.

Ms Wilson, however, argues there was ‘widespread indifference, or express or tacit encouragement’ for undercover officers to begin intimate relationships while they were deployed.

She says her relationship with Kennedy ‘was known or suspected by several other police officers, including more senior ones’ and was ‘part of a practice of permitting undercover officers … to enter into sexual relationships’.

In 2003, the NPIOU sent Kennedy to infiltrate the Sumac Centre, a community centre in Nottingham, which it said was ‘used by persons involved in extremism relating to animal rights, environmentalism, anarchy, anti-weapons and war issues and anti-globalisation’, the tribunal heard. 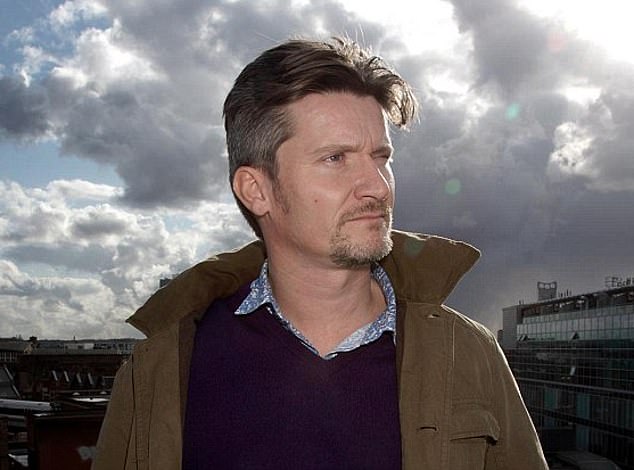 Mark Kennedy (pictured) was one of half a dozen undercover officers from the NPIOU or its ‘sister unit’, the Special Demonstration Squad (SDS), who Ms Wilson came into contact with

Ms Kilroy said: ‘In truth, it was a community space with a vegan cafe used by a wide range of people and groups.’

Kennedy was ‘told to develop personal relationships in order to gather pre-emptive intelligence’ on activists at the centre, with the help of ‘an extensive support system for the purpose of this long-term infiltration’, Ms Kilroy said.

He had ‘police-issued phones, laptops, passport and bank cards’, all in his false identity, and ‘had a police-issued van and a flat paid for by the police’, Ms Kilroy added.

At the time, Ms Wilson and Kennedy ‘did almost everything together’ and the officer ‘reported all his activities with (Ms Wilson) to his cover officer, EN31’, the tribunal heard, including visits to Ms Wilson’s parents.

Ms Kilroy said Kennedy ‘used her contacts, her organisational role and her standing to bolster his own credentials as an activist’, which allowed him to ‘infiltrate new protest groups, gather intelligence and maintain trust’.

She told the tribunal that Kennedy’s deployment was ‘an egregious and serious violation of her (Ms Wilson’s) rights’, which ‘debased, degraded and humiliated’ her.

She said: ‘What Mark (Kennedy) did could not have occurred without the express or tacit agreement or tolerance of other police officers.’

Ms Kilroy told the tribunal that Kennedy’s sexual relationships while undercover ‘resulted from a practice or culture’ within the NPIOU and SDS of ‘tolerating’ intimate relationships with activists. 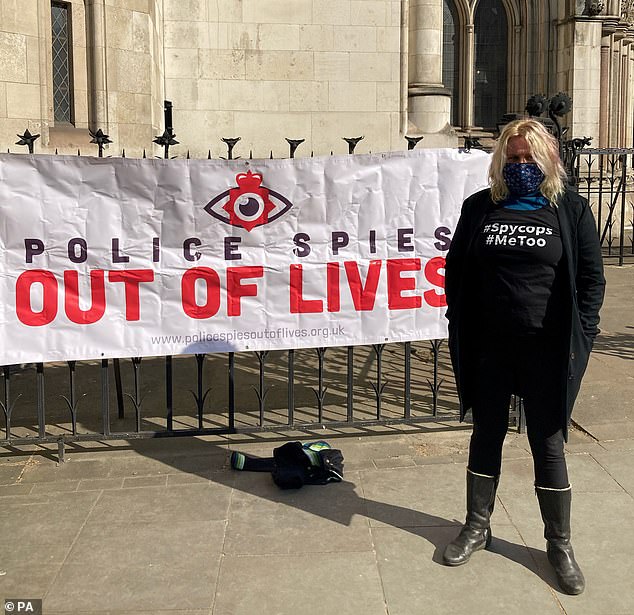 She added: ‘Mark’s conduct and the 11 relationships he had was a continuation of this practice, which only came to light and was only disavowed by the police when one of the women discovered Mark’s true identity.’

Ms Kilroy also argued that the practice was discriminatory against women, who were ‘unquestionably disproportionately affected’ by it.

However, Ms Kilroy said the Met and the NPCC ‘do not accept any of this – they will not take any systemic or organisational responsibility for the occurrence of the sexual relationships’.

She added: ‘It is the respondents’ failure to accept any wider responsibility for what has happened which is the reason why this claim continues.

‘The police have been given extraordinary powers under the Regulation of Investigatory Powers Act.

‘In the claimant’s case, and that of many other women, these powers were seriously abused over decades, until an accidental discovery by one of the women exposed the abuse.’

In a statement before the hearing, Ms Wilson said: ‘The police want us to believe that a top intelligence unit was so incapable of interpreting basic human interactions that they had no idea that we were boyfriend and girlfriend. I just don’t believe that.

‘My relationship with Mark Kennedy was documented in great detail in their secret reports for over 18 months.

‘I am one of many dozens of women deceived into this kind of relationship by deployed undercover police officers. They used sex with women to gather ”intelligence”.

‘The evidence suggests a ”don’t ask, don’t tell” approach by senior officers embedded in a culture of misogyny and mission creep. I have no doubt that the police are institutionally sexist.’

The hearing before Lord Boyd, Mrs Justice Lieven and Professor Graham Zellick QC is expected to finish next Wednesday and it is likely the tribunal will give its ruling at a later date.

Robert Pattinson Sounds Off On Pressure Of Portraying Batman

Vanessa Hudgens Is Starring In A Royal Netflix Rom-Com, And Twitter Thinks It’s A Ripoff Of A Barbie Movie