The majority of British voters still want the UK to leave the European Union and just shy of a third want a No Deal split, according to a new poll.

A YouGov survey of more than 1,600 people revealed that some 28 per cent of the electorate is in favour of a No Deal divorce from Brussels.

And 13 per cent of people support a split on the terms secured by Theresa May while 16 per cent want a softer Brexit.

The poll, conducted for The Times, suggests that some form of Brexit is favoured by 57 per cent of voters.

However, remaining in the EU received more support than any of the other single options.

Some 43 per cent of people want Britain to continue with its membership of the EU.

Meanwhile, the latest YouGov poll has the Conservative Party and The Brexit Party neck and neck.

Both parties were backed by 22 per cent of voters when they were asked who they would vote for at a general election. 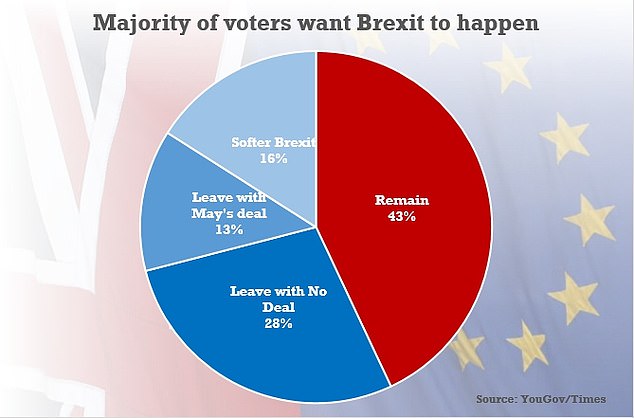 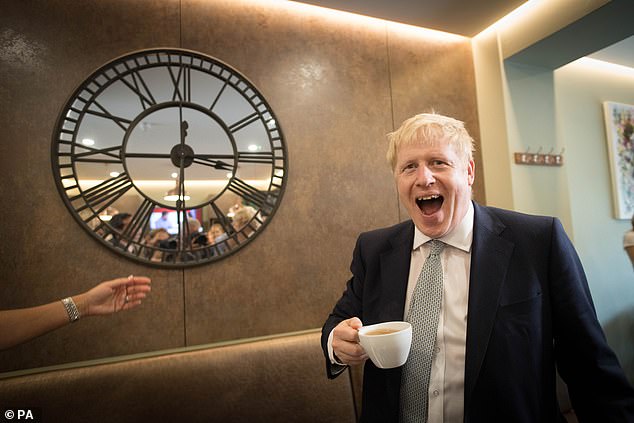 Boris Johnson (pictured in Oxshott, Surrey yesterday) said he would deliver Brexit by October 31 ‘do or die’ as he categorically ruled out a further delay to the UK’s departure from the EU 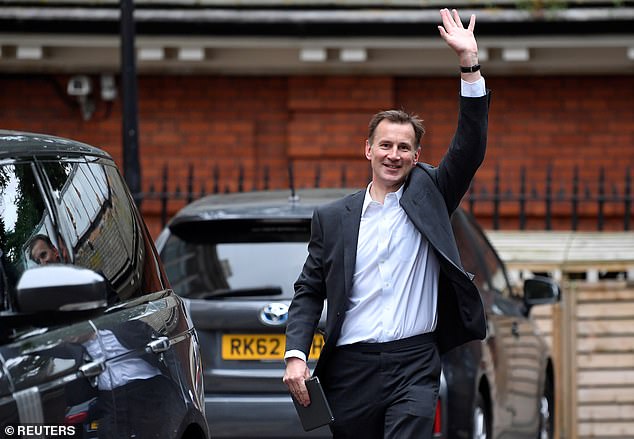 Labour was preferred by 20 per cent of voters, just one per cent ahead of the Liberal Democrats on 19 per cent.

The Westminster voting intention poll appears to highlight the importance of Brexit to both of the main parties.

Tories believe that if they are able to deliver Brexit by the current October 31 deadline then they will be able to win back many of the Eurosceptic voters who have jumped ship to support Nigel Farage’s party.

Many in Labour believe that if they adopt an unambiguous pro-Remain stance they will be able to persuade Europhile voters disaffected by the party’s current position to ditch the resurgent Lib Dems who have won support with their ‘Stop Brexit’ pledge.

A failure by the Tories to deliver Brexit and a failure by Labour to clarify whether it wants to leave or remain will put both parties on course for devastating losses at a potential snap general election.

Many in Westminster believe an early general election is possible if Theresa May’s successor fails to secure a better deal from the EU and Parliament again moves to block No Deal.

Boris Johnson, the favourite to win the keys to Number 10, categorically ruled out a further Brexit delay yesterday as he said he would meet the October 31 deadline ‘do or die’.

But Jeremy Hunt, his challenger, has suggested he would agree to a further delay if more time was needed to secure a deal. 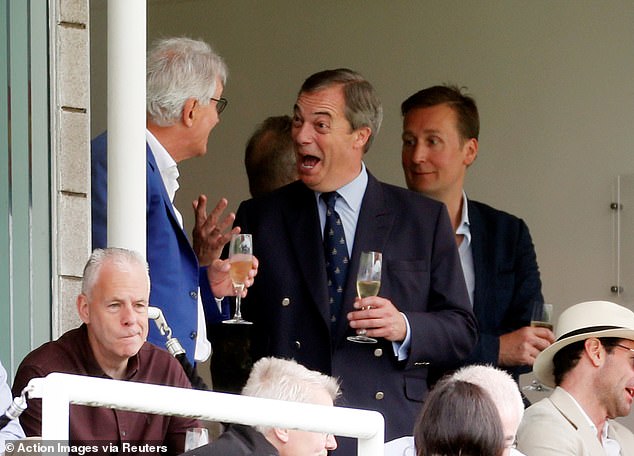 Nigel Farage (pictured yesterday at Lord’s Cricket Ground) and his Brexit Party are tied at the top of the polls with the Tories despite the fact it is only a matter of months old.

A separate poll published yesterday found 59 per cent of Tory members believe the new PM should try to renegotiate the current deal but if agreement isn’t reached take the UK out of the bloc without a deal in October.

Some 24 per cent of the Tory grassroots said they would prefer the next leader to stop negotiations and focus on preparing for No Deal.

Just six per cent of Conservative Party members believe the next PM should seek to renegotiate and seek a further Brexit delay if a deal is not agreed by Halloween.